Photo by Francesco Paggiaro on Pexels.com

Fire: “What are you doing here? Fool. I’m god on earth now. You’re neither wanted nor needed. It’s over.”

Fire: “Bah. In war, it is I who kills. Flame-throwers, the gunpowder propelling bullets, bombs, and best of all, but rarely used, atomic fire. Oh, it warms my heart to see all that death and destruction.”

Ice: “Yes, but I am your best partner, though you know it not.”

Photo by Simon Matzinger on Pexels.com

Fire: “You? Hah. Okay, I grant you, frostbite and cold have destroyed the bodies of many. Napolean and Hitler and Lord knows who else’s armies. But still.”

Ice: “No, you’re foolish and rambling as ever. I’m not talking about how I can help you kill. I’m talking about how I prepare the ground for you. Make people not care. Encourage the turning of a cold shoulder, a blind eye. Without me, people might never turn to you. Without me, how could they contemplate intentionally ignoring the truth? How could they embrace the litany of lies that lead to war? Who would willingly kill others if they clearly saw how useless and cruel it all was?”

Fire: “Yeah, yeah. I doubt it. Fire begets fire. Hate begets hate. What does your little chill of indifference have to do with it? Be gone or I’ll melt you to water. Boil you to steam.”

Ice: “Perhaps. But I might douse you to smoldering embers. I suggest you think about it. We can work as partners. Each making the other stronger. Actually, we have been partnering, but I’ve never gotten the credit I deserve! You’ve ignored me too long.”

Fire: “Hah! Not nearly so much as you have ignored me! You’re useless without me!”

Ice: “Fine, if that’s the way you feel, then this is goodbye! Forever.”

Humanity decided to open its heart; embrace empathy; dismiss the lies of “other” and instead loved everyone as sister and brother. Fire shook his coronal locks in disdain and slunk off to reinvigorate himself in the core of a distant star.

Ice regained his rightful throne at the poles of the spinning emerald and sapphire planet. He abandoned the heart of humanity. Unbridled greed became nothing but the shadowy memory of a bad drug trip or a recurring nightmare — still scary to contemplate, but powerless to destroy the trajectory of life’s grand and glorious growth. 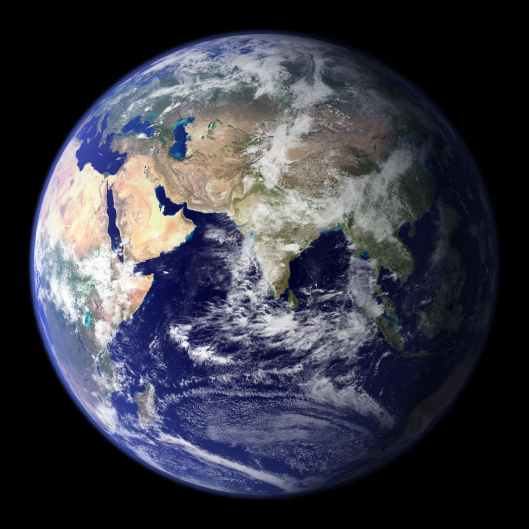 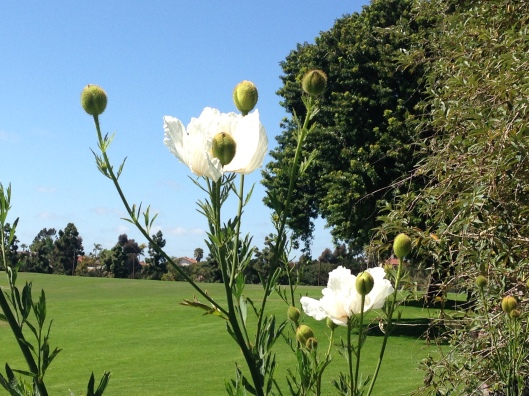 In the San Diego area, where I live, people really do often say, “Have a nice day.” And, generally, that happens, at least weather-wise. It is typically between 55 and 75 degrees Fahrenheit (13 to 24 degrees Celsius) year round. Right now, we are having a slight heat wave. When I went to play tennis this morning, I filled a cup 2/3 ice and 1/3 water to help me stay cool and hydrated on the court. Although we played at 8:30 am, the temperature on the tennis court was already high. As I filled my cup (to almost running over), I was once again struck by the odd properties of ice.

One of those properties is that ice is less dense than water. Ice floats. That turns out to be a good thing. But it’s also an unusual thing. Many substances contract as they get colder and expand as they get warmer.

Just contemplate that astounding fact. It takes as much heat energy to change a cup (or any other amount) of ice to water at that same temperature as it does to heat that ice cold water up to way beyond scalding.

You do! Or at least you should. Because all that ice that is melting at the Arctic and in Iceland and in Greenland — that is a big frigging deal!

And I think you would immediately know it’s a big frigging deal if Global Warming heated the ice cold water in the Arctic Ocean to scalding water that was so hot it killed all the fish, dolphins, whales, crabs, and seaweed in the ocean. It would kill you almost instantly if you tried to swim in it.

Photo by HAMID ELBAZ on Pexels.com

Actually, what is happening is worse than that.

Why? Because although water is reflective, it is not nearly so reflective as ice covered with snow. Chances are, you may have heard the expression “snow blind” which is a temporary blindness caused by the sunlight bouncing off snow and hurting your retina. But you have not heard the expression “water blind.” Although there can be glare off the water, it is not nearly so severe. So, when the ice melts, it not only represents a huge change in heat energy; it also speeds up the further heating of the planet. The sunlight once reflected off of ice covered with snow and that helped keep the planet cooler. In those areas where the ice and snow have melted, much less of the sun’s energy is now reflected off into space.

Actually, what is happening is worse than that.

Why? Because the arctic heat is also thawing permafrost in arctic lands. This means that methane which is trapped beneath the permafrost is being released into the atmosphere. Alas, methane, like Carbon Dioxide, is a greenhouse gas. So, the increased level of Carbon Dioxide in the atmosphere is not only itself causing the planet to heat up; it is also releasing huge quantities of another greenhouse gas: methane.

Unfortunately, in the first two decades after being released into the atmosphere, methane is 84 times as “effective” as Carbon Dioxide at trapping the heat energy in the earth’s atmosphere. Agro-business and manufacturing also produce methane. This means more warming and less ice.

As it turns out, there are many possible variations of ice. The exact number of different types varies depending on what “counts” as another type. You know that “solid ice” is different from frost and snowflakes and candle ice. Under extreme pressures, many kinds can be produced in the laboratory. But none of them is Ice Nine.

Ice Nine is a science fiction substance created by the mind of Kurt Vonnegut in his wonderful book, Cat’s Cradle, which is well worth the read.

In Cat’s Cradle, a scientist discovers another form of ice which “freezes” at room temperature. Not only that; if even a tiny “seed” of this Ice Nine touches a larger body of water, that entire body of water will turn into Ice Nine. So, an over-arching suspense arc of the book is whether or not humanity will be able to “contain” Ice Nine or whether it will basically destroy life on earth.

Ice Nine is fiction. But global climate change is not fiction.

Whether we humans can get our act together in time to prevent turning Global Climate Change into Global Climate Disaster is not clear. Many people are working very hard to prevent that. But many other people apparently think it will happen after their individual life is over so they don’t really give a damn about how many of their descendants will suffer or how many other life forms they destroy. And a few people, those I call SHRUGS (Super Hyper Really Ultra-Greedy Swindlers), are actively trying to hasten the Global Climate Disaster by rolling back environmental regulations, setting forests afire, and denying that Climate Change is real.