Sometimes, the external world changes. One day it’s sunny. The next day it pours.

If you go outside on the sunny day and you enjoy it, that’s wonderful.
The next day, however, as I said, rain comes.
Sadly, you must go to the grocery store.

You have a choice: You can be like Albert and take a look out the window at the rain and decide to wear a rain coat and take an umbrella. 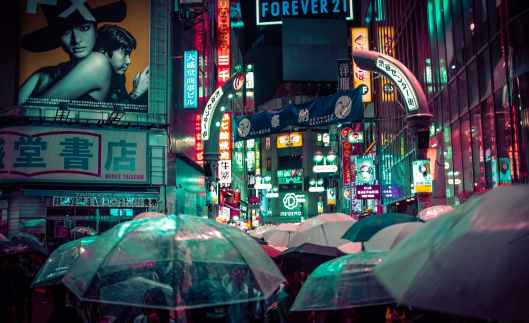 Photo by Alex Knight on Pexels.com

Or
You can be like Teeny and refuse to look out the window. Instead, you open up the refrigerator door and you look inside. “No rain! Good!”  And then, remembering how much fun it was to walk in the sunshine, you stride out the door confidently in your nice casual clothes and soon to be soggy sweater.

Photo by Ghazi Sakouhi on Pexels.com

I’m sure all of us, at one time or another, have played the part of Teeny. Despite all evidence to the contrary, we insist that: we’re not really getting any older/heavier/slower/thinner/more hooked/ etc. To be exhaustive would be exhausting because it’s a long list, but you get the idea.

Photo by Candid Shots on Pexels.com

There are more subtle forms of the update problem.

Suppose that Albert and Teeny go to a speech by someone, let’s call him ConMan, who touts himself as an extremely successful entrepreneur and that, for a price, he can teach you to do the same. It all sounds quite interesting and plausible to both Albert and Teeny. They each send in a check for $50 to get their first set of training materials before they make a commitment for the $5000 investment which will allow them to eventually become millionaires.

The next day, Albert and Teeny see a headline in the newspaper that says that ConMan is under indictment for mail fraud, copyright infringement, and running a pyramid scheme.

Albert turns to his friend and says, “Crap! We’ve been had!”

Teeny says, “Not so fast. Let’s hear his side of the story.”

And sure enough, on the nightly news there were three stories about various unethical and criminal actions of the ConMan (involving a person, a man, a woman, a camera & a TV and by the way, isn’t that basically what you need for a porn film? Curious coincidence #422) .  And, then, ConMan appeared on TV and said, quite sincerely, “It’s all lies. It’s all just my enemies trying to take me down so that immigrants can come here and ruin everything and take everything and rape your wife and kick your dog and I’m a stable genius and you must ONLY listen to me and to NO-ONE else because I might have to kick them under the bus too. And many people, the best people, my people, the real people, the ones who send me contributions so I can keep this wonderful money-making machine we call CONMAN ENTERPRISES going and I want to share that wealth all that unimaginable wealth with all of YOU and that’s why you must do *whatever it takes* folks to keep me generating money for YOU.”

The station switches to a commercial break and Albert’s well practiced finger taps mute before a single lying phoneme spews out about the wonder drug that will at last cure the heartbreak of having to sleep every night.

Photo by Karolina Grabowska on Pexels.com

Albert laughs and looks at Teeny. “Well, I guess that settles that!”

After picking his jaw back up off the floor, Albert says, “WHAT? You can’t be serious! That was the most unconvincing nonsensical and irrelevant excuse or lie or whatever you want to call it that I’ve ever heard. He’s a self-serving ConMan.” 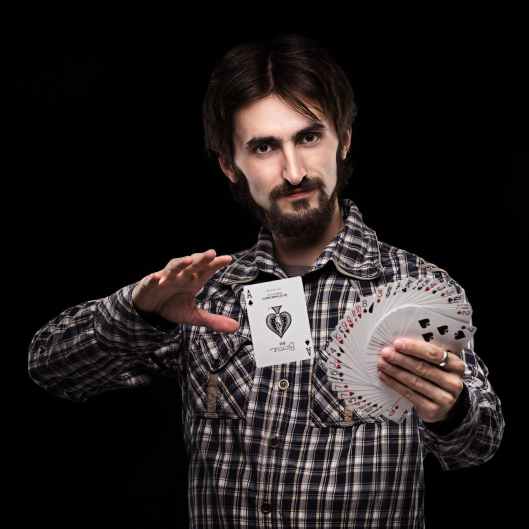 Photo by Nikolay Ivanov on Pexels.com

Teeny scrunches up his face and says, “OKKK, but I’m still going to take his course and become a millionaire.”

Albert shakes his head as though it had been a struck tuning fork. “WHAT?! What are you talking about? Don’t you understand? He doesn’t know anything about making real money. The only ‘business’ he’s in is making money off suckers like you and me. And, he’s going to jail for it!”

“Not if we can prevent it,” Teeny said.

Teeny crossed his arms and literally said “Hmph!” as though he had been cast as a cartoon character in an early Bugs Bunny cartoon. Perhaps Leghorn the Chicken. Yeah, that works.

Anyway, Albert joined a class action suit to get his $50 back.

Teeny was still looking to become a millionaire based on ConMan’s con so he sent another $5000 to the ConMan and joined a protest to free ConMan.

Teeny found out that ConMan was indeed a con man. But Teeny did not update his brain to the implications of that knowledge. Or, he found the update so painful that he decided he would just pretend not to know.

Myths of the Veritas: The Forgotten Field

Myths of the Veritas: The First Ring of Empathy

In case you missed the Bill Barr hearing, here is a slightly satirical summary. I say “slightly” and I long for the days when I could not have added that modifier.

If you have the courage, you could go beyond Albert and be more like John Lewis. Courage, strategically applied.

23 thoughts on “Essays on America: The Update Problem”