Photo by Juris Freidenfelds on Pexels.com

“No, Donnie, I told you. You’re not getting a dog until you show me that you can handle more responsibility.”

She turned away from the sink and checked the front of Donnie’s pants. “I know, Donnie. That’s a good thing. Believe me, Fred and I are very proud of you for that. But neither one of us has time to take care of a dog. You have to help out around the house.”

“But, I don’t like housework, Mommy. It’s for bitches. Not for young men.”

Mom sighed. She shook her head. “Do I have to wash your mouth out with soap? Don’t use that word!”

Donnie pretended not to understand. “I’m not supposed to say, ‘housework’? How come?”

Mom said, “Donnie, there’s nothing wrong with saying ‘housework.’ Or, doing it, for that matter. But don’t say ‘bitch.’ It’s not nice. If you talk like that no-one with an ounce of sense will make friends with you. It shows a lack of self-control.”

“Donnie, no. Just no. Can you dry the dishes for me? That’s something a ten year old should be able to do.” 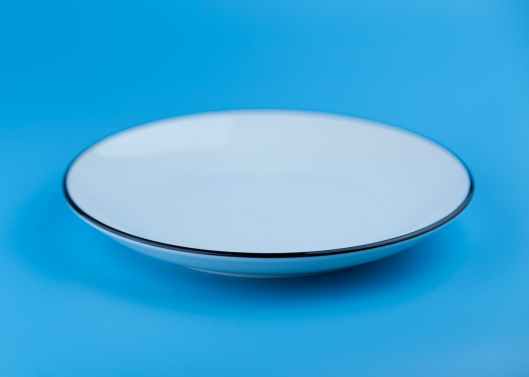 Photo by jamie he on Pexels.com

“Where did you get such a filthy mouth anyway? I don’t talk like that. Anyway, if you can’t even help me do the dishes, how do you expect me to think you’ll take care of a dog. I told you. It’s a lot of work.”

Donnie smiled. Suddenly, he was afraid he was going to laugh. He stuck his fingernails into his palms to keep from laughing at how stupid his mommy was. “I do lots of work!”

Mom put the last dish on the drying rack. She turned to look at her son. “Donnie, you don’t do any work. I asked you yesterday to rake leaves. You didn’t do that. On Monday, I asked you to weed the garden. You didn’t do either one. I’m not getting you a dog.”

“I’m not peeing my pants! And I did rake the leaves. I couldn’t weed the garden because my hands would get dirty! Then what?”

Mom took town a dish towel and begin drying the dishes. “Donnie, Junior raked the leaves. Not you.”

“Is that what he told you? What a liar! He just told you that after I raked them! He’s a liar! Why do you let him get away with that? Why Mommy? Is it because no-one loves me?”

She stopped drying the dishes. She wiped her hands and turned to look at her son. “Donnie, of course, we love you. We all love you. But you did not rake the leaves. Why do you say you did?”

Donnie yelled, “HE LIED! HE LIED! I HATE FRED JUNIOR! HE LIES! HE TAKES CREDIT AFTER I RAKE THE LEAVES!”

“Donnie. Do you see the picture window in front by the dining room table? I sat right there and polished the silverware and watched Junior rake the leaves. You went over — twice — and tried to wreck up the stack he was making. You did not help at all.”

“That was me doing the raking, Mommy! I was the one who raked the leaves! Junior was trying to wreck up the stacks. Maybe we — I think we were wearing each other’s coats. That might have confused you. Did you have your glasses on?”

She sighed. What the hell…? “Donnie, he’s a head taller than you. He wouldn’t even fit in your coat. I know what I saw.”

Donnie saw it was time to shift gears again. “It may have been really foggy. I don’t know how you got confused. But you only know what you think you saw. I was there and I remember the leaves, but let’s not fight. I love you. I don’t want to upset you. I just want a dog. What do you think?”

Photo by Steve on Pexels.com

“Donnie. No.” It was exhausting to deal with this kid. Sometimes, I wonder why I even try. Maybe a boarding school is the answer. Maybe a dog would teach him some responsibility. But it wouldn’t work. I’d just end up picking up the poop, feeding the dog…”I’ll tell you what, Donnie. I’ll talk to Dad and see what he thinks about getting you a hamster. If you take care of that for a year, on your own, then we can talk about getting a dog. How about that?”

Donnie thought about it. A hamster is better than nothing. Not as much fun as a dog. But maybe I could trade it for a dog. Susan might be that stupid. Or Lindsey. They’ll believe anything. Worth a try. “Oh, Mommy, that sounds great! Can we go now? Can we get it NOW! How about now!”

Mom was already beginning to regret her impulsive offer. “Donnie, I told you that I was going to discuss it with your father. If he’s okay with it, we can go to the pet store on Saturday morning. But I’m not taking care of it. You have to feed it and provide water and clean its cage. Understand?”

“Oh, yes, Mommy! I understand. I’ll do all the work. Or pay someone else to do it. I mean if I’m out of town or something.”

Sure enough, that Saturday, Donnie went to the pet store to get a hamster. It was teeny and pathetic. He could easily crush it with one hand. It hardly counted as a weapon of protection. But maybe if I take care of the hamster, he reasoned, they’ll get me an attack dog later.

Photo by Ellie Burgin on Pexels.com

It was a bright sunny day out, so he took the cage out. Junior and Maryanne were off with their friends. Mommy had said to stay in they yard, but she wouldn’t mind if he went next door to the vacant lot. There were some things he needed to check out about his hamster. Things he wanted to do in private. He didn’t even know yet whether it was a boy or a bitch. There was a nice little grassy spot in the sun on the other side of the fence. He put the cage down and stuck his hand inside. Stupid Hamster was easy to catch. At least, in the cage it was. Maybe “Stupid” is a good name for him. Or her, he reminded himself. The pet store people had said it was a male, but Donnie had his doubts. He didn’t notice anything hanging out down there. Well, this time, he’d get a good look, away from prying eyes.

He pulled back the fur and looked everywhere. Nothing. If the Hamster did have a thingie it was even teenier than his own. That made Donnie feel good. And feeling good reminded him of tearing apart grasshoppers. And that made him wonder whether he could get the Hamster to eat a grasshopper. Now, that would be fun to watch. He scanned the nearby area but didn’t see any grasshoppers. He could look by the tall weeds, but that was too much work. All of a sudden, it hit Donnie that while a hamster was a lot less work than a dog, it was also a much stupider pet. Not only would it not protect him. It wouldn’t fetch. It wouldn’t go on walks. What good is a stupid hamster, with such a teeny thingie you couldn’t even see it.

He wondered if it’s little paw fingers would break off like the grasshopper’s legs. That might be fun. But the grasshopper was hard. This hamster was soft like a snot rag. You couldn’t really break a snot rag. So…? It wouldn’t be that much fun. But people could break bones. So, maybe I could break hamster’s bones. It wouldn’t be as much fun as pulling its legs off, but it would be some fun. Then, he suddenly remembered his magnifying glass! The teacher had just had one of her boring science classes but one thing was cool. She had started a fire just by focusing the Sundays onto a piece of paper. And the paper had burned to a crisp when so many Sundays all came at once. Donnie could relate. Sundays were always boring. 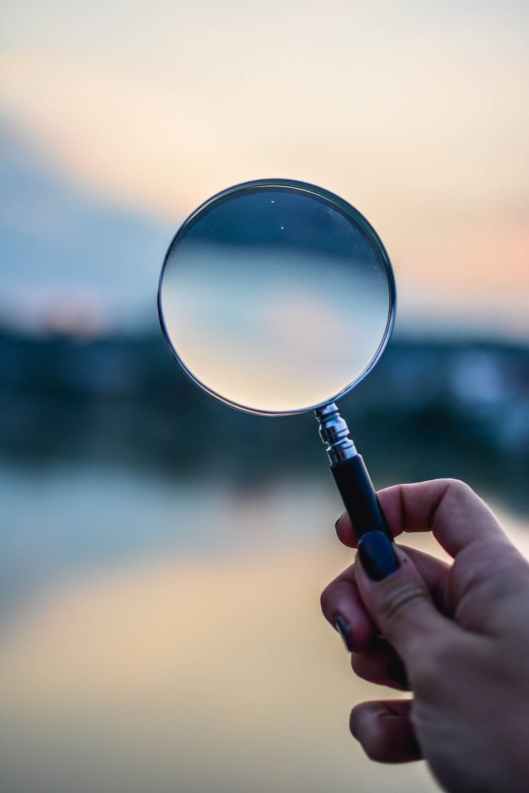 Donnie decided it would be fun to see how the stupid hamster reacted if he set different parts of it on fire. He took the magnifying class out of his pants pocket. He grabbed the hamster and held it tightly in his left hand. Then he took his magnifying glass and played it back and forth to focus on the hamster’s nose. That would hurt! But the stupid hamster kept wiggling and wouldn’t hold still. “HOLD STILL you stupid bitch! OUCH!!” Donnie dropped the hamster onto the grass.

The hamster bit him! How dare he! I will burn that bitch to a crisp, he thought.

Donnie jumped and screamed in sudden surprise at a voice so near. He jerked his head and saw Junior standing there with a frown. “Junior! Just in time to help me. My hamster jumped out of its cage and it ran away. Help me look. Help me find him! Look over there by the tall weeds. I’ll look this other direction. He can’t have gone far. Please! Help me! Mommy will kill us if I lose it the very first day!”

Fred walked casually toward the tall weeds and asked, “Why were you yelling at it?”

“Let’s find him and I’ll explain it all.” Donny ran off across the property line and leaped up the stairs to the back porch. He flung open the door. “Mommy! Mommy! Junior threw out my hamster! He’s lost! We can’t find him! Oh, Mommy. Mommy. Come help us look!”

Mom was growing slightly more skeptical of Donnie’s claims, but her first instinct was to believe her own son. “Why would he do that, Donnie? Are you sure?”

“Come help me look! Quick Mommy or will never find him. Junior said he never had a hamster so why should I get one. And then…”  At this point, Donnie put both hands over his face and pushed it into a sad face. But it wouldn’t stay. He’d have to keep it covered, he decided. “Then, he took the top off. I thought he just wanted to pet my hamster. But no! He threw it in the bushes! I’m scared a wolf might eat it! Or, a bear!”

They quickly strode out to the vacant lot. When they got there, they saw Junior hunkered down staring into the tall weeds. Mom yelled out, “Junior! Why did you let Donnie’s hamster out?”

“I didn’t let his hamster out. He dropped it.” Unlike Mom, Junior was onto Donnie’s tricks, or at least some of them.

Mom opened her mouth, but before her lips even parted, Donnie began his fake crying, “No, Mommy. No. That’s not true. I was petting it inside the cage but Junior said he would show me. And he took my hamster and threw it over there somewhere.”

Junior looked at his mother and shook his head. “Why would I care if Donnie has a hamster? Really? Seriously? And why would I look for it if I threw it out. And if I did throw it over here and Donnie saw me then why did he go “looking” the other direction?”

Mom looked questioningly at Donnie who smiled his biggest possible smile. “Mommy? Can I please have a dog now?”

17 thoughts on “Donnie Gets a Hamster!”