“Good God you’re stupid, Donnie. I thought I was a bad student. Look at these grades? What’s wrong with you!” The longer Donnie Boy’s dad Fred screamed, the purpler his face became. His voice grew steadily louder and less intelligible; his gestures grew wilder and more erratic.

Donnie held his head appropriately low and his eyes were on the floor. He pretended to be mortified, but let’s take a peek inside Donnie Boy’s head and see what kinds of semi-thoughts slither around in there.

Donnie Boy gritted his teeth and thought: Like I really give a flying fruck what you think. He squeezed his hand extra hard to put a grim and sorrowful look on his face, but not enough to cause real pain. If he showed a tear, he would bet a righteous beating. “Yes, Daddy” said Donnie boy as he thought silently, Some day I’m going to bury you. Bury you. Bury you. Like Khrushcheat Hah. So there!

The front door swung open and Mommy twittered into the kitchen. One look at the expression on her husband’s face told her that it was going to be one of those nights. “Hello, dear. Would you like me to make your dinner now? I got some nice —- “

“Where the F### have you been, B####? Why isn’t my dinner on the table NOW? This piece of crap apparently got your genes in the smarts department! Look! Look at his report card! If you know how to read it. Can you read a report card, dummy? He’s hardly worth the trouble to even whip. Here. You do it for once. I’m going out.” At this point, Fred slipped his belt out from the loops of his pants and doubled it up. He sprang at his wife and drew his arm back. He saw his wife flinch and that made him laugh. “Don’t worry, idiot. I’m not going to hit you. Not now. But when I get back, I’d better see 20 lashes on that boy’s butt or you or going to get double. And those other two as well. And, beat some sense into him while you’re at it.”

Fred slammed his way out the door. Mary walked over to her son shaking her head, “I’m sorry Donnie Boy, but you know what I have to do. You heard him. I’m not going to beat Maryann and Junior because of your laziness. Turn around now, like a good boy and drop your drawers.”

Donnie Boy flinched, “But Mommy! I didn’t do anything bad! The teacher just doesn’t like me! I know it all! Ask me anything. I know everything! I deserved all A’s but she failed me because I wouldn’t show her my thingie.”

“Donald, I think you’re just trying to get out of a beating. Now let your pants down.”

“What are you talking about? You failed and got a D. It doesn’t have anything to do with Fred.”

“Well, it is Mommy it is. But please don’t make me tell you. Please. Fred will kill me if he finds out I told you.” Even at his tender age, Donnie had learned delaying tactics that gave him time to make up a lie. He thought: This will be better. It’s one kid against another. They would believe the teacher, but whether it’s me or Fred? Who knows? I’ll just keep lying and at least they will doubt whether it’s true.

“Donald, you’d better explain and explain good or I’ll whip you twice as hard. You know I don’t want to, but I get tired of your lies! Now how is it your brother’s fault that you have bad grades.”

“OK, Mommy, I’ll tell you but please, please, don’t let Fred find out I told you. He’ll kill me. Well, maybe he won’t, but those bad friends of his will.”

“What bad friends? What are you talking about?”

“Well, Mommy, I had to skip so many classes because I had to go earn money to help Fred pay back all those gambling loans to those bad people and I was afraid — well, Fred said not to tell anybody because both of us could go to jail and I didn’t do anything illegal. I was just trying to help my brother! Fred said if we didn’t get the money and we didn’t want to ask Daddy or you because really that wouldn’t be fair. Even Fred and I agreed on that. We wanted to solve our own problem. Isn’t that what you said we should do? Isn’t it Mommy?”

Photo by Javon Swaby on Pexels.com

“Of course, Donald, but what gambling? What friends? What are you talking about? Where is your brother? It’s dinner time.”

“I know. I mean, I know he should be here. I hope he’s okay. I think tomorrow was the day he really needed the money for. But those bad people…they might not wait. I don’t know. Maybe we should go try to find him? I mean, before it’s too late. Anyway, I know if we solve this problem of the money for Fred, I can easily get my grades up! It’s not like I don’t know the material. I know it! Oh, I know it! But I missed some test. If Fred just had like $500, we could pay them off — he swears he’ll never gamble again! But I — all that time I worked I only made $5.”

“Donald, are you making this up? Tell me honestly.”

“Oh, Mommy, it’s true. And, you know I love to talk with you but … I’m worried about Fred. He should be home. You’d better let me take him the money. I can run faster and you … Mommy … so beautiful a young lady would … the only women who are there after dark … well, I know it like the back of my gigantic hands. I think it’s the only thing we can do — and then we won’t have to tell Daddy. He would kill Fred! You know he would! Let’s keep it to ourselves. Okay?”

“All right, Donald. Are you sure you’ll be all right?”

“Oh, I’ll be all right, Mommy! Don’t you worry. But let’s just never talk about it again. Okay?”

“All right, Donald. I’ll be right back. You stay there.”

Photo by Karolina Grabowska on Pexels.com

Mary went into the bedroom and went to her side of her closet, knelt down and pulled out a shoe box. In the shoe box was the money she had saved for herself — for a rainy day — sometimes, she fantasized about using the money to skip town. But then, she thought about Fred Senior tracking her down. It would be worse — much worse — than the usual beatings and rapes. So. What better way to use it than to save my son’s life.”

Meanwhile, Donnie Boy peered through the crack of the door and saw the secret hiding place for Mommy’s Cash. He had long suspected that she had such a treasure and now he knew for sure and he knew where. He slowly shuffled back to where he had been.

Donald stood with a pleasant but serious look on his face as his mother handed him the envelope.

“Be careful, Donald. Are you sure you’ll be safe?”

“I swear, Mommy, I won’t put myself in any danger. I should go!”

Donald tucked the envelope into his pocket, turned on his heel and shuffled to the door and closed it behind him. He walked to the corner, turned right and went about half a block were there was a bus stop. He knew Fred would soon pass by here on his way home from the library. He had asked Donald to tell their folks that he’d be home at 7pm sharp. Of course, Donald said no such thing and had not planned on it, even if he hadn’t gotten in trouble for his report card. 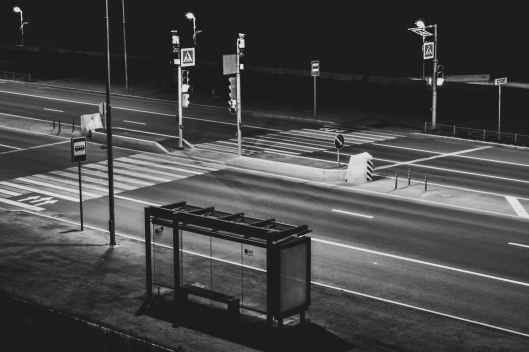 Photo by Alexander Kovalev on Pexels.com

Donald shivered slightly in the damp air and pounded his shoulders with his teeny hands. A few moments later, he recognized the form of his older brother. “Hey Fred! How’s it going?”

“Hey, Shrimp. What are you doing here?”

“I thought I’d come give you a heads up about what’s going on at home.”

“Oh? Why, Shrimp, is anything wrong.”

“Well, Fred, Mommy didn’t have dinner ready and you weren’t there and Dad got all made and stomped out. He broke some stuff and we need to clean it up. Meanwhile, Mommy’s not in a very good mood, as you might imagine. Probably best not to say much to her tonight. Then, we should go to bed early and pretend to be asleep. Maybe Daddy will be too drunk to beat anybody. I don’t know. We can hope. Just don’t say much to Mom.”

“Sure thing, Fred. That’s what brothers are for!”

No-one in the family ever mentioned the $500 ever again. Donnie Boy used it for his own purposes — purposes that are beyond the boundaries of the sensibilities of the vast majority of people to even wish to read about. 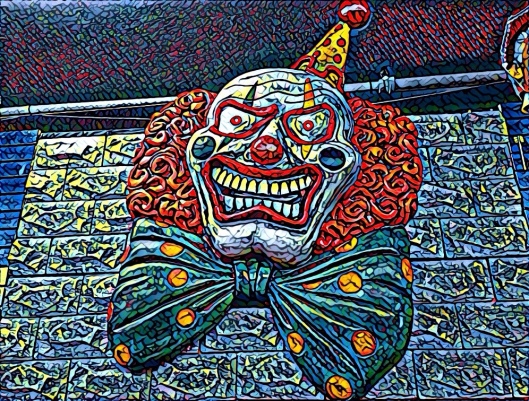 Donnie Gets his Name on a Tennis Trophy

9 thoughts on “Donnie Lets his Brother take the Fall.”