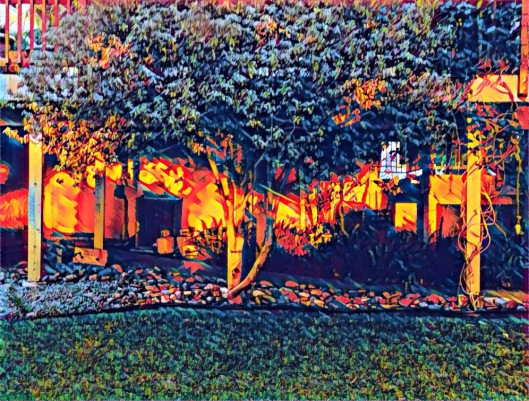 Consider music for a moment, or better yet, listen to some and you will note that the silence is just as important as are the notes. Increase or decrease the silence in a tune by a factor of two and it becomes a different, and in most cases much worse, tune. 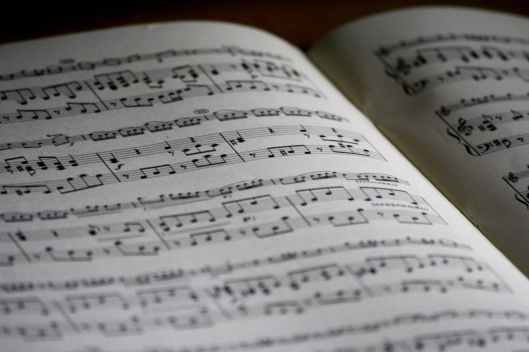 The same can be said of great acting whether on stage or in a movie. The silence while we wait for the actor’s response to some news — while they are saying nothing and possibly even showing nothing or very little on their face, can often be the most poignant and moving parts of the picture. If the actor reacts “too quickly” with no space, we can tell that the stimulus presented is something that they “trigger” on because they are upset about it or trying to deny it. The leading man, for instance, asks a seemingly innocent question on a first date, such as, “So, do you like French Cuis…” “NO!” she cuts in. The audience’s attention is immediately drawn to see what comes next. The response that is too fast indicates a “sore spot.” Did the leading lady want to become a French chef? Did she just end a love affair with a Frenchman? What is going on here? 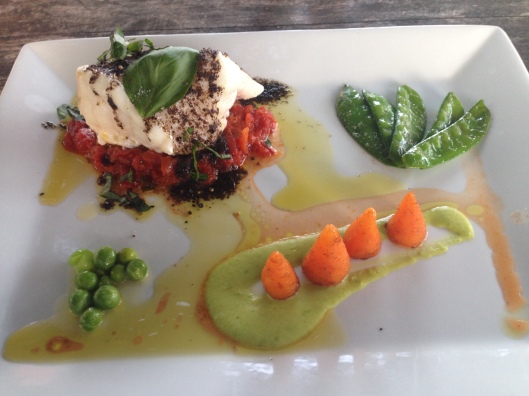 On the other hand, imagine the leading man, says, “So, do you like French Cuisine?” One beat, two beats go by. No answer. A long pause. The leading lady’s face shows nothing. Perhaps she tightens her lips ever so slightly or frowns to the slightest possible extent. The pause continues. The leading man tilts his head as though to ask whether she’s okay. Finally, we come to expect a tirade about the French or French Cuisine or French wine or … something. Instead, after this long pause, the leading lady says nothing but punctuates her silence with something that sounds like a cross between a humorless laugh and a karate grunt. There are probably no words she could have said which would have intrigued us more than the non-response. We think, “What the hell is going on with her and French Cuisine?” 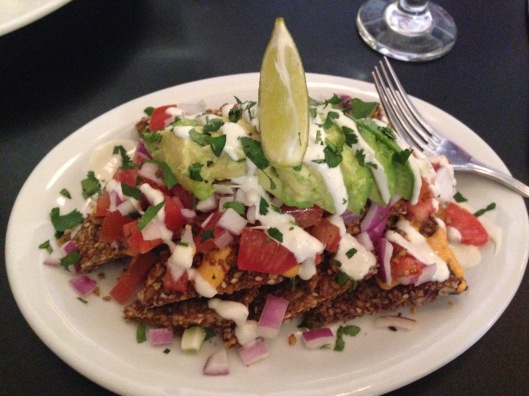 Speaking of French Cuisine, when you go to a fine restaurant, your focus is on the food. So too is the focus on the chef and the server. But the space is important as well. It is annoying when you are paying good money to have a nice dining experience and you are shown to your table, given menus and then ignored for the next twenty-five minutes. On the other hand, it is equally annoying when your server comes back every 30 seconds and asks, “Are you ready to order yet or do you need more time?” The optimal time to wait between courses is not always obvious either. Some people need or want much more time between courses. Maybe this nice dinner is all they have planned for the evening. The patrons are having a nice quiet dinner with good conversation. They are in no hurry. Just as one of the diners launches into a complex story or joke, the server comes over and interrupts to tell about the specials. Conversely, another foursome may be planning on attending a play and long pauses between courses may mean missing the first act. 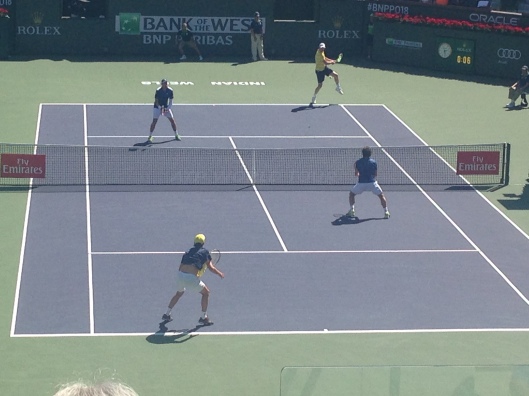 One of the first popular video games was called “Asteroids.” In this black and white vector graphics game, you controlled a small space ship that shut bullets in the direction the space ship was aimed. All you could control was the speed and direction of the space ship and whether it was shooting. The screen also showed a number of large, irregular “asteroids” that you were meant to hit. When you hit one of these large asteroids with a bullet, it split into two moderate asteroids. When you hit a moderately sized asteroid with a bullet, it split into two small asteroids. When you hit a small asteroid with a bullet, it disappeared. If you got hit by an asteroid, you would die. There was also a flying saucer who came to hassle you. Anyway, I found that if I focused on all these floating asteroids and trying to not to get hit by one, it was a difficult game. For me, at least, it was much better to visualize a path among the asteroids and try to follow the path. In a way, concentrating on the negative space, helped. 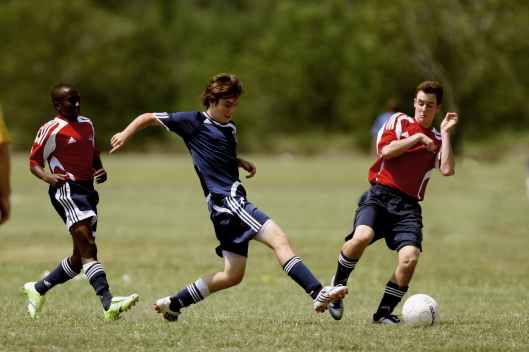 The importance of negative space in sports can hardly be over-emphasized. In American football, the back tries to find the holes to run through. In soccer, players seek paths between. In baseball, the hitter wants to “hit it where they ain’t.” In tennis, beginners often play only during half a point. Their attention is focused on the ball and the opposing player(s). They choose a target on the other side of the court and watch to see how well they hit that target. Just as their opponent begins to hit the ball they shift their attention to their opponent and watch where that opponent hits the ball, scurrying there as quickly as possible so as to hit the next shot. What does such a player do between the time they hit the ball and their opponent hits the ball? They watch! They want to see where the next ball goes. If you are young and fast and your opponent is not well skilled, you can often get away with this process. However, what higher level players do is something quite different though it may look similar. The good player has a target in mind but watches the ball while their mind has the target clearly in mind. By watching the ball, they are much less likely to mis-hit the ball. Furthermore, they are not giving away their intended target with their body language. Perhaps most importantly, long before their opponent hits a return shot, the good player thinks about the open spaces on their side of the court and go to cover the most likely of those spaces.

Many otherwise well-skilled athletes only focus on the game during play. For example, many hitters on amateur softball teams, pay little or no attention to the game while their team is batting until they are “on deck” (almost ready for a turn at bat). This is absurd in the majors, but it’s even more absurd in amateur games. You should be taking this time to learn about the opposing pitcher and about the weaknesses in the opponent team’s fielders. Just because you’re not in the batter’s box doesn’t mean you can’t improve your play. Similarly, in tennis, you can use the time between points to think about tactics and strategy, as well as to mentally “reset” yourself if necessary. Some players wave their hands in front of their face after a point as a reminder/trigger to forget about what just happened and focus on the next point. Some will even turn away from the play, seemingly to talk with their “imaginary friend.”

To close, a very short, short story based on true events in my first trip to Japan. 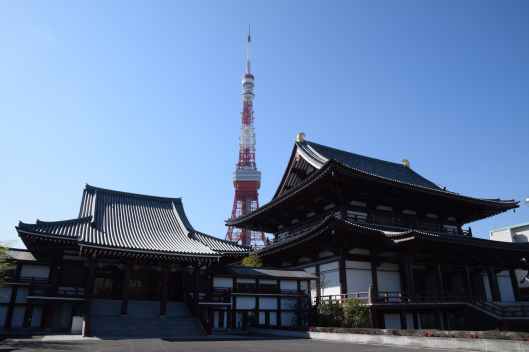 The Touch of One Hand Clasping

Japan, Tokyo, 1977. I walk crowded streets and beautiful gardens where care is taken for spaces as well as things that grow. I struggle — try to speak Japanese language but usually mispronounce “Key-Ray-Ee-Des” (It is beautiful) as “Key-Rah-Ee-Des” (It is dirty). I tip-toe through minefields of culture steeped in subtlety; lose huge chunks of flesh and karma with my thunderous, blunderous New York strides.

I enter Tokyo subway. Then — she enters — total stranger, totally beautiful, black hair, endless eyes. I, of course, having learned small little in my many minefield walks, look everywhere but at her. Better, she looks everywhere but at me. We ride, totally not looking at each other. She stands in middle — nowhere to hold on to — unprotected, beautiful, vulnerable.

Next stop, she rushes out. But — just before the doors bang shut, she turns — looks straight into my eyes. “Kohn-bahn-wah” she says (“Good Evening”).