Eagle Eyes awoke first. She smiled at the cool mist that enveloped the edge of the forest where she and Lion Slayer had bedded down for the night. They agreed that stopping, and eventually sleep, would be more prudent than pushing their weary bodies further possibly causing injury in the dark journey over unfamiliar ground. Eagle Eyes loved clouds and especially the ones that came right down to you. She smiled again.

Photo by Djordje Petrovic on Pexels.com

Ever since she had been a little girl of four winters, Eagle Eyes had spent much time looking skyward. Partly, she loved watching birds soar, dart, turn, glide, bank, and dive. Understanding how the shape of their wings related to their rainbow palette of actions — that first insight about form and function is what began her fascination with shapes. But Eyes of Eagle also enjoyed watching the clouds move, form, reform, transform. They formed dragons, horses, people, deer, and so on. She imagined she could fly up to visit the clouds so she could discover what they were made of.

One day, when Eagle Eyes was about seven, she had mentioned her cloud obsession to She Who Saves Many Lives. The tribe elder smiled and knelt down in front of the child, Eagle Eyes.

“Now, my dear. What do you think clouds are made of?”

Eagle Eyes had said, “She Who Saves Many Lives, I do not know. They look a bit like the fluff that blows off the cattail. They look a little like the seeds of milkweed and dandelion as well. Well, not the seeds really but the wings of the seeds that allow them to fly. But sometimes, I imagine they are more like dough before it is cooked. Sometimes, when mother makes tea, the steam that rises from the tea reminds me of clouds.” 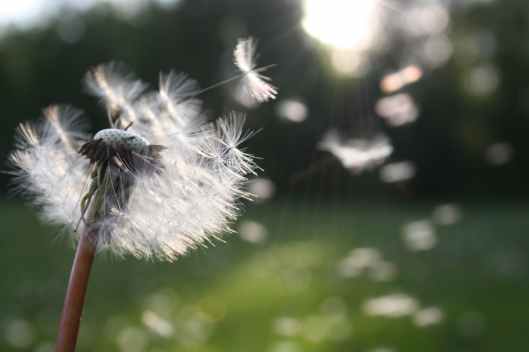 Photo by Nita on Pexels.com

She Who Saves Many Lives had smiled again. “You do have quite an imagination. What if I told you that one of those guesses is exactly right? At least to the best of my knowledge. How could you see which one is correct?”

Eagle Eyes had thought as hard as she possibly could. “Well, I think I like the one where they are dough the best because that would feed the whole village!” 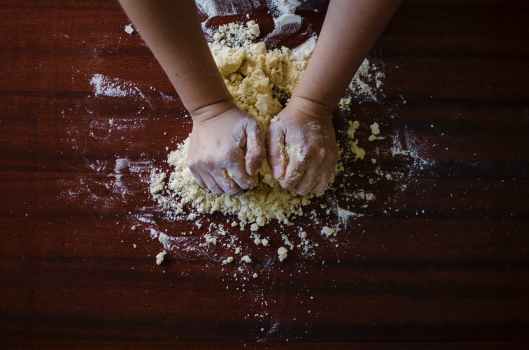 Photo by Life Of Pix on Pexels.com

She Who Saves Many Lives had nodded. “I suppose that might be the most fun to imagine. And, if it were actually true, it would be wonderful. Which do you think is most likely the true state of affairs?”

Eagle Eyes thought about each of them in turn. “I think it’s like the steam of the tea. I’ve watched how the cattail fluff blows and most of it ends up on the ground. Which is what the cattail wants anyway. So it can grow a new baby plant. And the same for dandelion and milkweed. It never goes up over the mountains like clouds do.”

Photo by Darius Krause on Pexels.com

“I don’t see why there would be dough in the sky. I was helping once and dropped the dough on the ground. People were not happy. How could it be way up there? It falls! I know!”

“Well, Eagle Eyes, you are exactly right. And, though you cannot fly up to the clouds, sometimes, the clouds come right down to visit us!”

“That would be fun!” exclaimed Eagle Eyes. “But I still don’t see why I can’t have the one about the dough. I mean, it’s not really true, but we could say it is and it would make people happy to know all that dough is up there in case everyone got hungry.”

“She Who Saves Many Lives, everyone knows that! So we can eat! All animals have to eat!”

The tribe elder nodded and asked the girl, “That’s right. What if everyone decided they didn’t need to hunt. They didn’t need to fish. They didn’t need to find acorns or hickory nuts. They could just take a big chunk of dough out of the sky to feed everyone’s belly? If everyone believed that all clouds were dough, they might not do any fishing and hunting and gathering and starve instead. It is always thus with the truth. It is fine to have pretty stories, but don’t mislead people into thinking the pretty story is actually a true story. This is why the Veritas value truth so highly.”

“I see,” Eagle Eyes had said brightly. “Can we play hide-and-seek now?”

“Eagle Eyes! Eagle Eyes! Are you all right?” Lion Slayer had awakened and now stood staring down at the blank expression of Eagle Eyes.

“What?!” exclaimed Eagle Eyes. “Oh. Sorry. I was daydreaming. Let’s get ready and go.” She looked about her and noticed that the fog had dissolved.

“It doesn’t matter. I’ll tell you the story once we are making good time getting back. We need to deliver our news to the tribe.”

Soon, they were on their way. At first, they walked, then, they jogged. As their sore joints and muscles warmed up, they began to jog faster. Eagle Eyes related her reverie to Lion Slayer.

He took it in silently for a time. Finally, when they sat for a break, he said, “We also value the truth highly. But there are higher truths that must be believed. So, we believe all things were created in a flash. All this” — Lion Slayer swept his hand around the grassy field — “was created in an eye blink by the One and Mighty.”

Eagle Eyes removed her moccasins, stretched her toes and massaged her feet. “How do you know about this instant creation? What I see around me is usually slow change. But sometimes change happens quickly. I see that too. A tree may grow slowly for many years and then be stuck by lightening and its nature changes from a living growing thing to a dead hulk. And, the fire that nearly killed us…that was a fast change! In fact, I’m not sure I ever properly thanked you. If you hadn’t found a way out, I probably would have perished.” Eagle Eyes shivered.

Lion Tamer shrugged. “We were both lucky. Or, the One and Mighty saved us.”

“Whatever the reason,” said Eagle Eyes, “I am happy to be alive.” Eagle Eyes rolled to a spot from which she could rest her feet on the trunk of a tree. “Ah, that feels good. Try it. It will let us get going again more quickly. Here. There is a spot beside me.” She patted the ground.

Lion Tamer arose and walked a few paces closer to Eagle Eyes. He glanced at her beautiful, well-muscled thighs. He decided to stare up at the treetops instead. They both looked up at the canopy of green above. Lion Tamer found his eyes drifting back to Eagle Eyes. “Perhaps we should get going. I am eager to be reunited with Hudah.”

“Yes,” mused Eagle Eyes, “and I with Fleet of Foot. Although we may also be hastening the time of discovering we are the only survivors of that fire.”

Feet still in the air against the tree trunk, Lion Slayer wiggled his feet. “The One and Mighty will protect them. You will see.”

“I hope you’re right. Does the One and Mighty always do as you desire?” asked Eagle Eyes.

“No. But the One and Mighty always does the right thing,” replied Lion Slayer.

“Always? How can you know that?”

“I have faith. It is our way. Our tales are handed down from tribal leader, father to son, since the beginning of time. So, we know them to be true.”

“True? The Veritas have tales too. We have a story, for instance, about how language began. I think there is some truth in it. People may have begun by making noises of animals for fun, or to reassure them, or to make hunting them easier. But eventually, people used the noise of an animal as a word for the animal. But I don’t imagine every word of the legend is true. And, we have the sound of zzz in our language but you do not. Could it be we have more bees around? I don’t know.”

“You speak of tales and legends, but what we pass down is only the truth. Anyway, we should go.”

“Yes. But you believe all the legends? I heard many of them while visiting.  I mean, do you believe it’s really true about the crystal mountain and the all-killing mountain of fire? You don’t think these are metaphors but literal truths?”

Lion Slayer did not hesitate. “They are true. All of them.”

“We should go.” Eagle Eyes swung her legs back down to the ground and scrambled nimbly to her feet. “That feels better!”

Lion Slayer did the same. “You’re right! I’ve never used that technique before. We don’t have so many trees handy as in these lands.”

They set off again, first walking and then jogging. After a few hours they came to rocky lands and followed a small trail single file to the crest of a hill. As they approached the crest, Eagle Eyes slowed to a walk and then got down on all fours and crept to the top so that she could espy any possible enemies before they spied her. She saw, not an enemy, but an old friend that nearly made her jump up incautiously and shout for joy.

The Veritas Myth about Language

The Legend of the Orange Man

The Start of Book One: The Myths of the Veritas

The Start of Book Two: The Myths of the Veritas

Introduction to a Pattern Language for Collaboration

Index to the Pattern Language for Collaboration

1 thought on “The Truth about Clouds and Gods”