Many Paths approached the Veritas Center Place with a smile on her face. She realized she was famished and the aromas of the feast made her mouth water. As she approached, she scanned the scene and nodded as most glanced up from their feasting to note her appearance and smiled. She nodded slightly and slid into an open space near Stone Chipper and A-OC. She enjoyed their company. It also afforded her an unobstructed view of Trunk of Tree. Ever since Many Paths had rejected his advances, he had mounted a whispering campaign to spread lies about her. Although the general conversation of the Veritas made it impossible to hear what he was saying, Trunk of Tree seemed oblivious to the fact that Many Paths could easily read his lips as well as the replies of his companion. She did this while carrying on a pleasant conversation about the pros and cons of various types of stone to use for spear tips and arrow tips.

Trunk of Tree had at first accepted the idea of Many Paths being chosen as the new leader. She had shown remarkable leadership and perspicacity in the Great Battle of the Three Paths. He had always hated doing nothing. Many Paths had not, in fact, asked Trunk of Tree to “do nothing.” She had asked him, and he had agreed, to oversee the understanding of how their defenses had been compromised enough to allow the attack of fire arrows during the Feast of Bel-Tanay. And, then, he had been put in charge of improving those defenses. That work was done. It pained Trunk of Tree to have no mate and in order to curb his worry about Easy Tears, he “decided” that she was dead, along with all the others who had gone on the mission to find Tu-Swift. In the mind of Trunk of Tree, Many Paths had sent too small a war party and now, they were certainly all dead. He had tried to strike an alliance with Many Paths through marriage but she had refused, instead sticking with the idea that these warriors were not dead but still on their mission. This was nonsense to Trunk of Tree. It had been weeks. And there was no sign of any of them.

Trunk of Tree would bend the ear of any who would listen. At first, he tried to incite members of the Veritas to question her judgement, but Many Paths had been chosen by the Trials of the Seven Rings of Empathy. She had been chosen by She Who Saved Many Lives and while Many Paths was as yet unproven, She Who Saved Many Lives had earned great respect among all in the Veritas. Trunk of Tree garnered very little support for replacing Many Paths and putting he himself in charge. Trunk of Tree changed his tactics and began spreading lies about Many Paths, claiming that she had cheated during the trials. When that tactic failed to bring about any credence, he began spreading rumors that she had been intimate with Trunk of Tree and now she kept coming after him while he rejected her. That was almost true, he nearly convinced himself, because he had come after her. What difference did it make if he turned the story slightly to suit his own purpose? Of course, the Myth of the Orange Man kept coming to mind, but he pushed it aside as he tried to convince Squash Planter to support him. This is the conversation that Many Paths could decode from her vantage at the feast. 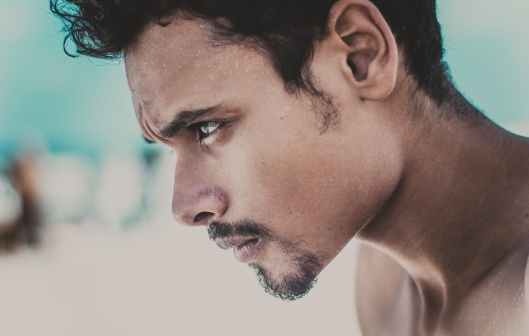 Photo by Mustafa ezz on Pexels.com

“How can she be over there smiling as though all is well when we are missing many of our best warriors?” began Trunk of Tree. Physical strength was an asset of Trunk of Tree, but diplomacy and politics were not. Many Paths noted that he did not bother to work from common ground but began straight-away with the topic he wanted to explore. She could see that Squash Planter frowned and glanced her way. He was uncomfortable with the topic and was skeptical. But Trunk of Tree pressed on. “She has always been very attracted to me. We lay together many times before I rejected her and she turned to the now dead Shadow Walker. Once she realized he was dead, she again advanced on me. Really too soon for honor, in my opinion. But I think she is desperate now for a replacement husband. I just cannot go there. I miss Easy Tears who is also no doubt dead. But we must overcome sorrow and do what we need to do to save the tribe. If I am chosen as the replacement, you will be among my commanders. We will have a War Party of strength and destroy these people who sit astride horses once and for all! And, when that’s done, we’ll go after the Nomads of the South. I suspect some treachery on their part is also involved. Doesn’t it strike you as an odd coincidence that a short time after the Nomads of the South return with Eagle Eyes and Fleet-of-Foot we are attacked by the Child Stealers? I say Those Who Steal Children and the Sand Eaters of the South work together to steal our richer lands. How can it be otherwise? Do you want your children stolen? Do you want them to come and steal our lands, trample all the squash plants, and make this whole land a desert?”

Many Paths smiled slightly and shook her head slightly. Trunk of Tree was strong, but not at all effective as a politician. He talked incessantly and did not once try to understand the concerns of Squash Planter. Stone Chipper noticed her reaction and asked, “You don’t agree, Many Paths? You prefer the slow, carefully abrasion method of making arrow points?”

“No, no. I’m sorry, Stone Chipper. I was smiling about something different. I have news I need to share with the tribe and I think it’s time. Most folks are done with their supper. I agree with you that the chipped points of flint are much, much sharper and better.”

Many Paths stood now on her bench and held up her right hand. “Veritas. I have some news I need to share with all of you. I must warn you that it is not very complete news, but I did want to share it with everyone. This,” she said as she held aloft the shred of blue clothing, “is from Eagle Eyes. I recognize it because she and I found the indigo gentian together that was used to dye part of her dress. She put this on the leg of one of the eagles she trained. This eagle came to me and allowed me to retrieve this small shred, sent as a sign that she, at least, is alive.”

A cheer rose up from the people.

Photo by eberhard grossgasteiger on Pexels.com

Trunk of Tree stood up on his bench and shouted, “How do we know that? It’s nonsense! I don’t see any eagle! Where’s the eagle? It’s just a piece of cloth. She’s lying to you!  Anyone can claim a piece of cloth is from Eagle Eyes. But the truth is that the warriors she sent out are all dead. Even my sweet Easy Tears!”

Trunk of Tree scanned the faces in the crowd and could see no nods. They simply stared at him. Trunk of Tree looked intently, trying to connect with someone who looked sympathetic. What about this new group that walked into the margin of the Center Place? They were a rag-tag crew, he thought to himself and they drew more clearly into view. And then a voice he recognized rang out.

Trunk of Tree nearly fell backwards off bench. His mouth fell open, and he leapt down. The sight of Easy Tears blew out all his doubt and ambition. He sprinted to Easy Tears and wrapped his arms around her. Everyone now approached the returning warriors with a torrent of questions.

Photo by Aleksandar Pasaric on Pexels.com

Many Paths stood on her bench and in a surprisingly loud and steady voice said, “Welcome back! We all have many questions. But I suggests that rather than attack our friends like a pack of angry fire ants, we invite them to a nice meal. Then, we will hear their story. Then, we can ask our questions. I’m sure we have many.

And so it came to be. Fleet-of-Foot told the main story from the beginning of their journey to their encounter with the odd door. He described, as best he could, the strange cold, hard, heavy material. He described their rescue of Tu-Swift and reassured everyone that Tu-Swift was — or at least had been — unharmed. When it came time to introduce Day-Nah, he looked to Hudah Salah who nodded and did the honors. Easy Tears continued the narrative and described how they had run in the night and were soon pursued by a war party from the ROI. She described how the fire arrows had started a fire and how the party had been scattered. As she told of the fire, she alluded to the Myth of the Orange Man. “Fire, like fear and hatred and lies, are hard to control. We believe that the village of the ROI has been destroyed, not by us, but by their own fire arrows. It seems to me, that the ROI have learned the wrong lesson from the Myth of the Orange Man.”

She told of Shadow Walker and his injury and how they all decided that he alone would continue to search for Tu-Swift because they wanted to bring back what they had learned of The People Who Steal Children. “One thing we particular found odd was that they seemed to show no interest or skill in covering their trail. Nonetheless, we were stymied when we first came to the hidden door. We thought perhaps a people who have the speed of horses do not bother to cover their trail. In any case, Tu-Swift devised a way to release the horses. We do not know whether they will be able to recapture them. I’m sorry to say, we do not know the fate of Eagle Eyes or Lion Slayer. For that matter, we are not sure about Shadow Walker or Tu-Swift. What news do you have of these friends?”

Many Paths spoke. “I am so happy to see you all well and uninjured. I confess, it would be nice to know about the others as well, of course.” The crowd muttered its approval.

Many Paths continued, “I do have some news, but not much. Just before the feast, one of the eagles that Eagle Eyes trained came with a strip of cloth from Eagle Eyes. I know it is hers because I can smell her scent on it. But there is also the smell of fire. If she were still in the fire, I doubt she would take the time to send a message! Of course, I don’t know what happened later. It made me think how wonderful it would be if we could send more complete messages to each other by using eagles or wolves. I continue to feel that Shadow Walker and Tu-Swift will return to us. Time will tell. But let us learn more about these People Who Steal the Children of Others.”

The Myth of the Orange Man.

Beginning of Book One: The First Ring of Empathy

1 thought on “A Small Snippet of Cloth”