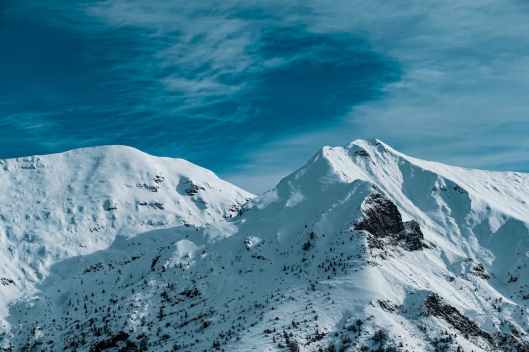 Photo by Francesco Ungaro on Pexels.com

Fleet of Foot took a deep breath. The air still held a bit of chill. In this place, the sun had difficulty finding and warming the land. He enjoyed the chill but also enjoyed the warmth when if finally came. He wondered how these Veritas who lived beyond the Twin Peaks regarded him and his companions.

He realized that, whereas the Veritas who lived near the Forgotten Field of Flowers had had many interactions with a number of different tribes within living memory, the Veritas beyond the Twin Peaks had had only three such “interactions” in memory and all had been disastrous raids where children had been stolen and taken off on horseback before a reasonable defense could be mounted. Of course, they had tried to track down The People Who Steal Children, but such tracks had led to a solid wall of rock that none could penetrate. Others, including the parents of Cat Eyes, Of the Night and Gathers Acorns, had attempted to cross the treacherous melting glaciers. None had returned.

Fleet of Foot looked over at Cat Eyes who sat in a circle with a dozen of her kin and they pored over some of the mysterious markings. The strange pupils of Cat Eyes had made her immediately recognizable to everyone here except the young children. This had no doubt played a part in their easy acceptance of Cat Eyes though the lucky accident — if that’s what it was — of her fulfilling a prophesy — made what would have been acceptance and rejoicing into something more — something like the reverence that everyone in his own land felt for She Who Saves Many Lives. And yet, Cat Eyes was so much younger. He watched her — she seemed so at home with everyone here. Fleet of Foot remembered his former friends ALT-R and POND MUD. They — or at least ALT-R would have used the good feeling to gain power or wangle extra portions of delicacies. But this was not the nature of Cat Eyes. She got along with everyone of every age. Most of those in the circle were young but everyone was interested in the decoding. 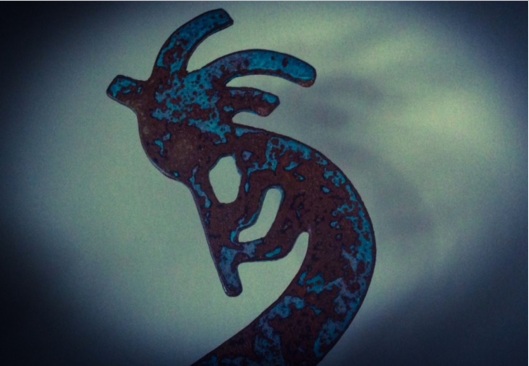 It was important work in the eyes of these Veritas who lived beyond the Twin Peaks. Even Gentle Talons sat sometimes in the circle learning the keys to understanding the markings and then, taking one of the collections and trying to make sense of it. It was a halting and laborious process. There were so many to decode! Each one was like a precious jewel. Each one sparkled and reflected a new light on what was all about them. Some told of medicines that had been forgotten. Some told of strange mythologies about the earth and the stars and the sky wanderers. Some described impossible creatures, both humorous and terrible; both gigantic and some so small one could not even see them!

“Good morning, Fleet of Foot. See yonder Cat Eyes. She has found her home. That seems clear. What of us? Our home is also beautiful. Let us arrange to go. Leave her here. Let’s get back. We can’t take all those … things … with us!”

He gestured toward the cliffs where most of these strange boxes of knowledge were still among the many unexplored shelves. Maybe we could take a few. Maybe some of these Veritas will want to accompany us. But we need to get back! We have no idea what Eagle Eyes and Shadow Walker have found. We have no idea whether — even now — our Center Place may be under attack with Killing Sticks. We’re well rested. These Veritas have no Killing Sticks. What use are they? Let’s go.”

Fleet of Foot sighed. He felt much as Trunk of Tree felt. He worried about the Center Place. Yet, the decoding work seemed very important as well. It was as though — it was a kind of magic. Cat Eyes and those she had taught were discovering things — some ridiculous of course, like the fish with eight arms and a beak who lives in a giant lake or large birds who cannot fly and little bugs so small they cannot be seen but still make people sick. Or the notions about the sky wanderers and the sun. Absurd, but still interesting.

Photo by Pia on Pexels.com

Yet other things seemed very useful: medicines, ways to prepare foods, a description of a way to lengthen one’s arm with a stick in order to throw a spear faster and farther. No-one had been successful at actually making such a device though. Perhaps it was also fanciful. Why would
“The Ancients” mix together so many fanciful things with useful information? It’s a mystery.

Fleet of Foot nodded to Trunk of Tree. “There is much truth in what you say, Trunk of Tree. I too am eager to return. I suppose — I am not entirely convinced that the tunnel will even work. It was too … it seems now more like a dream I had than a reality. Somehow, I too worry about the Center Place. Perhaps most of us should return now. Let’s see how the others feel.”

“Why? Many Paths made me the leader. I don’t see why you keep thinking I should see how the others feel.”

Fleet of Foot sighed and looked at Trunk of Tree. “I know you don’t, Trunk of Tree. I have some trouble to explain it. If we all understand how each of us feels, then, when something happens we can work together better. We don’t have to stop in the middle of an emergency and have a discussion when there is no time for a discussion. Each person knows — or at least makes a good guess — about how every other person will react.”

Photo by Mau00ebl BALLAND on Pexels.com

“If we did that we would still be stuck in the tunnel. In fact, if we did that, we wouldn’t have even found the tunnel. Do you really want to decide for others whether they should go or stay? How might you make such a decision without talking with them?”

“I know it’s important that we go back. We have information that we came to get. And, it may be important. And, you just said you feel the same way. Let’s just go! Come on Fleet of Foot.”

“I think most will agree with you, but let’s hear their voices. Yes, we have learned some important things, but every day that Cat Eyes works with those — cousins of hers, we learn more about the world that we never knew.”

“And we learn nonsense as well! What use it is to think about — the other day, I overheard Cat Eyes and her friends talking about a lake that is so large you cannot see across it! What nonsense. And, it tastes like salt. And, it has waves as high as a tree. What use are such ramblings. These things do not exist. I don’t believe any of it when there is so much that…now what?”

There was commotion around the small circle of cousins. They all seemed to be talking at once. A small crowd was gathering around the circle and adding to the general commotion. As the crowd grew, others began to pause in their tasks and walk over to see what was happening. At last, Gentle Talons came over and used his not inconsiderable voice to quiet the crowd.

“Please. Please! One at a time. What is all this ado about?” He looked directly at Cat Eyes, somewhat accusingly, somewhat wonderingly.

Photo by John-Mark Smith on Pexels.com

“Oh, Gentle Talons, we have been decoding this book — for that is what they are called — all of them are called “books” — this book is called The Book of Civilizations. And it … it says that all of this — she gestured with both her arms, palms up, to sweep in the entire excavated cave was made by an ancient people…that there have been many great gatherings of people. Such people learned many things and had comfortable lives. And they had many wondrous things. They explored everywhere and learned much.”

It became clear that Cat Eyes, for some strange reason, was having trouble speaking. She was swallowing hard, holding back tears.

The booming voice of Gentle Talons rang out, “Please, sister, continue. What? Where are these civilizations?”

Trunk of Tree and Fleet of Foot had walked over to watch more closely. Fleet of Foot craned his neck and wedged his way forward to look more closely upon the face of Cat Eyes. Tears were rolling down her cheeks. What is going on, he wondered. How can mere … markings on the page cause such pain? Books? She had called them books? But how can they cause tears? He forced his way into the circle and took the hands of Cat Eyes, holding them gently in her own.

“What is it? What’s wrong, Cat Eyes? Why do these tears flow on your cheeks? What strange magic is in these — books?”

Photo by Suliman Sallehi on Pexels.com

Cat Eyes squeezed the hands of Fleet of Foot and drew strength from them. She took several deep breaths and continued. “This book — this book tells of many wondrous civilizations. They used wisdom and experience much as we ourselves do. They learned from each other. They loved each other. They ensured that they had enough food and yet … each of them … each of these ancient peoples … destroyed themselves. But it’s worse than that. The destroyed themselves through greed and hubris. They sought to … they knew about the Myth of the Orange Man. They knew that lying and greed destroyed other, earlier peoples. And, yet, each time, they stopped … they stopped being kin and part of nature. They knew that greed had killed other civilizations before them.” Cat Eyes shook her head and sighed before continuing on.

“Yet, each new civilization thought — somehow — it would be different for them. Of course, it was not different. Lies and greed and putting power over truth destroyed every single one of them. The story seems so real. But — how can it be? How could people know such greed and lies led to so much death and destruction and yet — they did it over and over again? According to this….” Cat Eyes stopped. She shook her head. She gulped and slowed her breathing.

At last, she was able to continue. “According to this book, there are much worse weapons than Killing Sticks. And they have been used to destroy untold numbers of people. And, after the greedy take everything and kill everyone, they die too! Because — in all their greed, they forgot how to live without stealing from others. And this didn’t happen just once. It’s happened over and over. How can this be? It can’t be true.”

Photo by Amanda Kerr on Pexels.com

All had heard her words. And all reflected silently upon them.

After some moments, Cat Eyes continued. “It can’t be true. And yet — I think it is — the book says that after a time, the greedy people begin to believe exactly that — that it cannot be true — and so — they make the same exact mistakes again. And again. And again. It seems impossible and yet…where are they? Where are the people who made these books and these caves? It seems as though they knew all of this — and allowed greed and lies to destroy them anyway! Are we doomed to be that stupid yet again?”

Cat Eyes bit her lip and looked up at the eyes of each person she could see around her. No-one answered. She ended looking into the eyes of Fleet of Foot. But he too remained silent.

Essays on America: A Lot is not a Little.

Essays on America: You Bet Your Life

1 thought on “Myths of the Veritas: Books”