It’s nothing more or less than a rejection of adulthood.

Photo by Daria Shevtsova on Pexels.com

Don’t get me wrong. I love to play just as much as ever.

But the days of feeling that the world revolves around me are long gone. I care about others. I care about the future. I don’t give in to every impulse that strikes me.

Most people go through a period of young childhood when their sense of “right” and “wrong” is sometimes nothing more than the desire to avoid punishment and seek reward. Even so, I believe empathy begins around birth. Most adults reach the point where they do feel responsible to do their duty even when no-one knows whether they did or not. They don’t typically commit crimes; not just because they are afraid to get caught but because they realize that if everyone breaks laws, it will be terrible for everyone.

Now, we have a “leader” who gives in to nearly every childish impulse. He doesn’t even blink at breaking laws; it is all about what he can get away with. 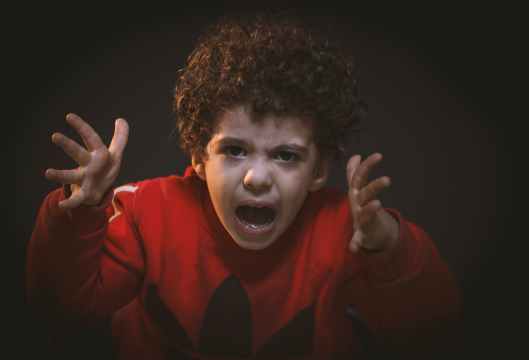 Photo by mohamed Abdelgaffar on Pexels.com

An impulsive, self-centered child has been “training” his base to be the same. He appealed to people who felt that they had not been as successful as they had hoped. (That’s a lot of people!). And, some of them really worked hard and still didn’t reach their American dream. They were responsible. And they got stung. So, along comes a con man. He tells them that the reason they aren’t successful is because of foreigners, and immigrants, and liberals, and gays, and people of color, and democrats. He tells them that you can’t believe any of those people or the fake media. He tells them they don’t even have to be adult. All they have to do is believe everything he says.

A small child cannot participate in a democratic debate whether it’s okay to run out into traffic. They need to be rewarded, punished, and even restrained on occasion by their parents in order to ensure their own safety. Their parents know about dangers that simply seem mysterious to the child. They see (and smell) parents drink whiskey. Why can’t they drink kerosene? Kids typically show some obedience to their parents. And kids also love their parents and that often holds for abusive parents as well as non-abusive parents.

Photo by VisionPic .net on Pexels.com

It’s natural, on occasion, to recall childhood and long for the simplicity and lack of adult responsibilities. These days, so many voices calling from so many directions. So many people saying one thing and so many saying the exact opposite. If only there were some way to avoid all the confusion and go back to the days when all you had to do was do what your parents said and believe what they told you to believe.

But now you can no longer rely on them. In fact, you might even be taking care of them.

Here’s a guy who knows everything (according to him) and he’s powerful and does whatever he wants. I can just listen to whatever he says.

I don’t have to be an adult any more. I can be a child again. I will be part of the loved tribe. And someday there will be a better world for me. I will have a world in which white males get a pass on pretty much everything. And, I won’t have to compete with foreigners, and gays, and POC, and atheists, and Muslims, and Jews, and immigrants! I’ll be standing shoulder to shoulder with others like me and we will hail “Der Fooler” forever.

It’s understandable, but it is sad. It’s sad because almost none of those people will gain more than a teeny shred of the much-touted wonderful economy. And, if dictatorship does come to pass, they — like almost everyone — will be serfs without access to education, health care, communication devices, a free press, rights in the courts or a decent life. They won’t be better off than were Medieval serfs; they will be worse off because there is less free space and fewer free food sources. Instead of working fields all day where they could at least talk or sing, they’ll be stuck in sweatshop factories breathing polluted air and drinking polluted water.

It has taken over 240 years for our country to evolve to the level of democracy we have now. It still isn’t fair. White males still have an unfair advantage. But our society is generally more respectful of the rights of all human beings than it was 240 years ago.

But the fall to essentially zero rights can take place in less than a decade if people are unwilling to do their duty as adults.