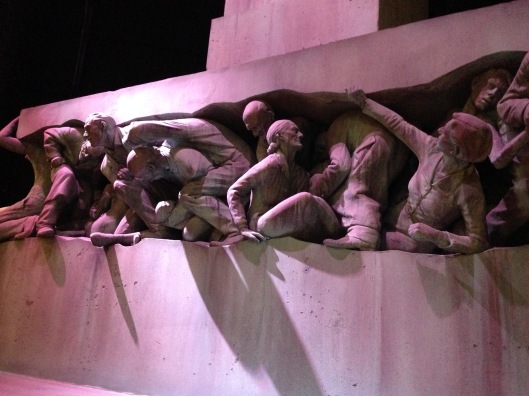 It might seem as though the answer is easy and obvious. But I don’t think it is. It might be nice if the SHRUGS disappeared from the earth one day. Getting rid of them through violence however, is not a particularly good idea. Violence against individuals is no more effective than war. It may well be true that SHRUGS “deserve” to die. On the other hand, they exhibit a tendency that the vast majority of us have — to look out for ourselves first. Equally rare are those altruistic heroes who fall on a grenade to save their buddies. Most of us have both tendencies in us, but SHRUGS have completely killed within themselves any tendency to empathize or care about others. There may be inborn differences as to the balance of altruism and selfishness that we are born with. In addition, the way people are brought up probably also has a lot to do with how this balance plays out. People who experience unconditional love are more likely to grow up so that their natural connectedness to others prevails over greed, at least most of the time. Indeed, empirical studies show that people who are completely altruistic or completely greedy are rare. Most of us are somewhere in between and our behavior is much influenced by the situation that we find ourselves in, both in the short term and in the long term. That is why it is important, not only to raise children with unconditional love and teach them right from wrong, but also to have a society that encourages and rewards cooperative behavior over complete selfishness.

SHRUGS are, to a large extent, the product of being raised by other SHRUGS who will demean a child and try to dominate them in order to induce shame. The child grows up physically but not emotionally. They will in turn, tend to raise more SHRUGS and treat others, not as individual human beings with their own rights but as tools to be used with no more thought than you would care how a hammer “feels” when it hits a nail or how the nail “feels” when it is hit by a hammer. It is indeed, a very sad thing when a person (or even a dog or cat) is so mistreated that is lashes out whenever it can. SHRUGS need therapy; perhaps even love. But don’t expect to “fix” them. They also need to be contained. Your two year old might have a temper tantrum in the grocery store when they are denied a piece of candy they see. It is not a good idea to give in to them thereby reinforcing the display of immaturity. But it doesn’t mean you need to shame them, humiliate them, beat them, or stop loving them. But you are the adult. You need to make sure they understand that screaming, crying, and smacking anyone around is not going to result in their getting their way. The very worst thing to do is to tell them they can’t have the candy; let them continue their temper tantrum; and then finally give in. This teaches them that they can always get their way if they are persistent enough. 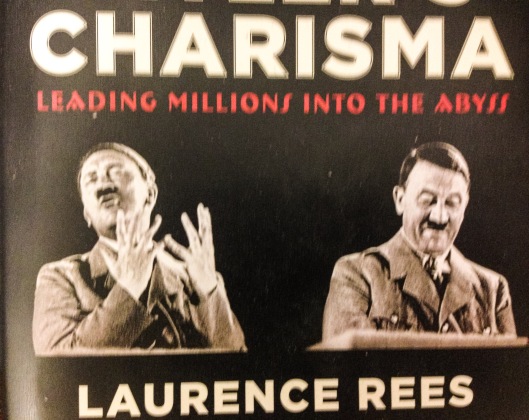 As the SHRUG gets older, they may find that they enjoy bullying other children regardless of whether they actually succeed in reaching any goal other than making the other person feel bad. This is much like a kind of “reverse empathy.” The more they make someone else feel bad, the better they feel. Sometimes people like this become skilled in athletics but never learn true sportsmanship. They never respect, but only disrespect their opponents. They never seem to understand that without a worthy opponent, there is literally no sport and no-one would pay to see them. On other occasions, the SHRUG may become a law enforcement officer. And, by the way, most police officers are not at all like this and actually want to help the public. A few, however, will enjoy beating the “truth” out of a suspect or forcing them to assume humiliating positions or actions, such as crawling. If the suspect fails to comply, they may be shot dead on the spot. Other SHRUGS will simply become accountants, sales people, or doctors. But they are not really all that interested in accounting, sales or doctoring. What they really want to do is move up the hierarchy so they can “lord it over others.” You seldom see a SHRUG working as a single stand-alone contractor, accountant, sales person, or doctor. If they do, they will have limited success because they will simply alienate their potential customers. Most people do not really like interacting with a SHRUG. A few people, however, like being dominated by another because it is clear what they are supposed to do; namely, whatever the SHRUG says. Giving in to a SHRUG simply makes them all the more SHRUGish and set in their ways. Nonetheless, in a society where a sense of fair play is very common and where love prevails, a SHRUG will not get to far unless they manage to become perceived as a SHILL by others. (The SHRUGS themselves always see themselves as SHILLS, but for the most part, others do not see them that way. Most people “see right through” most SHRUGS. 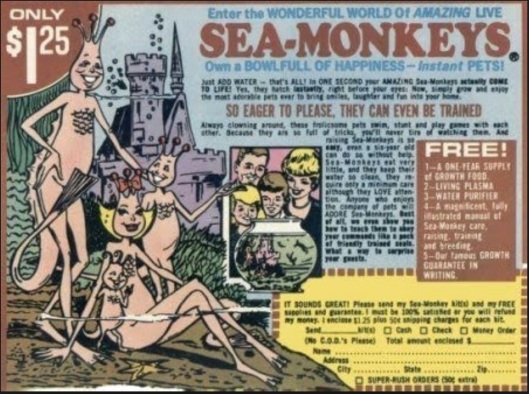 For people who judge others, not on the basis of actual behavior, but on the basis of superficial markers, however, SHRUGS may tend to be perceived as SHILLS. If a SHRUG is particularly popular, or beautiful, or athletic, or rich, or powerful, or wears extremely expensive clothes people who would like to have those things for themselves will tend to view the SHRUG as a SHILL. In times of war, we are often bend over backwards to perceive SHRUGS as SHILLS. But even in times of peace, it is possible, as explained below. Since truth is the first casualty of war, however, it is particularly in times of war that we may sometimes consider SHRUGS as SHILLS. Such folk often end up, for instance, arguing that torture is justified in order to find out vital truths to save the lives of “good people” at the expense of the pain of the “bad people.” Torture is actually quite effective, but not at getting at the truth. It is quite effective at getting people to say what you want them to say. This makes it especially valuable for SHRUGS trying to convince people that they are actually SHILLS. They will ensure that whoever is tortured will add evidence to the narrative that makes SHRUGS appear as SHILLS or even Heroes. In a similar vein, SHRUGS do not particularly care for the rule of law. In the same way that they believe that sweeping away all the chess pieces and declaring themselves the winner is just fine, they also believe sweeping away all sense of fair play and justice is just fine too.

Perpetrating violence and breaking the law in order to destroy SHRUGS is therefore, in effect, playing the same “game” as the SHRUGS. So, here is the crux of a dilemma. If you allow the SHRUG to have their way, they will simply take more and more over time and come more and more tyrannical over time. However, if you destroy the SHRUG by violence, you simply replace one SHRUG with another. Thus, the violent overthrow of the Czars in Russia led fairly quickly to Lenin and then to Stalin. The violent overthrow of the corrupt Chinese government that perpetuated vast inequality in China led to Mao. The French Revolution led, at least initially, to a bloodbath that went far beyond actual SHRUGS to anyone even associated with the so-called Noble class. Eventually, all of these regimes became more democratic though in varying degrees. 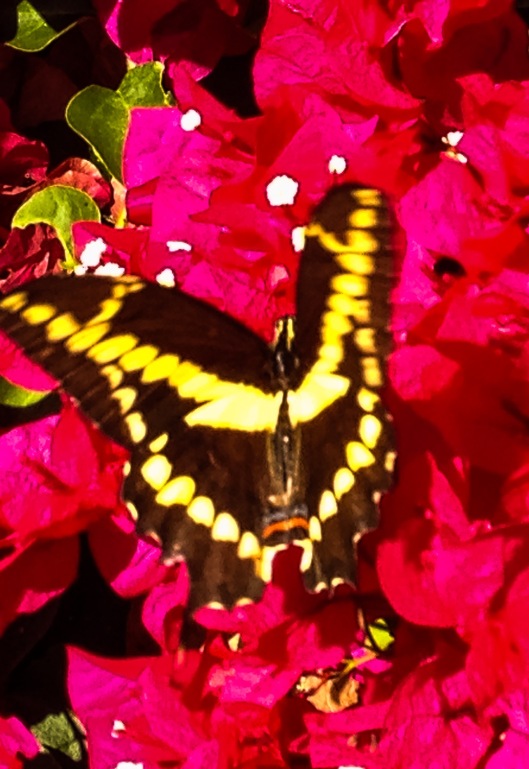 In the case of so-called Western Democracies, people must work to depose whatever SHRUGS are in power, not through violence, but through whatever legitimate channels still exist in that particular democracy. This is hard work and needs to be smart work as well. It involves communication, and it involves understanding. One must understand both the SHRUGS and their supporters. The grievances that underly their supporters must be addressed. That does not mean that if workers are convinced that the only way to insure that they get a good job is through misogyny or racism that everyone else gives in to misogyny or racism. But everyone needs to look beyond the misogyny and racism and understand the disappointment, failure and frustration that lead to these dehumanizing beliefs.

In short, if you try to take the quick path and unseat a SHRUG by violence and hatred, you’ll only succeed in spawning the conditions for even more SHRUGS to arise. It’s much like trying to fix a broken arm by amputation rather than setting the broken bone and allowing it to heal. Once again, the path to lasting peace and love is through the clever and judicious use of peace and love and not by war and hate, even if undertaken to ensure that the society be run in a just and cooperative way. A key component is to communicate fully and effectively. 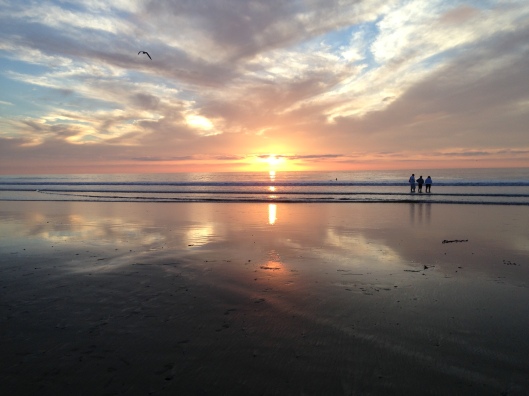 8 thoughts on “Peace & Love 3: Shrugging off the SHRUGS”