Fraught Framing: The Virulent “Versus” Virus 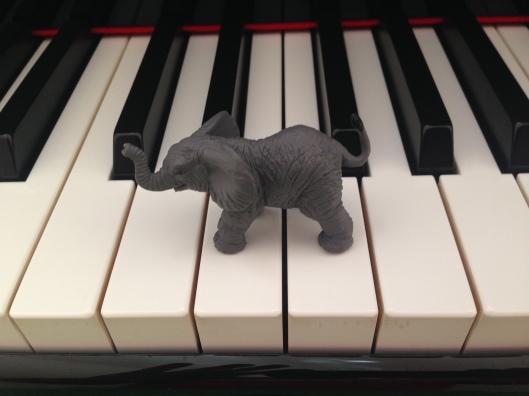 Like most of us, I spent a lot of time in grades K through 12 solving problems that others set for me. These problems were to be solved by applying prescribed methods. In math class, for example, we were given long division problems and we solved them by doing — you guessed it — long division. We were given history questions and asked who discovered [sic] America and we had to answer “Christopher Columbus” because that’s what the book said and that’s what the teacher had said.

Even today, as of this writing, when I google “problem solving” I get 332,000,000 results. When I google “problem formulation” I only get 1,430,000 results — less than 1%. (“Problem Framing,” which is a synonym, only returned 127,000). And yet, in real life, at least in my experience, far greater leverage, understanding, and practical benefit comes from attention to problem formulation or problem framing. You still need to do competent problem solving, but unless you have properly framed the problem, you will most often find yourself doing much extra work; finding a sub-optimal solution; being stymied and finding no solution; or solving completely the wrong problem. In the worst case scenario, which happens surprisingly often, you not only solve the “wrong problem.” You don’t even know that you’ve solved the wrong problem.

There are many ways to go wrong when you frame the problem. Here, I want to focus on one particularly common error in problem framing which is to cast a problem as a dichotomy, a contest, or a tradeoff between two seemingly incompatible values. We’ve all heard examples such as “Military Defense Spending versus  Foreign Aid” or “Dollars for Police versus After School Programs” or “Privacy versus Convenience” or “A Woman’s Right to Choose versus the Rights of the Unborn Fetus” or “Heredity versus Environment” or “Addressing Climate Change versus Growing the Economy.”

One disadvantage of framing things as a dichotomy is that it tends to cause people to polarize in opinion. This, in turn, tends to close the minds on both sides of an issue. A person who defines themselves as a “staunch defender” of the Second Amendment “Gun Rights”, for instance, will tend not to process information or arguments of any kind. If they hear someone say something about training or safety requirements, rather than consider whether this is a good idea, they will instead immediately look for counter-arguments, or rare scenarios, or exceptional statistics. The divisive nature of framing things as dichotomies is not even what I want to focus on here. Rather, I would like to show that these kinds of “versus” framings often lead even a single problem solver astray.

Let’s examine the hidden flaws in a few of these dichotomies. At a given point in time, we may indeed only have a fixed pool of dollars to spend. So, at first blush, it seems to make sense that if we spend more money on Foreign Aid, we may have fewer dollars to spend on Military Defense and vice versa. Over a slightly longer time frame, however, relations are more complex.

Photo by The Lazy Artist Gallery on Pexels.com

It might be that a reasonable-sounding foreign aid program that spends dollars on food for those folks facing starvation due to drought is a good thing. However, it might turn on in a specific case, that the food never arrives at the destination but instead is intercepted by local War Lords who steal the food and use it get money to buy more weapons to enhance their power; in turn, this actually makes the starvation worse. Spending money right now on military operations to destroy the power of the warlords might be a necessary prerequisite to having an effective drought relief programs.

Conversely, spending money today on foreign aid, particularly if it goes toward women’s education, will be very likely to result in the need for less military intervention in the future. That there is a “fixed pie” to be divided is one underlying metaphor that leads to a false framing of issues. In the case of spending on military “versus” foreign aid, the metaphor ignores the very real interconnections that can exist among the various actions.

There are other problems with this particular framing as well. Another obvious problem is that how money is spent is often much more important than the category of spending. To take it to an absurd extreme, if you spend money on the “military” and the “military” money is actually to arm a bunch of thugs who subvert democracy in the region, it might not make us even slightly safer in the short run. Even worse, in the long run, we may find precisely these same weapons being used against us in the medium turn. Similarly, a “foreign aid” package that mostly goes to deforesting the Amazon rain forest and replacing it with land used to graze cows, will be ruinous in the long run for the very people it is supposedly aimed to help.

Photo by Pok Rie on Pexels.com

False dichotomies are not limited to the economic and political arena. Say for example that you are designing a car or truck for delivering groceries. If you design an axle that is too thin, it may be too weak and subject to breakage. But if you make it too thick, it will be heavy and the car will not accelerate or corner as well and will also have worse gas mileage. On the surface, it seems like a real “versus” situation: thick versus thin, right? Maybe. Let’s see what Altshuller has to say.

Genrich Altshuller was a civil engineer and inventor in the Stalin era of Soviet Russia. He wrote a letter to Stalin explaining how Russian science and engineering could become more creative. A self-centered dictator, Stalin took such suggestions for improvement as personal insults so Altshuller was sent to the Gulags. Here, he met many other scientists and engineers who had, one way or another, gotten on the wrong side of Stalin. He discussed technical issues and solutions in many fields and developed a system called TRIZ (a Russian acronym) for technical invention. He uses the axle as one example to show the power of TRIZ. It turns out that the “obvious” trade-off between a thick, strong but heavy axle and a thin, weak, but light axle is only a strict trade-off under the assumption of a solid axle. A hollow axle can weigh much less than a solid axle but have almost all the strength of the solid version.

One may question the design assumptions even further. For instance, why is there an axle at all? If you use electric motors, for example, you could have four smaller, independent electric motors and not have any axle. Every wheel could be independent in suspension, direction, and speed. No-one would have designed such a car because no human being is likely capable of operating such a complex vehicle. Now that people are developing self-driving vehicles, such a design might be feasible.

The axle example illustrates another common limitation of the “versus” mentality. It typically presumes a whole set of assumptions, many of which may not even be stated. To take this example even further, why are you even designing a truck for delivering groceries? How else might groceries go from the farm to the store? What if farms were co-located with grocery stores? What if groceries themselves were unnecessary and people largely grew food on their own roofs, or back yards, or greenhouses?

For many years, people debated the relative impact of environment versus heredity on various human characteristics such as intelligence. Let us put aside for a moment the considerable problems with the concept of intelligence itself and how it is tested, and focus on the question as to which is more important in determining intelligence: heredity or environment. In this case, the question can be likened to asking whether the length or height of a rectangle is a more important determiner of its area. A rectangle whose length is one mile and whose height is zero will have zero area. Similarly, a rectangle that is a mile high but has zero length will have zero area. Similarly, a child born of two extremely intelligent parents but who is abandoned in the jungle and brought up by wolves or apes will not learn the concepts of society that are necessary to score well on a typical IQ test. At the other extreme, no matter how much you love and cherish and try to educate your dog or cat, they will never score well on a typical IQ test. Length and breadth are both necessary for a rectangle to have area. The right heredity and environment are both necessary for a person to score well on an IQ test.

This is so obvious that one has to question why people would even raise the issue. Sadly, the historical answer often points toward racism. Some people wanted to argue that it was pointless to spend significant resources on educating people of color because they were limited in how intelligent they might become because of their heredity.

Similarly, it seems that in the case of framing dealing with climate change as something that is versus economic growth, the people who frame the issue this way are not simply falling into a poor thinking habit of dichotomous thinking. They are framing as a dichotomy intentionally in order to win political support from people who feel economically vulnerable. If you have lost your job in the steel mill or rubber factory, you may find it easy to be sympathetic to the view that working to stop climate change might be all well and good but it can’t be done because it kills jobs.

Photo by Zun Zun on Pexels.com

If the planet becomes uninhabitable, how many jobs will be left? Even short of the complete destruction of the ecosphere, the best estimates are that there will be huge economic costs of not dealing with global climate change. These will soon be far larger than costs associated with reducing carbon emissions and reforesting the planet. Much of the human population of the planet lives close to the oceans. As ice melts and sea levels rise, many people will be displaced and large swaths of heavily populated areas will be made uninhabitable. Climate change is also increasing the frequency and severity of weather disasters such as tornados and hurricanes. These cause tremendous and wide-spread damage. They kill people and cause significant economic damage. In addition, there will be more floods and more droughts, both of which negatively impact the economy. Rather than dealing with climate change being something we must do despite the negative impact on the economy, the opposite is closer to the truth. Dealing with climate change is necessary to save the world economy from catastrophic collapse. Oligarchs whose power and wealth depend on non-renewable energy sources are well aware of this. They simply don’t care. They shrug it off. They won’t be alive in another twenty years so they are willing to try to obfuscate the truth by setting up a debate based on a false versus.

1 thought on “Fraught Framing: The Virulent “Versus” Virus”