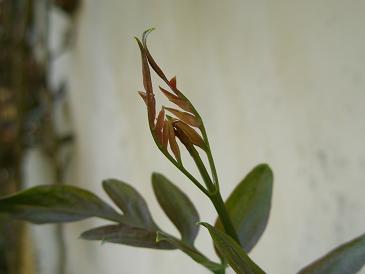 As I understand it, in Spanish and Portuguese, for example, there is a linguistic distinction between current state of being and habitual state of being that is signaled by the use of different verbs. In English, we say, “That is an angry dog” to mean “That is a dog who is generally and habitually angry” and also to mean, “That dog is in an angry mood right now.”

Photo by Vera Arsic on Pexels.com

But, regardless of what native languages we write and speak, we humans often make statements about something and treat something according to the unstated and untenable presupposition that what is true about the current state of affairs is true about eternity.

This habit of mind, reinforced by language, is often incredibly useful. For instance, near me right now are a table, and on the table, among other things are a coffee cup filled with coffee and a checkbook. The table is mainly composed of wood and marble. For many purposes, this is an adequate description. Of course, none of these so-called objects were always in their current state. Once, the wood was part of a tree. And, before that, the material in the tree was mainly rainwater and dirt. It was transformed into a tree by a mere seed of information using energy from the sun.

Photo by Pok Rie on Pexels.com

Meanwhile, even the marble portion of the table was not always in its current state. At one point, in the distant past, this marble was limestone. The limestone was transformed by temperature and pressure into marble. Before the limestone was limestone it was mainly the shells of tiny animals living in the ocean. If we trace the table back far enough we will come to the “Big Bang” that started the universe as we know it. The transformation of the table from one sort of thing into another did not end when it became a table nor when I bought the table. Some day, it will no longer be a table. Eventually, the material nature of the wood, and eventually even the marble will be different. The checkbook and the coffee cup will likely cease to be a checkbook and a coffee cup long before that.

For the purpose of drinking my coffee, it is just fine to think of this cup as being a cup. It holds my coffee and keeps it somewhat warm. The table works just fine as a place to hold the coffee cup. I don’t need to think more deeply about the lifecycle of the table or the cup or the checkbook.

While all of these “objects” have histories, they also have futures. Generally speaking, the people I know give little thought to the future of the objects that they interact with. But slowly, and likely too slowly, this is gradually changing. We often now recycle or reuse objects. Thinking about the future of an object also influences my choices about what I buy. This kind of thinking is particularly important to when it comes to radioactive material which can pose very long term hazards or it can be stolen and used to cause fairly short term mayhem. Collectively, the plastic that we use gets discarded and then, does not vanish into nothingness. It finds its way into the air we breathe and the water we drink. Now that the population of the earth is 7 billion, we can no longer afford to ignore how the objects we interact with were created and we cannot afford to ignore what becomes of them. What we call a “table” or a “cup” or a “checkbook” is really only a “table for now”, “a cup for now” and a “checkbook for now.”

The fluidity of things also applies to human beings. It should be pretty obvious to most adults that someone we call “a toddler” or a “teen-ager” is not in that category forever. Most people evolve over time both physically and mentally. The change from “toddler” to “teen-ager” takes many years. Physically, the person usually seems stable from one hour to the next (even physical stability is an illusion; we create over 200 billion new cells a day!). Socially and psychologically, however, we are unstable even at a macro level. A sixteen year old, for instance, may act very much like a mature adult in hundreds of different circumstances. Yet, if they are overly influenced by “friends” or under the influence of alcohol for the first time, their behavioral self-control may easily revert to that more like a ten year old or even a two year old.

We Limit Others by our Categories

It is human and common but not useful to observe a small slice of someone else’s behavior and thereby make inferences about their habitual behavior. Even if we know about someone’s habitual behavior, it doesn’t mean that they always behave that way and it doesn’t mean that they can’t change over time. When we say, “Oh, don’t pick Chuck for the baseball team; he’s such a spaz” or “No, I’m sure Sally wouldn’t like to join us; she’s really a loner” or “You can’t count on Jim; he never follows through” we are almost certainly over-generalizing. Perhaps Chuck never learned baseball as a kid and he simply needs to learn and practice basic skills. Maybe Sally has no real friends precisely because no-one asks her to join them because everyone thinks she’s a loner because she’s always alone – because no-one ever asks her to join them. Or maybe her idea of a good time is hiking and she’d be happy to do that, but has no interest in going clubbing and getting drunk every day. Maybe Jim is completely overworked and/or needs to learn better time management skills.

“How many psychologists does it take to change a light bulb? Only one, but the light bulb has to want to change.”

People may be changed by circumstances but therapy often works too. As the joke implies, it won’t work very well if the main reason the “light bulb” goes to the therapist is to feel better rather than to get better, it’s an opportunity lost. Others who frequently interact with the “light bulb” often hold views and use names that subvert therapy. For example, a person who is never assertive and wants to change that may find that when they do so, their family and colleagues at work, who have been taking advantage of them for their own purposes may say things like this: “Oh, you used to be so nice!” {Translation: I used to be able to manipulate you for my own purposes so much more easily}.

We Limit Ourselves by our Categories

While we unwittingly define others into boxes that may serve to limit what they can do, we humans are generally “equal opportunity destroyers” and also limit our own potential through self-talk as well. I like to play golf and have therefore asked many people over the course of my life, “Do you play golf?”

Take a guess what response I have heard at least two dozen times. “Golf? Oh, no. I tried that a couple times. I’m no good.” After picking myself up off the floor, I try to explain as nicely and politely as possible that if you’ve literally tried it a couple times, you have no idea whether you would be any good at it. You very likely have no idea whether you would like it either. The same goes for painting, writing poetry, playing video games, eating healthy food, exercising regularly, and so on. In each case, your initial level of skill and your initial level of enjoyment are very poor predictors of the long term. It is most often, not our ability, but our self-definitional boundaries and self-talk that limits us. 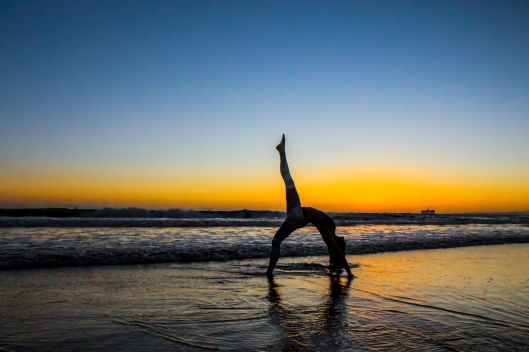 Photo by Tim Savage on Pexels.com

Life is complicated and complex so I understand that many folks may be reluctant to expand the scope of what they and others are capable of. But if you do want to become more flexible in your behavioral repertoire, there are several things you can do.

First, you can become aware of your statements about yourself and others. When you find yourself thinking, “Jim never follows through,” try to restate that in terms of empirical evidence. It could be: “Well, once I asked Jim to help plan the office party and he never showed up for the first meeting. Another time, he said he would help teach my daughter how to parallel park, but nothing ever came of it.” You might immediately see that you have precious little evidence to back up your claim that Jim never follows through. You might also ask yourself whether you ever asked Jim about these incidents. There may be hundreds of legitimate reasons that he didn’t “follow through.” His name might have been left off the distribution list for the party planning meeting. And so on. Generating these alternatives is explored in more detail in “The Iroquois Rule of Six” which basically says before acting on an explanation that is inferred you should generate five alternative explanations.

Second, you can read fiction, watch movies, attend stage plays, do some amateur theater or even answer a questionnaire from someone else’s perspective. In working with Heather Desurvire at NYNEX, on a usability evaluation of a prototype, we did a variation on heuristic evaluation in which we had people look for issues and offer suggestions from a variety of different perspectives; e.g., a behaviorist, a cognitive psychologist, a worried mother, a physical therapist and so on. With the total amount of time controlled for, people found more issues and offered more suggestions when they looked at the application from the perspectives of many people.

Give it a try!

1 thought on “Fraught Framing: The Presumed Being-ness of State-ness”