(This is the second in a series of blog posts about Peace, Love, and the pros and cons of war and peace). 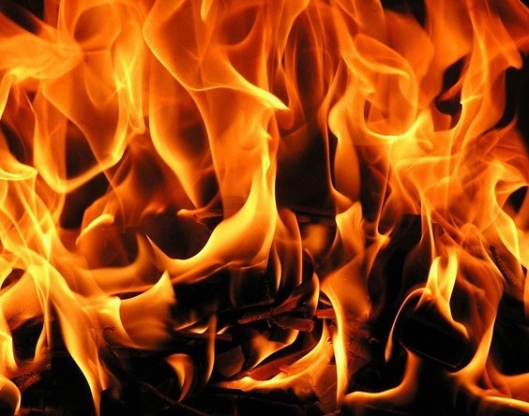 Two trillion dollar wars with little to show but dead bodies. But at least America learned its lesson. We will never again elect someone with a financial and political interest in having the nation go into a needless war. Whew! Finally. But wait a moment. We already are in a war. A cold war. And by a “cold” war, I mean a war that is not being waged against an enemy on our borders ready to cross over with warm bodies. I mean, we are in a war in which the enemy without is in cahoots with an enemy within. And, it is a cold, long, and calculating war. America, or what’s left of it, is fighting a war on two fronts. (Silly, silly Napoleon; silly, silly Hitler). On the one hand, we are being attacked from the outside by Russian leaders who would like to divide and weaken Western democracies of every stripe. Main targets are the UK, American, and Germany, but others will have their turns as well. Their goal is to consolidate their power within and to strive once more toward world domination.  I’ve already addressed the divisiveness that arises from the way social media work combined with outside influences pushing on leverage points. This might be a moderately effective method of waging war with pretty much zero Russian casualties and only moderate expense. However the war is made much more effective by having a second and internal front. We have far right “parties” within Western democracies that are aiding and abetting these enemies by dividing the countries with hate speech, fanning the flames of fear, executive orders, laws and, at least in America, the infestation of the federal government with incompetent administrators who will do everything in their power to ruin all that is good with the federal government including public education, research, fair-minded judges, public lands, and so on.

In the short term, most of these internal allies of the external enemies are not really doing it to “Make America Grovel Again” but are doing it to satisfy a few extremely wealthy donors. The extremely wealthy donors want your wealth and my wealth. This is not a recent phenomenon. Extremely greedy people are never satisfied. If you are like most people and you see that there are ten people at the table and ten donuts, you would take one for yourself and leave nine for the other nine. But extremely greedy people would be inclined to take all ten. Then, there are the ultra-greedy and they would not take all ten. They would convince you that they have 100 donuts for each of you. Unfortunately, they need to eat all ten of the first batch of donuts themselves for right now. Then, they need you to go out and make 1000 donuts. They will give you all the equipment you need to make 1000 donuts. When you spend a week of your time making 1000 donuts and then bring back the 1000 donuts to split, they will actually take 910 for themselves and give you 90 donuts to split among the other nine people. It seems a little unfair, but you are still better off, right? Before, you would have only gotten ONE donut. Now, you get 10 donuts. A definite improvement! And that is what capitalism is all about. Until lately. (The article below tends to blame the growing inequality of wealth on new technology, but I believe that is secondary to the new (im)morality.

Now, we have a small number of hyper-ultra greedy people. They will make the same deal and take all ten of the original donuts for themselves. After getting you to use their equipment to make 1000 donuts, they will give you only half a donut each. They will tell you that if you want a whole donut, you’ll have to figure out a way to make 2000 donuts first. So, you and your nine co-workers put your heads together and figure out a way to make 2000 donuts instead of 1000. Now, when you come back with the 2000 donuts, you will get 1/9 donut each. The hyper-ultra greedy will take 1999 of the donuts and let you and your coworkers split the one remaining donut. If you happen to be a female donut-maker, he might promise to give you a donut but only if you have sex with him first. You must understand one thing. They don’t feel bad about doing this. They just think it is their right by virtue of their being “smarter” than you are. They think they deserve all the donuts, and they are actually being quite wonderful to let you have a whole donut in return for sex. 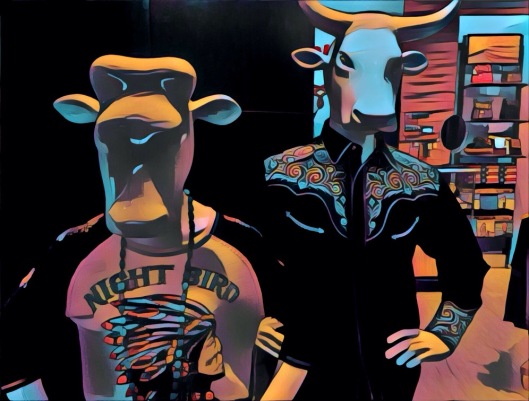 In America, until around 1970, productivity gains were split between — on the one hand, the workers who largely invented new technologies, techniques and methods; learned the new techniques and skills — and on the other hand, the people who owned the means of production. Since 1970, the greedy have been, through mergers and acquisitions, mostly replaced by the hyper-ultra greedy. Unions, environmental safeguards, safety regulations, inspections, and the right to vote are now all under attack. The hyper-ultra-greedy are now being replaced by the super-hyper-really-ultra greedy who not only will take every last frigging donut you produce, but they have no qualms whatever about making you do it in a way that makes you burn every last one of your fingers off. They have absolutely no qualms about making sure that you have no time or energy left to learn a new trade. They have absolutely no qualms about making sure that your children will also be making donuts for nothing and getting your “chicks” for free, even if those particular “chicks” are only 13 or 14 years old. 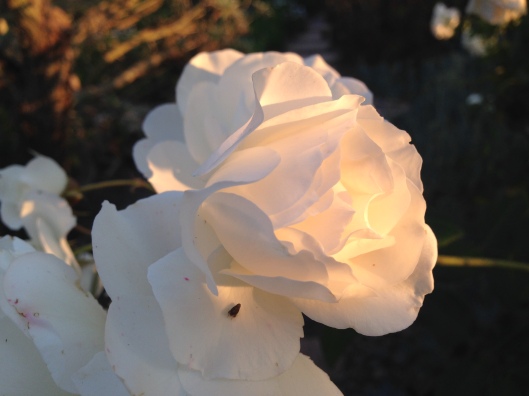 Most of us do not actually meet these people face to face and our experience is with other people like us so we find it hard to believe that someone would be that greedy. Of course, making donuts is not their only business. They also hire people to put on their make up, write speeches for them, handle publicity, write up fake stories about them, broadcast for them and otherwise make you think that they are just ordinary folks like you but more successful because they are smarter. They aren’t smarter. They just refuse to play the game by the rules. They don’t really view what they are doing as “lying” because for them, truth doesn’t matter. While most of us are involved in a giant cooperative enterprise of trying to find more truth about the universe and tell each other so we can all collectively make better decisions about how to make more and better donuts for everyone, they are only concerned with themselves. They do not think of you as “another human being” but as a tool to be used in whatever way is most efficient to meet their ends. While they don’t care about the truth, they do care about “communicating” which for them means manipulating you into doing what they want. (By the way, please realize that not all extremely wealthy people are SHRUGS and not all SHRUGS are necessarily wealthy. It isn’t the amount of owned wealth that defines SHRUGS; rather what defines SHRUGS is their attitude toward ethics and particularly their base belief that stealing everything from others while claiming to be working for the good of all or doing “God’s work” is perfectly natural.) 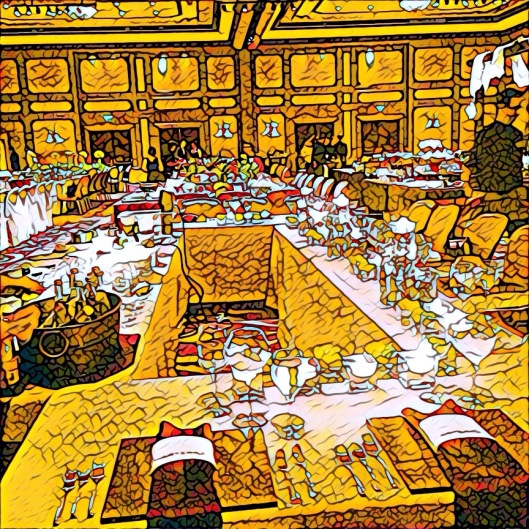 These are deeply flawed human beings. Why? Because without you, they are, for the most part, completely unable to make or find even a single donut on their own. They are ultimately so greedy that they are killing “the goose that lays the golden egg.” Currently, they are doing everything in their power to divide (at least) America according to race, religion, national origin, sexual orientation, etc. Their goal is to redirect the anger you quite naturally feel at working harder and getting nowhere toward women, minorities, foreigners, etc. and away from the SHRUGS themselves. These super-hyper-ultra greedy people are unable to function without your active cooperation. So, it’s really important for you not to realize just how much you are being taken for a ride. Some of them may realize that their actions are also greatly helpful to the destruction of America as a world leader. But mostly they don’t really care much about that because they are convinced they will have even more power under, say, Russian rule. 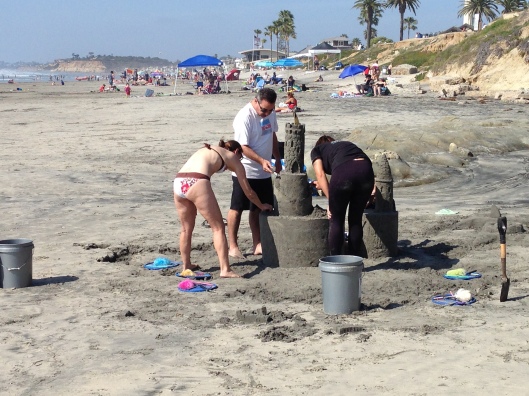 This is actually quite a humorous miscalculation. As soon as America’s role in the world is sufficiently diminished, the super-hyper-really-ultra greedy (SHRUGs for short) will be the first to go. They will be the victims of the first Putsch. Why would the super-hyper-ultra greedy among the Russians not replace the American super-hyper-ultra greedy with their own? Of course they will. If American SHRUGS took as long as two minutes to actually think about it, the American SHRUGs would realize this is exactly what they would do if they took over Russia (or any other country). In point of fact, when banana Republic dictators do not go along with American orders, they are eliminated in the same way. So, all the facts and history are there, but you need to understand that the power and position and privilege that American SHRUGS enjoy ultimately gives them an extremely warped view of their own abilities. They come to believe that they are not SHRUGS but a different species altogether: SHILLS (Super-Hyper Intelligent Lovely Leaders). SHRUGS, in fact, need not be particularly intelligent at all, but they do gain that illusion. It’s easy to see why. You play a game of chess with a SHRUG. You play by the rules. You are about to win when the SHRUG knocks all the pieces on the floor and yells, “I win!” When they do this enough times, they come to think that they actually are a very very shrewd chess player. It sounds crazy and it actually is in the sense that their perception of reality is completely divorced from it.

The second to go will be those unwilling or unable to be slaves to the new set of masters. If you care to live a long life, you might want to start learning Russian now. In the meantime, we might yet be able to prevent the SHRUGS from taking over America. But if the control of the SHRUGS persists even for another year, they will disenfranchise enough Americans so that there will never be another fair election. They will make many more things illegal and exact horrific penalties for minor crimes. They will put in place judges who will exact punishments depending on people’s political views. They will prevent more than a few more people from coming to America – particularly those who might not already be brainwashed into thinking the SHRUGS are really SHILLS.

What do we do about that? We begin to explore this topic in the next blog post.

(By the way, I do not believe that Russian people or the Russian nation is particularly prone to SHRUGS any more than America is. Trying to blame all Russians for the actions of the Russian SHRUGS is as unfair as blaming all the sins of American SHRUGS on America as a whole. Most of us would not approve many of the “dirty tricks” we end up playing on other nations in order to placate our own SHRUGS.)