{Translator’s Note}: Well, when I say “What’s wrong with people, anyway,” what I am really saying is that people are not the way that I would like them to be. My being PO’d is also a case of people being what they are rather than the way they should be.

I can’t understand why vandals could put their petty self-interest so far above the collective work that we are all engaged in — the work of trying to understand the history of our common ancestors and the many side branches that we’ve taken. It’s bad enough that people steal artifacts from real archaeological sites. Yeah, occasionally they find an arrowhead that they can sell to a private collector for a substantial amount of money. But there are still numerous ways on this earth to make money in legitimate pursuits that do not thwart science. Stealing from archaeological sites has literally been going on for centuries. That does not make it ethical. Nor is it ethical to buy from these people, no matter how rich you are.

Of course, it isn’t everyone who is so greedy and thoughtless that they would subvert science for their own petty bragging rights to a Ming shard or a rare Roman coin. It is a definite and small minority. And, like Voldemort, they pay a heavy price. For the SHRUGS (Super Hyper Really Ultra Greedy Swindlers) who put their own interests ahead of humanity’s do not understand that they are just another twig on the great and varied tree of life.

SHRUGS believe that the universe of importance is what begins and ends with the boundaries of their own skin. That skin, whether the SHRUGS are large or small, fat or thin; whether they are black, brown, white, or orange is a teeny part of the cosmos. Their lifespan, if they are lucky, might be 100 years. Life on earth, however, is 4.5 billion years old. Think globally and act locally to foster the tree of life. It will be here long after you or I. And, to one degree or another, most people do care about future generations. They care about advancing civilization as well as finding out about earlier ones. It is a small, soul-sick cancer upon the body politic who steal actual artifacts from actual archaeological digs. 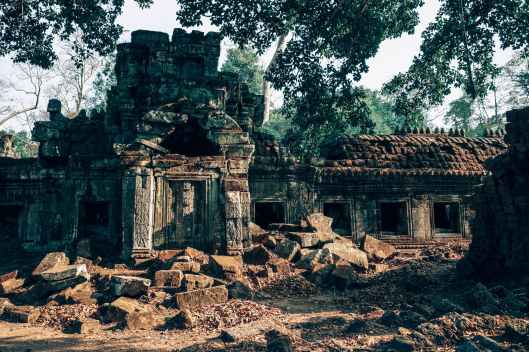 Photo by Fancycrave.com on Pexels.com

Few enough artifacts from our past survive. Piecing these together and attempting to make sense of it all is an arduous and often dangerous task. And yet, it allows us to reconstruct our past and therefore to better understand the present. This understanding, in turn, means we can be more knowledgeable and make better decisions about our future. Our choices today impact our social evolution and even, eventually, our evolutionary direction. The ripples never stop.

More recently, however, the SHRUGS, along with their very petty den of thieves, have begun stealing even from mythological digs. In this case, there is zero real benefit to the SHRUGS. I suppose that, in some cases, the wanton cruelty is reward enough for SHRUGS. Sigh.

Photo by mali maeder on Pexels.com

Most likely, SHRUGS never experienced unconditional love. Even if others did love them at some point, SHRUGS would not experience it as love.

What others would see as love, they would simply see as a ploy or a plot to win their money or their power. It’s a tragic state of affairs, whether they are born without empathy and love or whether these human qualities wither due to disuse, they can never make up for it with their addiction to greed and power.

In any case, I am happy to report that, despite the many gratuitous and pointless efforts to steal crucial artifacts from the site of the Veritas, a critical reconstruction has succeeded. On that basis, we now have at least the outlines of the history and legends of the next epoch of the Veritas. Even as recently as two decades ago, it would have been impossible to reconstruct these stories. I have however, with a minimum number of free parameters, manage to run the Seldonistic Equations backwards and thereby reconstruct a very likely sequence of events. These will soon be recounted.

When this site was first discovered, everyone on the project was hopeful that one or more of the original “Rings of Empathy” would be recovered. A number of pieces of personal jewelry have been recovered, but so far, at least, none of these recovered pieces are the storied Rings. The archaeologists will keep digging, but the reconstructed history strongly suggests that these Rings no longer reside anywhere near the Lake of Reeds.

The next telling begins as the last one ended – with a great feast to celebrate the circle of life.