A fellow writer recently posted a story seed on Facebook: “The World is Made of Glass.”

I immediately thought: “Indeed it is. And that glass can be extremely beautiful but it is also fragile. It is called ‘mutual trust.’ We live in a globally interconnected world that fundamentally depends on that mutual trust.” 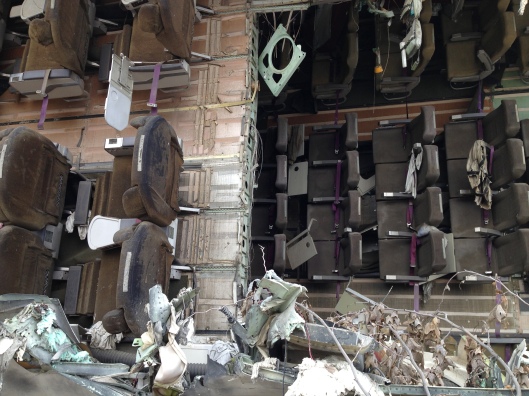 Stupid. But I was eleven. Now, quite astoundingly, I find people who should be decades beyond knowing better want to break bottles just for the hell of it. They want to destroy the current network of agreements, treaties, compromises, supply chains, currency exchanges and replace it with … ? The goal of the pre-teen billionaires? An extremely divided society in which a very small number of people will hold all the wealth and all the power and control all the sources of information. Most people on earth will essentially be their slaves. It will be a world run by men, not laws. This “break everything and then grab all the pie for yourself” goal might succeed but I think a more likely outcome is the destruction of civilization.

Suddenly realigning the nations of the nuclear-armed world when many of them will be headed by essentially authoritarian dictators is extremely dangerous in terms of beginning an atomic war. War and war-like rhetoric are standard tools for autocrats to consolidate their power. 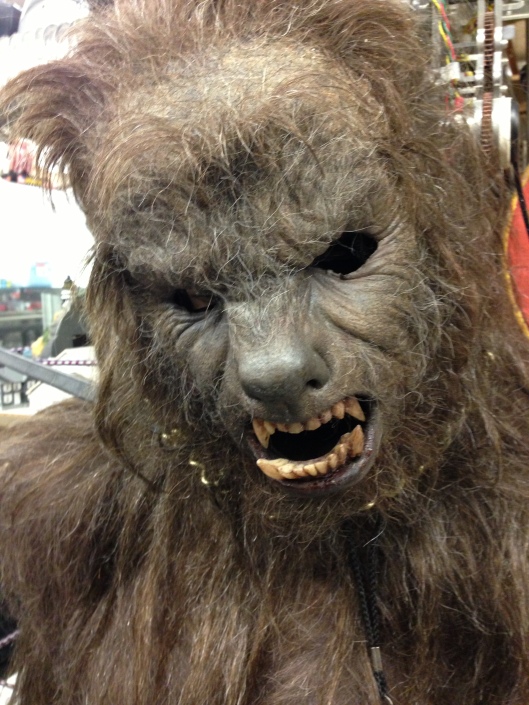 Even if atomic war is somehow avoided, billions of people could die. No, not millions. Billions. As I’ve mentioned before, most of us know how to survive and thrive in a particular context and we’ve become largely unaware of the extent to which the adaptive habits in our brains depend on our network of friends, family, and information sources. Not only will infrastructure and supply chains falter, fray, and fail; Anti-Patterns for collaboration will prevail over Patterns. This will make life more miserable but it will also make what people do far less efficient and effective as well.

Photo by Amber Lamoreaux on Pexels.com

I think anyone can do the necessary extrapolation. Becoming better at positive collaboration and increasing mutual trust will have two effects; at least, so I claim. First, there will be a local effect: whatever work you’re doing will become more pleasurable and effective. Second, there will also be a more global effect: you are providing a model of what works for others; you are also making them feel good about working with others; increasing their trust in each other and, to some extent, in their fellow humans. Better collaboration, teamwork, and cooperation can help prevent the destruction of our glass world.

Needless to say, the world is hardly perfect. It does need to change. That can be done in a collaborative way that leaves people alive; respects individuals; protects important freedoms. Real improvements will not be made by isolating nations, by trade wars, by shooting wars, by reneging on signed agreements, by tearing families apart, by cruelty.

And yet, there is reason for hope – and action. People around the world are interested in learning how to collaborate better. That’s one reason for hope!

Here is an index to the Patterns and Anti-Patterns that have been presented in this blog.

“Who Speaks for Wolf?” reminds us to seek the input of all stakeholders and relevant areas of expertise before making a decision.

“Reality Check” reminds us that we cannot settle for ersatz measures; at least periodically, we must make sure we understand what is really happening.

Small Successes Early suggests that before launching into a complex project, especially when strangers must collaborate, it is useful to first tackle a smaller, shorter term project so people can build mutual trust.

Small Successes Early: Metaphor & Fable is an experiment in additional, potentially useful new parts of a Pattern. Although they seemed useful in this particular Pattern, I am not certain that they should be a normal part of a Pattern.

Radical Collocation suggests that for some types of complex problems it is important to put everyone together in the same space. Particularly relevant when the structure of the problem is not completely known ahead of time.

Meaningful Initiation can be a significant source of group cohesion but if done poorly, it can become an excuse for people to act cruelly. In that case, it can backfire.

The Iroquois Rule of Six suggests that we do not glom onto the first interpretation that comes to mind when it comes to interpreting the behavior of others.

Greater Gathering is a way for people to feel connected to the larger organization that they belong to – over and above those they come into frequent contact with.

Context-Setting Entrance allows people to know how they should act once inside a physical or virtual place.

Bohm Dialogue is a way of relating non-competitively. Rather than “making points” to “prove” one’s pre-existing beliefs, people work together to build a joint understanding.

Build from Common Ground – Rather than trying to be overly “efficient” by jumping right into “resolving” differences, it works much better to begin by establishing common ground in terms of experiences, likes, values, hobbies, concerns, etc.

Use Thoughtful Group Feedback Structures and Processes in order to provide useful information in a way that maximizes its likelihood of actually being used.

Indian Wells Tennis Tournament is not a Pattern per se. The purpose of this interlude is to provide an example of complex collaboration. Often, when we use a service, buy a product, or attend an event, we fail to think about how much complex collaboration is necessary to make it happen.

Negotiate from Needs, not Positions. Often, creative solutions to negotiations can be discovered by working together to understand the situation from each other’s perspective.

Give a Sympathetic Reading. If you work together with others in good faith, it pays to do your best to interpret what others say in a way that makes sense, if you can find one.

Positive Deviance. There is always variation in the way people do things. In a large enough population, it often happens that a few people may have solved a problem that faces everyone. That information, often implicit, can improve the lives of the entire population.

Music binds people together. This post explores some of the possible reasons.

Narrative Insight Method describes techniques for gather valuable knowledge from experts through the use of storytelling.

Fostering Group Cohesion through Common Narratives is another storytelling technique: in this case, one focuses on building and disseminating stories that illustrate common values.

Fostering Community Learning via Transformed Narratives. This helps solve a dilemma. For organizational learning, it’s crucial to learn from people’s mistakes. Ordinarily though, mistakes are not just used for learning but to bar one from advancement, raises, and the esteem of one’s colleagues.

Speak Truth to Power says that those in power must hear the truth rather than simply what will make them happy. (See also Anti-Pattern: Kill the Messenger).

Find and Cultivate Allies in complex organizations. Often, necessary allies may not be immediately obvious from official org charts.

Support Both Flow & Breakdown if you want to avoid systems that crash catastrophically.

Use Diversity as a Resource. This can be especially useful in finding and formulating problems, generating ideas, synthesizing ideas, looking for bugs, finding creative ways to market and sell products, etc.

The Day From Hell: Why Does Anyone Care?  A fantasy of how the simplest most mundane things could become nightmares of conflict without cooperation and collaboration. (Not a Pattern – a motivation for a Pattern Language.)

Anti-Pattern: Power Trumps Good This is the first of a series of ANTI-Patterns; that is, things to be avoided. Might does not make right; but when people act as though it is, the most powerful rather than the most competent calls the shots.

Anti-Pattern: Gratuitous Push Down This Anti-Pattern describes the behavior that some people engage in of useless and unnecessary cruelty. They push people down for no reason.

Anti-Pattern: Kiss Up; Kick Down People obsessed with power for its own sake will tend to be very solicitous who have more power and show no respect for those whom they oversee

Anti-Pattern: Conjure a Common Enemy This is a common trick of tyrants. They will point first to some very unpopular group and exaggerate its influence, power, or ill intent. In some cases the “enemy” can be completely imaginary. Eventually, the “common enemy” is anyone who disagrees with the tyrant.

Anti-Pattern: Kill the Messenger This is the opposite of a Learning Organization. Tyrants want to “kill the messenger” because they bring bad news.

Anti-Pattern: Cascading Betrayal Since the organization built by a tyrant does not rely on affection or competence, once power starts to crumble, people will begin to desert the tyrant. Viewed from a different perspective, some may simply decide to do what’s right rather than what’s easiest or most profitable.