For three days and three nights, Tu-Swift and She Who Saves Many Lives slept little and ate less. They worked hard to keep Many Paths cool in the hot summer days. That was far from their only labor however. Among the Veritas, a large number fell ill with the mysterious plague of red dots. Fever and delirium were common as well as almost constant sleep. One had died.

It fell upon the few who somehow stayed well, including Tu-Swift and the elder Shaman to prepare food as well as care for the sick. No-one worked on decoding what the Z-Lotz had called “books.” No-one hunted or gathered food. Only the well were hungry. The sick had no appetite and little energy. It was difficult even to convince them to drink a little of the tea that the Elder Leader prepared with rose hips, honey, black elderberry and willow bark. Usually, after some coaxing, they could only manage a few sips and then, they fell back into a restless sleep.

On the third night, just as Tu-Swift began to nod off for a well-deserved nap, Many Paths sat bolt upright. She cried out, “Shadow Walker!! Shadow Walker!!” Tu-Swift and She Who Saves Many Lives both went to Many Paths to reassure her.

Many Paths frowned in the dark room. “Old Mother? Honored Shaman? Why are you in my cabin? Where is Shadow Walker?”

She Who Saves Many Lives patted Many Paths on the shoulder and said, “You are in my cabin, not yours, Sweet Daughter. You came in her quite ill and somewhat delirious. Tu-Swift is here too. He was tending to you. Your fever has broken and perhaps you will now be on the mend. You should continue to rest though.”

Many Paths persisted. “Where is Shadow Walker though? Is he well?” 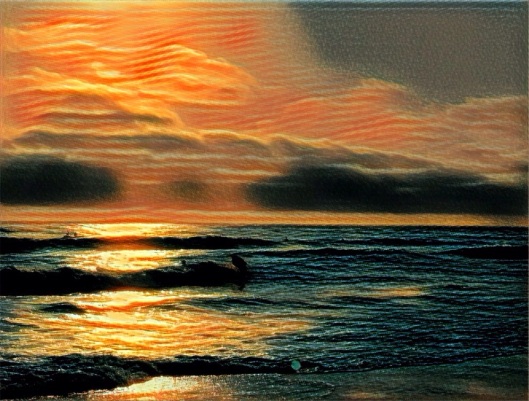 Tu-Swift took his sister’s hand, “Many Paths, I am glad you are getting stronger. Shadow Walker and Eagle Eyes went to see what is happening with the Z-Lotz; perhaps steal some Killing Sticks so that we might better prepare to fight against such weapons. Do you remember?”

Tu-Swift smiled. “No, sister. No, what do you mean? You and Shadow Walker are in love. Everyone knows that! It’s obvious.”

“Then, where is Shadow Walker? Why did he go off with my friend Eagle Eyes? Where are the Rings of Empathy? Did Trunk of Tree take them? Where is he? Isn’t he supposed to be with Eagle Eyes? Did he go too?”

She Who Saves Many Lives sighed. She patted Many Paths. “All is well with you and Shadow Walker, my dear. We were visited by the Z-Lotz. A few days later, we discovered that one of their so-called gifts was a poison rock that they called glass. Stone Chipper and his son, Sees Horses, both have sick hands. We have kept everyone else far away from this glass. I am not sure, but it seems that these Z-Lotz …”

Many Paths interrupted her in a panic (which was uncharacteristic of the Veritas in general and almost never happened when She Who Saves Many Lives spoke). “But where is Shadow Walker? Is he okay? Where are the rings?”

She Who Saves Many Lives put up her hand. “Many Paths. All will be well. Be patient. I will answer all your questions. There is much to tell. And all will be told to you. But you will learn more quickly if you do not ask so many questions.”

Many Paths squeezed the hand of She Who Saves Many Lives. “I’m sorry. Please tell me in your own time.”

She Who Saves Many Lives nodded her head and squeezed the hand of Many Paths. “Your well-earned Rings of Empathy are right with you in your pouch as always. Perhaps you should hold them and you might feel better.” 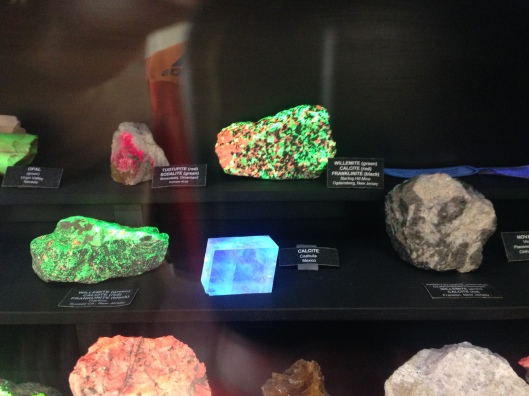 Many Paths reached for the soft leather pouch and took it into her hand. It did calm her. And, then, she remembered to breathe. And, to take inventory. She was alive. She could hear. She could feel. She could see. She could remember, but not very well, apparently.

She Who Saves Many Lives continued. “Many were involved in the tribe’s decision to send out two scouting parties. Shadow Walker, strong and smart, was chosen to visit the Z-Lotz. Eagle Eyes went with him because she has seen this great city before and knows a way in. Also, as you know, Eagle Eyes usually sees trouble before any trouble sees her. It is a dangerous mission. That, no one can doubt. But not finding out more about Killing Sticks could also be dangerous. The Z-Lotz are not to be trusted. If you recall, Cat Eyes, who lived among the ROI and the Z-Lotz, claims that the wealthy among the Z-Lotz do not even believe in their rigid belief system. They only use it to fool everyone else. When they visited us, they insisted that you believe as they believe — even though they couldn’t even tell you what that was! They wanted you to go visit them — alone! I do not trust them at all. And, of course, they are now led by our old “friend” NUT-PI. He is a terrible leader and lost almost his entire tribe. It is astounding that the Z-Lotz, or anyone else, would chose such a man as a leader.”

The Older Leader paused. “Does any of this sound familiar? There is no rushing danger, Many Paths. If you need to go back to sleep awhile, that’s fine. You are better but by no means well. The people need you as a healthy leader.”

Many Paths nodded. “You are helping me put my memory rooms back in order. I remember everything clearly except — maybe a week or so seems less clear than everything else. Isn’t that odd? Anyway, please tell me the rest. I am tired. But I cannot sleep until I hear the rest. How are the people?”

She Who Saves Many Lives continued, “There are many who are sick just as you were. Luckily, not all of have gotten ill, but most have. It might be that the Z-Lotz intentionally brought this illness but … “ 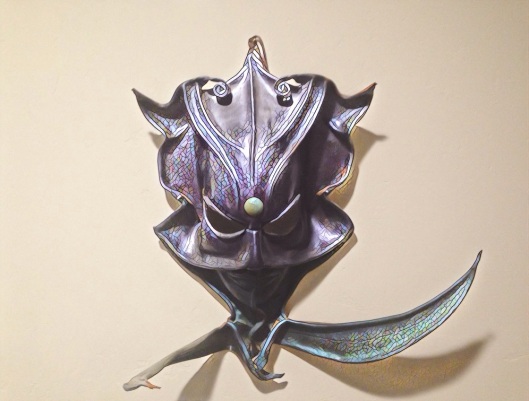 “What!? No, surely, not even a people who steal children and make Killing Sticks would be so … low … so evil … so cowardly as to intentionally bring a plague to us! I’m sorry Revered One; I interrupted again. I’m not quite myself yet. Please continue.”

She Who Saves Many Lives got up to open some slats so that more moonlight could illustrate the rest of her tale. Then, she returned to sit on the edge of the bed. “You may recall that Cat Eyes told us of Veritas brothers and sisters who live over the Twin Peaks. So Fleet of Foot, Cat Eyes, Trunk of Tree, and our friends from the Nomads of the South accompanied them. Jaccim said he knew a different way and so he led them. We know they got there safely. But they have not yet returned.”

Many Paths nodded and felt her eyelids begin to droop. “Perhaps I will rest now.” She closed her eyes and began to relax. Then, she sat bolt upright again. “Wait! What do you mean you know that they made it over the twin mountains when they haven’t returned? How?”

She Who Saves Many Lives smiled, “Ah, for that, Dear One, you must thank your brother Tu-Swift, Suze, and your friend Eagle Eyes! They have been training the Eagles and Hawks to deliver messages. And, Cat Eyes sent such a message back here.”

Many Paths smiled at her brother. “That’s amazing!”

Photo by Nigam Machchhar on Pexels.com

Many Paths tilted her head and said, “Smart One? Oh, that’s the name of the eagle?”

Tu-Swift smiled. “Yes, and it seems your brain has emerged from the fog. Now, go back to sleep. All will be well.”

“Knowing I have such a clever brother,” said Many Paths. “That should help me sleep. More Veritas. It’s true. Hmm.” Many Paths, the Rings of Empathy still grasped in her hand, began to imagine the Veritas beyond the Twin Peaks and how that first recent meeting must have gone. She wondered how joyous Cat Eyes had felt. Had she met her parents? What would that be like?

Tu-Swift glanced at She Who Saves Many Lives and spoke. “She seems better at last! Suze was supposed to come see me here at moonrise. And, the last time I saw her, she felt a little ill. I’m going to check on her.” Tu-Swift exited the cabin of She Who Saves Many Lives and she watched his silhouette in the moonlight. He still walked with a slight limp, but, thought the Elder, to my old eyes, it seems that his limp continues to lessen over time. Perhaps, she thought, we should try spicebush and witch hazel hot poultice on that knee.

The inner eye of She Who Saves Many Lives began to swirl like the darkest of storms. Killing Sticks. My dream of Killing Sticks even before we knew of them. People as evil as NUT-PI. The corruption of ALT-R and POND MUD. Of course, the world has always had death, she thought, but this is something different. Have none of these people heard “The Myth of the Orange Man”? How could they think the same horrible consequences would be avoided. If you subvert language in order to mislead people and steal from them, it destroys trust. It destroys real communication. It destroys pleasure and love. It destroys everything. We then are just single individuals mistrusting and fearful of everyone else and have no real way to survive as such. And, even if we did… what kind of life would that be?

And yet, thought the Tribe Elder, there are these amazing young people who will be here after me. Many Paths, Cat Eyes, Eagle Eyes, Tu-Swift and so many others. The heart of the Veritas still values love and truth and honor. Plague or no plague. Evil or no evil. We who are on the side of life will prevail. Anyone can die any time. Everyone will die eventually. But life? Life is safe. Life is huge. Life is diverse. Life is endlessly creative and inventive. Life listens to the sounds of the truth. Life looks at reality so that the truth is revealed. Life feels and learns and thinks and cooperates and loves. Of course, life will survive.

And then, despite her dark prophetic dream; despite the threat of the Z-Lotz and the remnants of the ROI with their Killing Sticks; despite the disease that was spreading among the Z-Lotz, the elder leader smiled because she knew in her heart; she knew with absolute certainty of logic that Life itself was well beyond the clutches of one such as NUT-PI. And as she smiled, knowing the final outcome regardless of the inevitable pain along the way, she fell into one of the most restful and peaceful sleeps of her long and loving life. 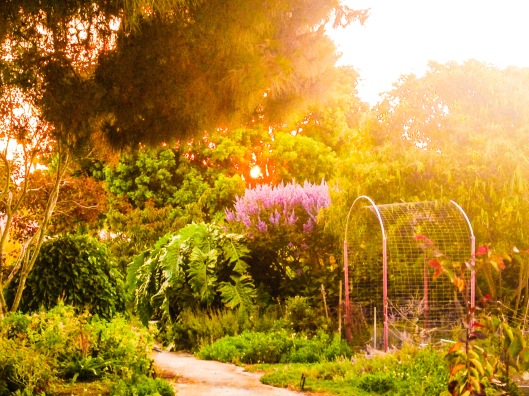 The beginning of the Myths of the Veritas: The First Ring of Empathy