Though the winged creature was hooded, Many Paths stretched her hand forth slowly and carefully so as not to startle the raptor away. As she did so, she imitated the screes of joy the eagles sang when they rode the air high above. She hoped that would work. It seemed to help to train the wolves. She missed them too! So many of her favorite people gone — and at her suggestion. To the task at hand, she ordered herself.

Photo by Flo Maderebner on Pexels.com

It occurred to her at just this moment that perhaps the eagles were not singing for joy at all. Maybe they were exchanging information about the location of prey below! Or, maybe they were arguing about whose turn it was to have first go at devouring the body of the unlucky rabbit or mouse. Here I am, she chuckled, named Many Paths and still jumping to conclusions and taking the first line of thought that arises.

What else might they be? What do people do? People speak of things far beyond their immediate concerns. Do the animals? Do they tell each other stories? Make promises? Do they apologize? Do they try to trick each other? Well, they certainly do that!

Even as her mind raced about the challenges of cooperating with animals of a different species, her hand still slid steadily and smoothly to the target and she deftly undid the small knots. Now, she slowly withdrew her hand and murmured warmly to the raptor on her arm.

“Thank you, mighty eagle, for this word from afar.”

Photo by Anthony on Pexels.com

Many Paths recognized the cloth even before it was fully unrolled: the shred was from Eagle Eyes! The two of them had travelled together to gather the rare indigo gentian which Eagle Eyes had used to dye part of her smock.

Many Paths felt a sudden pull of connection to Eagle Eyes as she felt the cloth. She held it close and drew breath in through her nostrils. Perhaps it was only imagination but she caught the scent of Eagle Eyes. Something else was much stronger though! Soot. Fire. As she looked more closely, she could see that a tiny section of the cloth had been burned!

She of Many Paths felt that she had to share this new information with the tribe … and soon. First, she wanted to think what it might signify. Many Paths frowned. She wished that Eagle Eyes might have somehow drawn a map — possibly even including the positions of all of the companions of Eagle Eyes. She couldn’t tell whether Shadow Walker or Tu-Swift were all right. Why couldn’t she include cloth from them too…or their signs. She recalled with a smile the map that She Who Saves Many Lives had given her for their test for the First Ring of Empathy. But of course, that map was much too large to expect an eagle to carry very far. 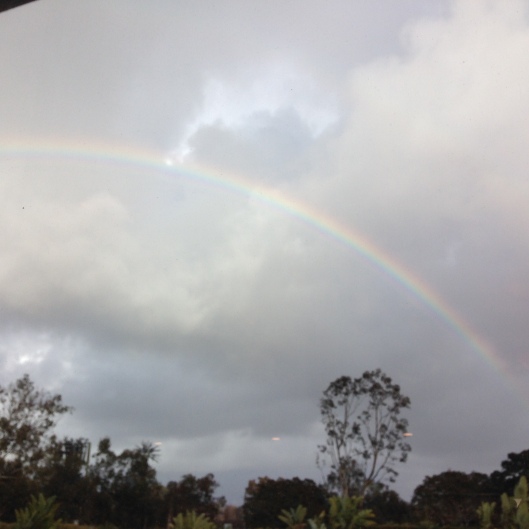 Many Paths strode toward the feast and tried to frame how she would present this. On the one hand, it was good news, but the news was ambiguous and incomplete. The fire part didn’t seem positive, but it was hard to tell. Too bad, she thought, that eagles couldn’t carry a better and more complete map. But the wolves could! Maybe they would bring more complete news. She felt a pang of affection for them as well as loss. She missed the wolves. Immediately, a much stronger feeling of missing flowed over her, for everyone, but especially Tu-Swift and Shadow Walker. She sighed and felt a big hollow inside, but then, the image of Shadow Walker came quite clearly to mind. She felt as though she could almost hear him talking though it seemed likely he was far away. The mind does play funny tricks sometimes, thought Many Paths, but it seems like he is telling me that my idea is right; we could communicate over distances by sending maps and symbols. Sounds a bit crazy, but why not? The wolves can track by a scent from something that is no longer where they are. What if we humans could learn to put a whole host of marks and scents on paper and then send it quickly via the wolves? She arrived at the feast and mentally placed this idea up on a branch of a tree she kept for “Interesting ideas to be thought about later.” For now it was time to reassure the people and tell them what she knew. For a split second, she considered the idea to pretend that she had simply “foreseen” that Eagle Eyes was all right and that there had been a fire. People might begin to believe she was magic and that could help focus the people to a purpose when the need became great. She could even weave a story that involved the “Magic Rings of Empathy.”

Now she smiled at the folly of that course. If she were successful in this lie — because exaggerating one’s own powers is always a lie — it would only make her make more outrageous lies in the future. The people cannot be led on a wise path with lies. That seems obvious.

Why then did she come up with such absurd courses of action? Maybe it was to continue to strengthen her resolve to do what was best for her people. For each time such a plot surfaced, at least so far, she had resisted the temptation. Mainly, she saw it was the wrong thing to do. Imagine that your eyes began lying to your toes about the position of a stone. Imagine that your mouth lied to your stomach and your hand lied to your mouth.

Even from a selfish standpoint, such exaggerations of her powers would be quite dangerous. She could be found out and lose all credibility with the tribe. Suppose someone believed that the Magic of Remote Sight arose from the Rings alone. Someone might contrive to steal those rings, with or without her fingers attached! If she shared the actual evidence she had, a shred of cloth, the whole tribe could apply their wisdom about likely interpretations. But if, instead, she presented her interpretation as fact, people could not think straight nor generate the full set of likely possibilities.

Beyond that, Many Paths knew that she could never fully enjoy and participate in the feast or in talking with her tribe mates if she knew she were telling them a lie. She would be — forever alone — even if they never found out. She would know she was lying. She would know. And that would put up a wall between them. No matter what someone said to her, she would have to “check to see” whether her answer would betray her or might betray her. A moment’s lapse of ethics, thought She of Many Paths, could lead to a lifetime of cover-ups and further lives.

Instead, she took her place among warm greetings and admiration. She let it be known that she had some interesting news to share around the fire after their meal of venison and corn on the cob.

Photo by Engin Akyurt on Pexels.com

The Orange Man: A Parable of Lying and Greed

The First Ring of Empathy (The Start of Book One)

Fire and Feast (The Start of Book Two)

3 thoughts on “Myths of the Veritas: When Eagles Return”