{Translator’s Note}: Sometimes, when one finds oneself in an emergency room, they ask you to rate your pain on a ten point scale. It seems that the Veritas had quite a rich and varied vocabulary for pain — and for pleasure. Although it is clear that the Veritas could count (at least that; though the academic debates are raging now about how they could have made the astronomical predictions that they apparently made without advanced mathematics), they would have found the concept of “rating” pain or pleasure bizarre. Even in my own childhood, the idea of rating something as complex as a movie (let alone a human being!) on a numerical scale would have seemed preposterous. As for the Veritas, precisely because they have so many dimensions and nuances of pain, there are not very many instances of any particular token. So, what follows is, as always, my best effort attempt to describe the pain of Tu-Swift.

Tu-Swift literally forgot who he was; or, more precisely, Tu-Swift trifurcated. The Tu-Swift that he considered to be him found himself embedded in stickiness, as though he were a hapless bug caught in the web of an onrushing horror of hairy legs and giant fangs. Yet, the more he struggled, the more entrapped he became. He could sense but not really see the spider. He could not even control his eyes. An invisible force focused them on the scene ahead where two other versions of Tu-Swift struggled with each other.

Tu-Swift (the observer) felt a surge of pride at the image on the right. He appeared taller, stronger, prouder looking than he had ever remembered feeling. But despite the outward beauty, something was wrong here. Instead of being connected to life in general and the Veritas in particular, he felt himself to be “it” – the only thing that mattered. From that odd perspective, he didn’t have to “know” how things worked and how to solve problems. He only had to tell a convincing story convincingly — so convincingly that people would mistake it for the truth. He felt strong when he looked at this shadowy reflection of himself; strong, and a little ashamed. He felt ashamed because he recognized that that had been pretty much how he saw the world when he was yet a toddler. Still, it was tempting. In a way, it would be so much simpler never having to know what is actually true; never having to take the needs of others into consideration.

On the left, the Tu-Swift avatar looked small and somehow — broken. This version of himself made him feel weak and powerless. It (he) sat cross-legged on the grass and petulantly broke blades off. Tu-Swift spoke to the boy. “Get up! Get up!”

The boy on the left spoke back. “I can’t. It’s too much effort. Anyway, it doesn’t matter. Look!”

The boy pointed at something behind Tu-Swift. He struggled mightily to turn to see what it was, but he could not turn his head. But he could feel the searing heat of the spider. He could only stare at the two boys before him and suddenly, he saw the boys disappear into a web of memories. He did not have to be exactly like the boy on the right or exactly like the boy on the left. He could pick and choose the situations when he wanted to be one or the other, but he was in no way limited to those two boys. He could pick and choose from everyone he ever met. Why had he not seen this before? It was like choosing a mask or garb for a ritual dance. Only … it need not be superficial. Thinking like Many Paths — that was more than putting on a mask. I think better with her.

He grabbed what he wanted from each of the two boys and immediately felt the searing heat of the monster that burned and blackened everything before it. Tu-Swift began rolling. His pain changed from an ember of deeply burning ruby red to a thunderstorm of flashing blue light and every bolt struck deep into the knee of Tu-Swift. Each bolt exploded outward in further flashes of blue so that, for a moment, his entire left leg erupted in blue pain.

After a few such rolls, Tu-Swift felt the freezing cold of rushing water. It stung and made him catch his breath, but it felt wonderful and somehow safe. But cold. What’s wrong with my knee, he asked himself. “Where is everyone?” he said aloud. His thoughts now began to once again unravel as he muttered to himself.

“Need … to take … inventory. Right knee. What is wrong with you, knee?” Tu-Swift, in his altered state, half expected the knew to answer back. “But something … something is very wrong. I fell. Need shelter.”

Near the river bank, on one side, lay hard rock cliffs. Tu-Swift managed to crawl into a cleft in such a cliff. His self once more disintegrated.

Photo by Anne-sophie Parent on Pexels.com

This time, instead of seeing two other versions of Tu-Swift, he saw everyone he had ever encountered, or at least, that is how it seemed. Just as he had always been able to hear the voice of Many Paths offering apt advice, he now realized that he could get advice from anyone in the tribe; or those of other tribes; even from the People Who Steal Children.

Tu-Swift imagined the voice of Shadow Walker calling out and showing him how to speak with drums or the sounds of birds. Those turned out to be important skills and he was filled with gratitude for Shadow Walker. And, he imagined he could hear the memory of Hudah Salah also calling out his name with her strange accent. It was exciting to think that people could speak so that only some might understand. Of course, he had been told that there were other tongues besides that spoken by the Veritas people. But it wasn’t until he had really heard such voices that he understood how important it could be to know other languages. Now, it was real and he was filled with gratitude for Hudah Salah for opening his eyes.

Tu-Swift realized that his own eyes were extremely tired. And he mentally waved farewell to the multitude of people out there ready to lend their knowledge to whatever task was at hand. He closed the eyes of every Tu-Swift he could and fell into a deep, unknowing sleep. 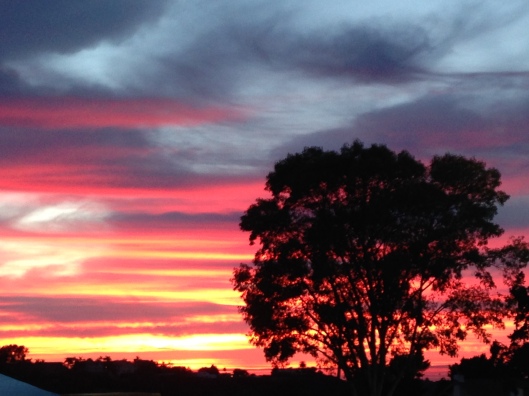 An Essay on Gratitude

1 thought on “Too Many Tu-Swifts?”