Although Lion Slayer had not specifically been tested or trained the way that Eagle Eyes had, since he was a human being, he could read the excitement on the visage of Eagle Eyes as she crouched down, turned back and scurried back toward him.

“What did you see? What’s there?” asked Lion Slayer.

“I saw an old friend! The Mountain of Twin Peaks! We are only two days from our Center Place. Sorry, I mean…well, the Center Place of the Veritas. Who knows? Perhaps we will soon see all our friends! Let me go back to the crest and scan the horizon for trouble for awhile. If all looks well, we should continue our journey.”

“I pray to soon see once again Hudah Salem and that she is well. And, for Fleet-of-Foot as well.”

Soon, they both lay on their bellies at the crest and scanned the land below them for any signs of trouble. It occurred to Eagle Eyes that Lion Slayer was unlikely to see something that escaped her own eyes, but she kept that to herself. And, she could well be wrong. Just because she could see details and patterns that escaped most people did not prove he was incapable of recognizing patterns that she could not see. After all, he had spent years seeing patterns in a different environment than she had. He might well see dangers that she would have missed. As Shadow Walker discovered, a snake may find you by your heat. She imagined for a moment being a snake finding Lion Slayer by his heat. That line of though, for some odd reason,  reminded her that Lion Slayer looked strong and handsome. 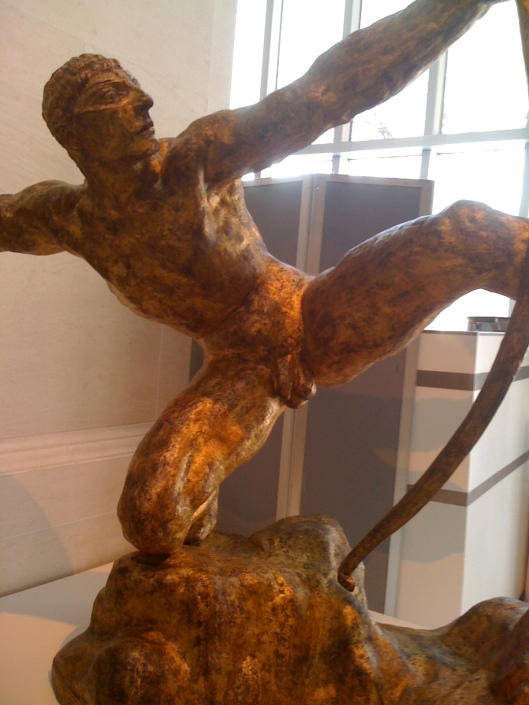 After a time, they glanced at each other, smiled, and nodded to signal their agreement that it was time to move forward. Though they had spotted no trouble, because they were visible on this downslope for a good distance in many directions, they moved only when the wind stirred and kept from moving in lock-step. Soon, they reached the cover of a large wood. They entered the forest in good spirits. Eagle Eyes had reassured Lion Slayer that they would very soon reach lands that she was intimately familiar with.

“If we’re lucky,” she claimed, “we may make tomorrow night’s feast!

Meanwhile, Trunk of Tree had somehow convinced himself that he would make a better leader than Many Paths. Try as he might, he could not convince others to share this opinion. All he did as he sought out support was to distance himself from others. Prior to his questioning of Many Paths, he had actually been popular and well-respected among the Veritas, both for his strength and for his not inconsiderable military instincts. But this campaign, he reflected is going very badly for me. He brooded on his failure and recalled that ALT-R had used POND MUD in his various schemes. As he paced back and forth along a line of wild blueberries, he turned the problem this way and that. Aloud, he said, “Who can be my POND MUD?”

As chance would have it, Many Paths had come with Easy Tears to pick some blueberries and overheard his odd question. Preoccupied as he was, Trunk of Tree did not notice their presence. Many Paths found herself tempted to keep around the bend out of sight to see whether Trunk of Tree would say anything else. But she felt a mild dishonesty fringed such an action so she playfully announced, “Well, met, Trunk of Tree. I don’t think that things ended well for POND MUD, nor for ALT-R either. But I am sorry if you are mourning him. I felt bad that we lost both of them to the forces of greed and deception. In the end, it was as though they were the offspring of The Orange Man.”

Trunk of Tree glanced back and forth between the two young maids and his cheeks reddened. “Well, I’m not really mourning him. I was just curious — do you know anything about their friendship? I mean, I don’t see why POND MUD did whatever ALT-R said. Do you understand it?”

“Not fully,” answered Many Paths truthfully. “I did find out that POND MUD somehow got it in his head — well, because ALT-R told him so — that ALT-R had saved his life! Nothing could be further from the truth. I am almost certain that ALT-R tricked POND MUD into getting in the quicksand in the first place. And he could easily have pulled him out with a vine or brach or rope, but he made POND MUD really scared and convinced him he had to literally put his face in the mud in order to get out.”

“So….? Did you set him straight?” asked Trunk of Tree.

“I tried to. I think many people told him the same thing. But he kept asking more people. He was looking for a certain answer — that ALT-R had saved his life. But no-one else thought so. That just made him — somehow — believe ALT-R … harder? Is that the word? As though he insisted on hanging on to this false belief. I don’t fully understand that part.”

The three of them began silently partaking of the delicious berries. After a time, Many Paths said, “Have you ever started to lose your balance and then the harder you try to right yourself, the more out of balance you become? It felt a little bit like that. POND MUD couldn’t help himself and when he did, he began to feel guilty — as though he were betraying his friend ALT-R to even consider whether he had been telling the truth. Ironic, eh? ALT-R was using him — abusing him really. But whenever POND MUD thought along those lines, he felt guilty so … so he was more peaceful inside to just believe the lies of ALT-R. I don’t really know, Trunk of Tree, but that is my surmise.”

“How stupid of POND MUD!” exclaimed Trunk of Tree, a trifle too loudly, it seemed to Many Paths.

“Indeed,” answered Many Paths. “I feel sorry for him. I keep wondering what I could have said to allow him to see the truth that was staring him in the face.”

Trunk of Tree got a faraway look in his eye. “Perhaps you didn’t properly use the Rings of Empathy. Maybe…just maybe it takes actual physical strength to force insight onto someone.”

Easy Tears frowned and tilted her head at that comment. Many Paths gave a sardonic smile. “You might be right, Trunk of Tree. I do not have such an understanding from She Who Saves Many Lives. It’s not…It’s just a ring. Well, seven of them. I use them to … connect with people; not control them. I have never tried to use them in the way that you propose.”

“Exactly! You’ve never even tried! That’s the problem with women! You and She Who Saves Many Lives aren’t using the true power of the rings! If a man had them — a man who had power in his heart and soul and body, he could make people see the truth! That’s why I think I should be leader. I would not be afraid to use the power of the rings!”

Many Paths reached into the crevice between her breasts and pulled on a leather thong. Out through the neck of her tunic a small leather pouch popped. “Well, let’s try your experiment then. Here. Easy Tears is enjoying those blueberries! As am I! But here, borrow the rings and see whether you can convince her they are no good.”

“What? You can do that? You would do that? You would give me the Rings of Empathy? You’re a fool, but thank you.” He held out his hand and Many Paths plonked down the pouch into Trunk of Trees ample hand. “I’m not giving them to you. I’m lending them. Have a go.”

Trunk of Tree could hardly believe his good fortune. He had plotted and schemed to obtain the Rings of Empathy and Many Paths had given them to him! I can get everything now. He held all the rings in his hands and begin concentrating as he intoned, “Easy Tears, you do not like the blueberries. You hate them in fact. You will give all of yours to me.”

Easy Tears began trembling. She fell to the ground and muttered in a strange voice, “I love blueberries. Oh, no, I hate blueberries. I love them. I hate them. No, no. The power of the ring is too strong. Oh, they are burning me. The blueberries are setting me on fire. Oh, no!” She began rolling uncontrollably on the ground. 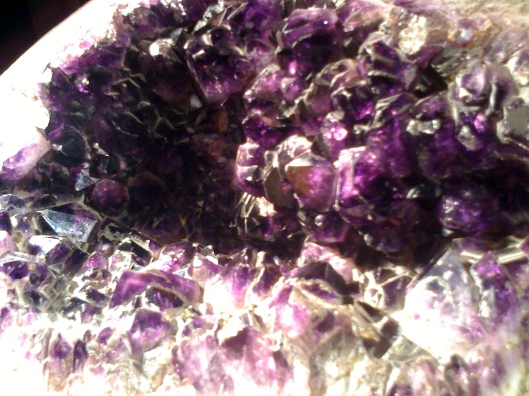 Many Paths could see that Easy Tears was convulsing with silent laughter.  Many Paths quickly knelt down beside her and whispered into the ear of Easy Tears “Don’t humiliate him. Break it to him gently.”

Trunk of Tree held his hands high and shouted with joy. “You See! You see! I can harness the magic of the Rings!”

Easy Tears was laughing so hard now that her face was wet with tears and she couldn’t catch her breath.

Many Paths considered joining in the fun and leading on Trunk of Tree. In some fundamental way, that would be cruel. Wasn’t it just as wrong to bully Trunk of Tree with her superior insight into human nature as it would be if he used his superior strength to bully someone? Among many possibilities she considered that she wanted to sow doubt in his mind quickly but also gently. “Do you remember, Trunk of Tree, that wrestling trick you taught me when we were kids? I think you called it “willow wand”? Is that right? And the harder someone rushed at you…”

“Why are you asking about wrestling?” sneered Trunk of Tree.  Did you see how I bent her mind with these rings?! I don’t understand why you never tried it. Or, maybe you did but you’re not strong enough to make it work!”

“Trunk of Tree,” she began, and noted that a hint of exasperation had crept into her voice. She tried to concentrate on what she admired about Trunk of Tree and spoke again, this time with genuine affection. “Trunk of Tree, you know what a great jokester Easy Tears is and how she has facility to fool others with play acting. Right?”

“What are you saying? That she faked it? That was a real curse. Look at her even now, she writhes in pain. I am sorry, Easy Tears. I didn’t know how powerful I would be with the rings.”

“Oh, Trunk of Tree,” chuckled Easy Tears, “You went along with my play-acting splendidly! I think we may have really fooled Many Paths there for a moment! Right, Many Paths? Admit it. You thought, just for a moment that maybe they really were magic. Come on. Admit it.”

Many Paths nodded and smiled. Easy Tears had some brilliant thoughts. This way, I can ‘take the fall’ for the joke and save Trunk of Tree’s pride, provided only he’s smart enough to play along. “You did. You did. For a moment there, you two had me going. What’s that sound? Drums. Listen. Two of our own approach. It’s Lion Slayer and Eagle Eyes! They’ve returned! Let’s go hear their tale!”

Many Paths turned and ran toward the Center Place of the Veritas, deftly snatching her pouch with the Seven Rings of Empathy out of Trunk of Tree’s hand before he could even react. Soon, Easy Tears and Trunk of Tree were running behind her, eager to hear what news they had brought. At least for now, Trunk of Tree’s thirst for power seemed to have evaporated like a morning mist under the rising sun. But winter is coming. 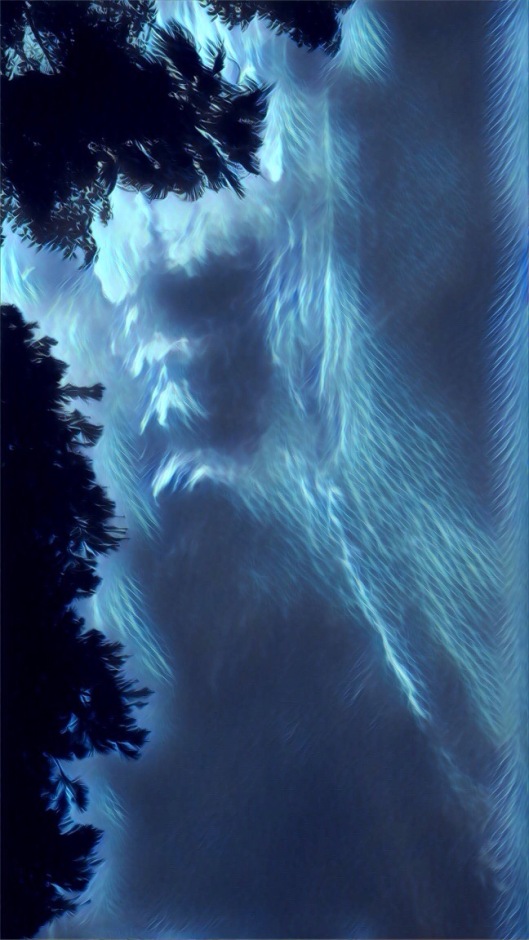 The Myth of the Veritas: The Forgotten Field.

The First Ring of Empathy.