Eagle Eyes chatted quietly with Easy Tears, and their conversation drifted easily among many topics. Suddenly Eagle Eyes stopped in her tracks. Her eyes spun to something sparkling among the rocks. She thought that perhaps it was merely a piece of shiny rock but as she drew nearer, she realized it was not a rock, or at least nothing like any rock she had seen before. Soon, the others drew near and stared down with her. Even the pups busied themselves sniffing its edges.

A hand-sized ornament had drawn the attention of Eagle Eyes. It consisted of a perfect full-moon shape within which were inscribed three smaller circles. Every member of the search party found the ornamented piece intriguing. Apart from the pups, Shadow Walker touched it first. “It is of the same — or at least very much like — the circles of cold rock at the bottom of the wall door we moved.”

In turn, the others touched the cool circle of rock. 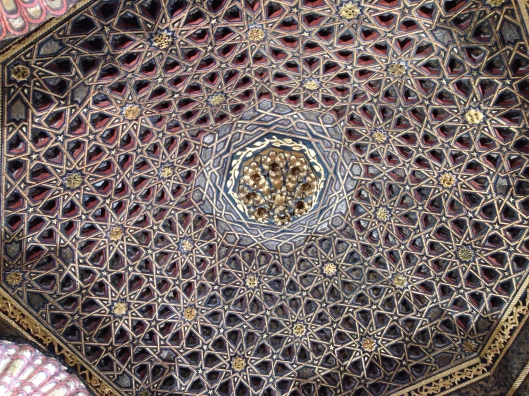 Easy Tears said, “Whatever this is, it gives me chills. It feels like touching…death, actually.” Lion Slayer picked up and turned it in his hands. “I see one. Long ago. My father’s father called it, ‘Tree Quarto’ or something like that.”

Hudah Salah whispered something into the ear of Lion Slayer. He nodded and said to the group, “Yes, Hudah remind me that this is a symbol used by the Z-Lotz. Grandfather showed us one when he tell us the Legend of the Unholy Alliance. I dream about it night before dawn, but then forgot when I … when I awoke.” He glanced at Shadow Walker.

Shadow Walker smiled, “When I woke you up. Sorry. What can you tell us of that legend?”

Lion Slayer frowned as he began. “The Legend of the Unholy Alliance” has been told in our tribes for at least six generations. I am not storyteller, but this symbol is supposed to represent the world – the larger full moon shape; and the three smaller full moon shapes represent body, mind, and spirit.”

Shadow Walker waited while Lion Slayer gathered his thoughts. Easy Tears broke in. “So, this is a symbol that the ROI like?”

“No, Easy Tears. It is a symbol of the Z-Lotz. That is where the unholy alliance comes. Far beyond our lands, the Z-Lotz ruled but they often fought with the ROI. At last, so the legend goes, the greatest leader of the Z-Lotz and the leader of the ROI had a parley. They agreed to stop fighting. The ROI care nothing for the spirit world, nor really for much of anything except to get more and more as fast as possible. They make deal. Z-Lotz agree to leave the ROI alone and not try to make them believe all the impossible things that the Z-Lotz believed.

“But in return, the ROI, promise to pretend to believe and wear the symbols of the Z-Lotz. In return, the Z-Lotz would not only leave the ROI alone; they would pretend that anything that the ROI did was commanded by Giant Sky Bear himself, which the Z-Lotz pretended to be able to talk to. In this way, the ROI were able to conquer many people’s by force and then teach these conquered people that it was their lot in life to be slaves because it was commanded by Giant Sky Bear. The ROI never believed it, of course, for they cared nothing for such things, but these lies proved helpful in convincing the slaves that there was no point in resisting because they would be struck down by the powerful claws of the Giant Sky Bear. The ROI gave the Z-Lotz many material gifts as well. Though the Z-Lotz pretended not to care about material gifts, they never refused any such gifts.”

Fleet of Foot thought perhaps Lion Slayer was finished so asked a question. “And, did the Z-Lotz actually believe this Great Bear in the Sky would really do that? Or, did the ROI? I am confused.” 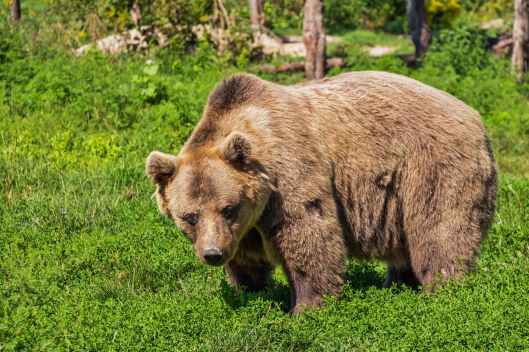 “Fleet of Foot, you ask good question, but we do not know. We do not know what they truly believe. I have never even met ROI or Z-Lotz. But when our legends are tested, they are generally accurate. I suppose that beliefs actually vary quite a bit among the ROI and among the Z-Lotz, but they all steadfastly pretend to believe such things and this allows them to manipulate people. At least that is what legend says. So, if our supposition is correct that ROI were stealers of children, and they are wearing this symbol of Z-Lotz, that would tend to be in alignment with legend. It does not prove it, of course. But it seems consistent.”

Eagle Eyes asked, “But do your legends say that the ROI make or use these cold, smooth, hard rocks?”

Lion Slayer glanced at his wife, and she shook her head. “Not that we recall. No. I am sure I would have remembered such a tale. Such a soul-sucking object, I would have recalled. Neither of us has heard of such before.”

Shadow Walker put the ornament into his knapsack and the six continued swiftly on their journey.

The Myths of the Z-Lotz

The Myths the ROI

1 thought on “The Alliance of the ROI & the Z-Lotz”