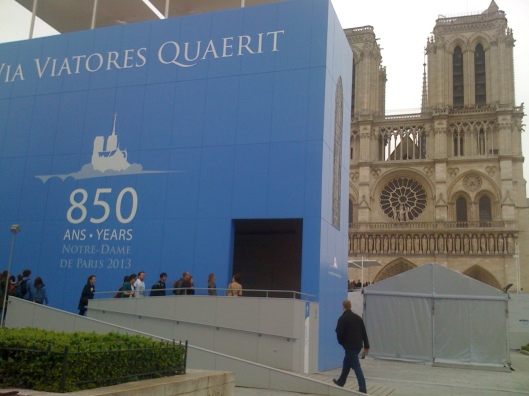 It occurs to me that some readers would like to know more about Pattern Languages; the pros and cons; pointers to the research; perhaps, how to write (or find) Patterns. I will do that soon on the basis of my current understanding. I’d like to put out a few more examples first though. I find that concepts such as “Pattern” and “Pattern Language” are much better defined by example than by rule. In the meantime, here below are some pointers to give a better flavor of what this odd creature, A Pattern Language, actually looks like and whether it can be housebroken or used for hunting. As you can tell by the list below, I have tried this creature in many different circumstances. To me, it seems quite happy and affectionate. I think that when it comes to trying to work with Pattern Languages, it is necessary to treat it something like a puppy. Your attitude will be an even more important a predictor of your success than your cleverness or knowledge of the Patterns.

Let every Pattern be “frisky” and let each Pattern explore and check out odd corners of the domain (and each other). There are cases where a Pattern doesn’t apply and there are cases where no Pattern applies just as your puppy can’t do anything they want. And, there are a few places where Pattern Languages are not at all appropriate just as there are places where no pets are allowed. For example, some situations are well enough understood that they can be characterized by a mathematical formula. No need for a Pattern (or a puppy) there, though it could still be fun.

There are several “sources” of inspiration for this Pattern. First, I was struck by one of Christopher Alexander’s architectural Patterns because it resonated with one of my own pet peeves — modern buildings often give no clue as to where the blasted entrance is! Part of Pattern 110 – Main Entrance says the following:

Being able to know where the entrance is, of course, is somewhat different from saying the entrance should give a clue as to what sort of behavior is appropriate once inside. In terms of my own experience however, this Pattern of Alexander’s set me to thinking about the importance of entrances.

At about the time I became aware of that Pattern, I was working at IBM Research and used a system that my wife and other friends at IBM developed called “Babble.” This was a mixed synchronous/asynchronous messaging system with wonderful functionality but a rather “unprofessional” look to it. Later, when she managed the group, she hired an extremely talented architect/designer and Babble was replaced with a much more beautiful system called Loops (as in “keeping people in the loop”). The functionality was quite similar but the second design was much more beautiful. Oddly, it never got quite so much use as the first system. I began to wonder whether it was so beautiful that people felt as though what they needed to be more formal, respectful, and serious when they wrote there.

At about the same time, I built a website with some nice graphics. This was a wiki meant for everyone in a community to use. Instead, what I got was email from people suggesting things I could add to the website. “No, it’s a wiki, I explained. You don’t need my permission. Just add what you want!” Very few takers. Later, I made it more “rough-looking” and people began adding material to it.

While traditions in a culture condition us to expect certain kinds of behavior when we go to a dry cleaners, a pub, or a cathedral, it seems that when it came to electronic media, cues were often missing or misleading. In a later project to improve search on www.ibm.com, I noted and then explained to management that although IBM was trying to be the high price, high quality provider, their website looked, at that time (@2000) a lot more like K-Mart’s website than it did that of Harrods or Neiman Marcus. All of these specific situations led me to believe that context-setting entrances (e.g., splash screens and portals) were not being sufficiently accounted for in the design of electronic media.

Human societies have widely different customs about what is appropriate behavior in different contexts. As people grow up in a culture, they learn when and where various actions and styles of behaving and talking are appropriate. When someone enters an unfamiliar setting, it is generally to everyone’s advantage that the new person has some idea about what is appropriate. Therefore, before the person even enters it is nice to provide the right emotional tone and mood appropriate to the current situation. In some cases, this can be done architecturally or musically. In other cases, people may be given a “program” which through typography, word choice, or images may set the tone for a gathering. By setting the context at the entrance, people understand better what is expected of them; it prevents their embarrassment and enhances the ritualistic aspects of the event as well as making the practical outcomes achieved more effectively.

Groups function better when the people in the group behave within a set of norms. For example, at a golf match, there are specific roles for contestants, caddies, audience members, officials, vendors, and the press. Each of them is expected to play a particular role with respect to the tournament. In addition to that however, there are expectations about the appropriate style. In golf, as in tennis, it is expected that the audience be quiet during actual play. Baseball and football players as well as professional fighters talk trash to each other but tennis players and golfers typically do not. If people use the “wrong” norms for the occasion, they may be embarrassed as well as upsetting the rest of the group. In some cases, such as a church service, prom, funeral, wedding, or legal proceedings, failing to follow the norms may even tend to thwart the social binding purpose of the event. For example, many things that would be “appropriate” at the bachelor or bachelorette party right before a wedding would not be appropriate as part of the post-wedding toasts. Because there are “rules” even if just one person follows those rules, it diminishes the feeling of group cohesion for everyone. In some cases, violating the norms could also have considerable practical consequences. For example, if a small town has a barn-raising event and there are assigned roles and responsibilities, someone simply “winging it” or following some completely different process of home building could be frustrating, counter-productive, or dangerous.

Cultures developed separately in many places around the world. Partly to adapt to specific conditions and partly by accident, these cultures developed different cultural practices. There are many cultures around the entire world who celebrate e.g., successes, conceptions, births, deaths, marriages, divorces, graduations, birthdays, coming of age, etc. Aside from rituals and special events, there are also particular places where one is expected to behave in a certain way or certain people such as royalty who are supposed to be addressed in certain ways. There are also particular holidays that precipitate particular behaviors, moods, rituals, etc.

Yet, there may always be the possibility of those without the training or instructions to become involved in a social situation with demanding rules. In such cases, it helps to set the context by the words, shapes, colors, music, architecture and thereby let people know what the proper tone should be for the occasion .

People find it very difficult to operate in a sea of ambiguity and therefore seek to find explanations and clarity very quickly. Unfortunately, people therefore tend to jump to a conclusion about someone else and that conclusion can then blind them to further information about that person, particularly when the new information is at odds with the initial impression. So, when someone behaves “badly” — too informally or too formally, for instance, many immediately think badly of them. And, they, in turn, through being embarrassed, think less of the group, event, ritual, etc. than they would have if they had simply been “clued in” as to what was expected.

When designing a website, application, building, party, or basically anything at all, use cues at your disposal to let people know what sorts of behavior and what styles of behavior are appropriate.

1. Motion picture use both imagery and music at the beginning to let the audience know what this movie is about and even presage how it will turn out. Consider for a moment the difference between the beginning of The Sound of Music and Jaws. In both cases, the imagery and the music are quite appropriate to the overall dramatic arc.

2. You enter a restaurant. Even before you are seated or look at a menu, based on the noise level, background music, architecture, how crowded it is, and how the people are dressed, you generally have a fairly good idea of what is appropriate and inappropriate conversation and behavior as well as what the price range is likely to be.

3. You see a book at the bookstore or on-line. Before buying the book, or indeed, even reading a few pages, you already have an impression based on the cover, the size and age of the book, the blurb, and the author’s profile what type of book this is to be. For example, and hopefully, the cover art of Turing’s Nightmares says: “This is science fiction” and “The world is going to be quite different.” The tone will be somewhat surprising and unpredictable On the other hand, the cover of The Winning Weekend Warrior” is going to be about victory and is set in the real world. The tone will be fun and happy. The dust jacket of Christopher Alexander’s A Pattern Language, looks to me quite formal and serious. It seems rather tome-like because of the sparseness of cover imagery, the typography and the presence of so many authors on the cover.

4. When it comes to social media, of course, a large part of what people “see” in the “entrance” are the posts, blogs, tweets, comments of other participants. If one wanted, for instance, to increase the chances that users were respectful, polite, or rude, one could alter the first few posts, blogs, tweets or comments that a new user saw and that could serve as a model for what was deemed most appropriate.

Most people most of the time wish to act appropriately. Letting them know what that is increases the chances that they will be able to.

The strongest metaphor that leaps to mind are various “warnings” in the plant and animal kingdom; e.g., brightly colored poisonous snakes and tree frogs as well as “attractors” such as flowers use to attract bees and birds and fish use to attract potential mates. 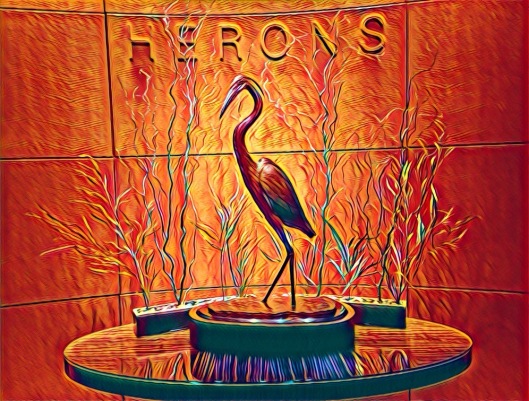