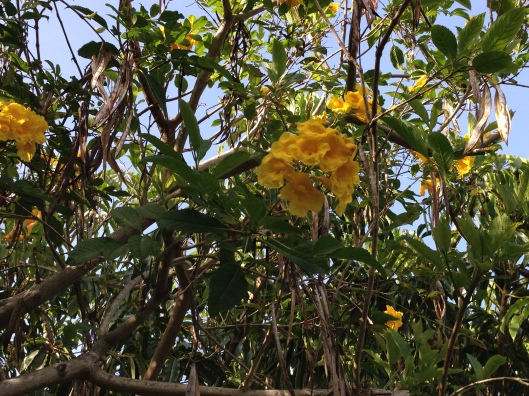 The small group sat around the campfire in silence for a time, each relishing privately the fact that they were still alive. Shadow Walker looked at Jaccim and broke the silence, saying in Veritas and illustrating his points with gestures, “Thank you for showing us the ‘flume’. I think you may have saved all of our lives.”

Tu-Swift looked at Cat Eyes and tilted his head and smiled at her. She quickly translated in case the others misunderstood the sign language. All nodded.

Shadow Walker spoke again. “I hear no more drumming. I think the — you call them ‘Z-lotz’? — have given up their search. But I still do not feel safe here, though at least we are surrounded by unburned forests. Apparently, the fire did not know how to ride the ‘flume’ to these lower grounds. We have fresh water and we can hunt. I, for one, am quite hungry. We will hunt to gain back our strength, but then, we must find our way back to the lands of the Veritas. Can you help me make a map? We can all work together and have the best chance of not getting lost. Perhaps you can all point out where you think game might most likely be as well?”

Cat Eyes and Tu-Swift cleared some ground near the fire. As he worked, Tu-Swift spoke aloud, “We need to find food and find our way back home, but once our bellies are full and we know which way to walk, or hobble, at least, I want to find out more about the use of strange markings for talk at a distance.”

“I will help if I can,” said Cat Eyes as she smiled at Tu-Swift.

Shadow Walker turned suddenly, obviously startled. He put his finger to his lips. “Deer!” he whispered. “Or elk. Listen!”

Shadow Walker slowly put his sword in hand. Hunting was certainly easier with bow and arrow. Trapping was easier still, but in this case, he thought, our swords will have to do. His well-trained eyes caught a bit of movement and pointed. He gestured for Tu-Swift to grab his sword and circle slowly around, but the deer turned and headed right toward them! How unusual, he thought.

Soon everyone could see that neither deer nor elk approached, but a rather large horse. Tu-Swift recognized the dappled mare as one of the ones he had set free. Her colt accompanied her. He approached slowly, careful not to startle the creatures. He spoke in a low soft voice, telling the horse how beautiful she was. 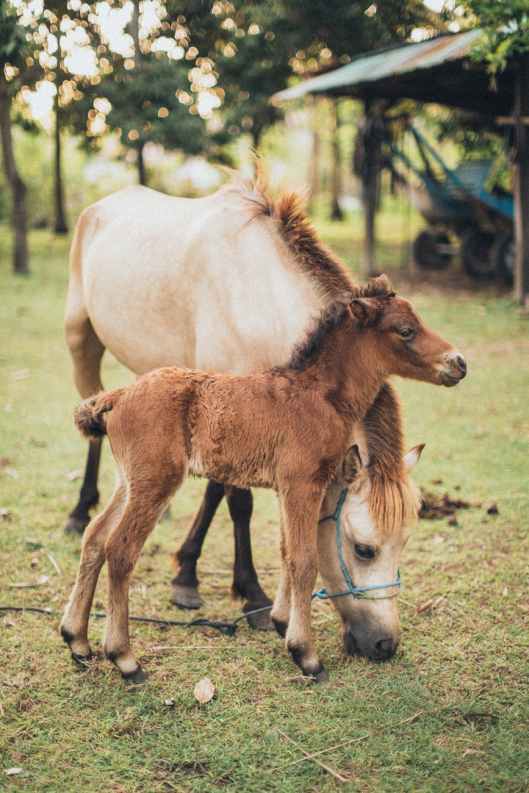 Photo by Elina Sazonova on Pexels.com

Jaccim chuckled and said something in ROI which Cat Eyes translated into Veritas. “He says that you are quite talented with the horses. Jaccim says that if it were up to him, he would treat them more like you using more love and less pain to train them though this is not the way of the ROI.”

Tu-Swift continued to approach the animals very slowly. Meanwhile, Shadow Walker glanced at Cat Eyes and then to Jaccim. “Cat Eyes, can you ask whether they are edible and tasty like deer?”

Cat Eyes smiled, “Oh, they are edible. I can answer that myself. But horses are much more useful as transportation. The ROI and the Z-Lotz only kill them for food when the animal has become too old to work or has broken a leg. They also use the hooves of such to make something that causes two things to stick together. I know you are hungry, as am I. I have never been here, but I suspect game should be easy to find. I saw deer scat and rabbit scat both when we crossed a trail near where we came out of the water.”

“How can you trust such a large and powerful animal though? It seems it could bite you or knock you down and trample you.”

“Indeed. I suppose they could. But watch Tu-Swift. He is not afraid. Though we have no ropes to ride with. I have seen some ride such animals by holding on around their large necks. But if you wish to use them, we may need to make some ropes or weave some vines together. Look.” 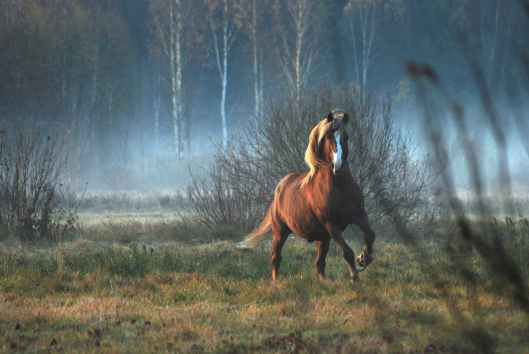 Photo by Rolandas Augutis on Pexels.com

Cat Eyes pointed to Tu-Swift who now stood right next to the mare still talking quietly and patting and rubbing the animal gently. “I think Jaccim is right, Shadow Walker. Tu-Swift shows great cunning with horses. If you are going to fight further with the ROI or the Z-Lotz, our people would do well to understand horses better. In this way, both Tu-Swift and Jaccim could prove useful. We will find sustenance, I do believe, without killing this one who has come to us in trust.”

Shadow Walker, sword in hand, had been slowly approaching the mare and her colt. He had been planning to try to kill the smaller animal. It would be less dangerous and would still fill their bellies, giving them strength they needed for their journey. As he drew nearer, the words of Cat Eyes began to penetrate his warrior mind and he could not help smile at the colt who sidled up against his mother and seemed quite unafraid of Tu-Swift. The colt reminded him of Tu-Swift. He recalled how devastated he and Many Paths had felt when Tu-Swift had been stolen. If he killed the smaller animal, the mare would be equally devastated.

Shadow Walker stopped advancing & turned back to speak with Cat Eyes. “You’re right. We may find great use for these animals. We can find other game. Perhaps Tu-Swift can convince these animals to come with us.”

As Shadow Walker spoke these words, he realized that he had not seen the wolf pups for awhile. Out of the corner of his eye, he saw them returning to their fire circle and each held a rabbit in its mouth. 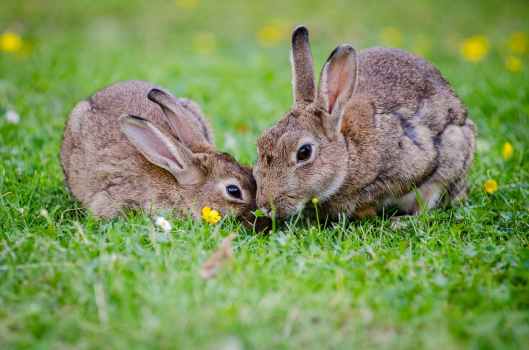 Cat Eyes laughed lightly and pointed to the pups, “It looks as though some of your friends have already been hunting. I see vines of ground nuts there and some Solmon’s Zeal by that path. We can bake the roots in the coals as soon as I can dig these up and clean them. Can you clean the rabbits with your sword?”

“I suppose I could,” answered Shadow Walker, “but I’ll have an easier time with this.” As he spoke, he took a flint knife out of a sheath in his belt.

Jaccim spoke aloud. “Here you go, Boy. Tu-Swift. Use this to capture the horses!” He held aloft a length of rope. Something about his gesture, his voice, or the sight of the rope spooked the horses and they trotted off into the dense forest.

Tu-Swift hobbled back and shot a glance at Jaccim. He shrugged his shoulders.

The group finished preparing the meal and ate quickly. One the edge had been taken off their hunger, they returned to the task of collaboratively creating a map. When they were satisfied that the map was as accurate as they could make it, Cat Eyes quickly reproduced their sketch on a piece of dried deerskin. They agreed on an initial direction, gathered up their belongings and began what they hoped would be their three or four day journey back to the Center Place of the Veritas.

They followed a deer path through the forest and soon came to more open land. Tu-Swift looked back toward the stream and on above that to a small stand of charred trees that marked the graveyard of the village of the ROI. Despite his persistent limp, he felt glad to be alive and free. He smiled, for in the distance, he saw a small herd of horses following them from perhaps a mile away. 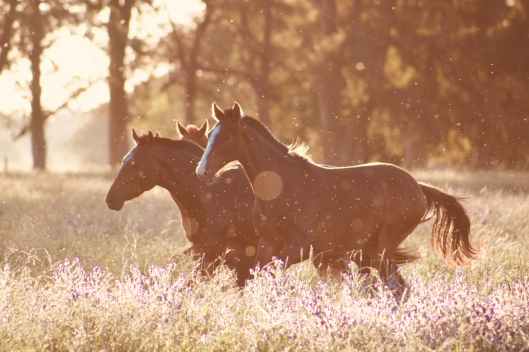 They walked for a time single file, with Shadow Walker and Jaccim in front, the three ROI women, and Tu-Swift in back with the two wolf cubs. As Tu-Swift walked, he found himself juggling many ideas and feelings. The ideas twisted and turned in his head so rapidly that it reminded him of the terrifying, yet exciting ride in the ‘flume.’ Cat Eyes strode directly in front of him and he liked the way the sunlight played in her hair. Tu-Swift desired her greatly, though that made him feel guilty and wonder about Sooz and whether she would still be looking forward to Tu-Swift’s return. Besides, Cat Eyes seemed very much older and wiser than he was. She seemed a person filled with much light, but there were also very dark shadows somewhere in her soul. Cat Eyes happened at that point to glance back at Tu-Swift. She did this periodically, to make sure they were not moving too swiftly for him to keep up. She waved to him in a friendly way and pointed back at the horses and smiled. Then, she made a gesture that seemed to mean that she really liked him! Or, perhaps that she really liked horses. Or, perhaps that she really liked that the horses were following. Or, perhaps that she too was glad to be away from the place of her captivity.

Sign language could prove quite ambiguous. That made Tu-Swift’s mind explore his memories of the stick-figures on the deerskin and his dream. He felt sure something magical lay in that small leather pouch that he could spy tied around Cat Eyes. Then, he reminded himself to put his mind back to the task at hand. The ministrations of Cat Eyes had improved his knee, but one false step into a hole, tripping over a root, or stepping into a hole and his knee could end up worse than before. His eagerness to see all his friends and especially Many Paths grew with every step. Would he eventually be able to train the horses, perhaps with Jaccim’s help? Would he and Sooz still be best friends? Then, he again reminded himself that he needed to keep his eyes and minds on the task. One step at a time. One step at a time.

Gateway to my Books on Amazon — Gifts for the Holidays

For the amateur athlete in any sport. This book focuses on the mental game.

Suggests many ways to work more exercises into the daily activities of those who are very busy.

Tales from an American Childhood

This book recounts early experiences and then relates them to contemporary issues and events.

The First Ring of Empathy (Beginning of this tale).

Introduction to a Pattern Language for Collaboration

Index to the Pattern Language for Collaboration

2 thoughts on “Mapping Out the Road Home”