Tu-Swift heard something and dropped to the ground instinctively. He nearly screamed aloud from the sudden explosion of sparkling white pain that shot through his knee. He panted to help squelch his scream and reduce the pain. He stared through a gap in some fencing. His body now flooded with adrenalin, his thoughts once again raced ahead. What was that furry thing in the distance?

Wolves! Of course, he thought. Lucky I am downwind! They will be hungry and looking for food. These appeared to be mere pups. They don’t send pups out first. Perhaps the pack has all been destroyed in the fire and only these two — wait! Those are the ones Many Paths befriended! And there’s Shadow Walker! He’s limping. What happened to him? And what is he…he glanced at his own sword. He’s got one of these. But Shadow Walker was being cautious. Perhaps he sees more wolves? Or, the People Who Steal Children?

Just then, Shadow Walker begin secret whistle-talking, hiding his message in the surrounding birdsong, much as a stalking cat creeps hidden in the tall grass. Shadow Walker was asking whether Tu-Swift was there. Tu-Swift nearly shouted out that he was here, but caught himself just in time. He whistled back that he was here and asked if it was okay to come out of hiding.

Tu-Swift now smiled. His smile widened. He was so happy, it took him three tries to purse his lips enough to whistle back: “You are already visible to me.”

Shadow Walker snorted and then he really laughed aloud. He knew it to be rash but he had been so tense, frightened, worried, angry for so long that the relief came unbidden.

In body, both of these Veritas were hobble-legged and jerky; they nonetheless closed the gap between them quickly, but not so quickly as the wolf pups who were at Tu-Swift in a flash. He smiled deeply at their obvious joy in seeing him again. He felt his shoulders and neck relax. Then, he fell into a long embrace with Shadow Walker. They felt such mutual relief in their reunion that thoughts of the dark and evil days they had just lived through did not invade the consciousness of either one of them for a time. Yet, both of them held fast to the hilts of their new-found swords.

Shadow Walker and Tu-Swift both began to speak at once. Then, out of mutual respect, both stopped. Shadow Walker stopped out of respect to the exuberance that emanates and animates the young in general and to the survival of Tu-Swift. Tu-Swift respected the age and experience of Shadow Walker.

After a pause, Tu-Swift began again, “What happened to you? Where are the others? Are there more of the People Who Steal Children still about? Did you see any horses? How is Day-Nah?”

Shadow Walker smiled and put up his hand. “Wait. Wait. I have questions for you as well, but quickly and one at a time, I will try to answer yours first. I sprained my ankle running from the fire. I don’t know about Eagle Eyes and Lion Slayer. So far as I know Day-Nah is okay, heading back to our Center place with Fleet of Foot, Easy Tears, and Hudah Salah. I did slay one of the People Who Steal Children on the way here. But wait. You asked whether there were any more. Did you see some?”

“Oh, yes. There are four under the armory, or what used to be the armory. Three women and one badly wounded man. He was one of the ones who oversaw me when I worked with the horses. I came out here to find some yellow dock to staunch his wounds.”

Shadow Walker shook his head. “What? Four of them? What sorts of weapons do they have? Why are you helping them? This man who enslaved you?”

“They have no weapons,” Tu-Swift began. “He — he’s hurt — and in a lot of pain. I don’t think he’s a threat. These are not really soldiers. They are…just people. They could not outrun the fire and managed to survive in the cellar beneath the armory. Should I not heal him? But anyway, there is nothing growing anywhere near. I can’t travel far as yet. I fell badly and twisted my knee.”

Shadow Walker nodded. “Ah, those odd tracks were your odd tracks. Crutch and all. Where did you get one of these?” He held aloft his sword and regarded it, still impressed at the feel of it.

Tu-Swift replied. “It was in the armory. It is sharp! But also — so hard. I think it would slice right through most of our weapons. How did you get yours?”

Shadow Walker’s tone became somber as he answered, “One of the People Who Steal Children came at me with it. I had no weapon to speak of. I was lucky to survive. He fell onto a sharp tree stump and perished. I helped him end his life more quickly.”

Tu-Swift looked into Shadow Walker’s eyes and said softly, “So, you also believe in mercy for our enemies?”

Shadow Walker frowned. “I’m not sure. But let’s see these People Who Live in Cellars and find out what their story is. Lead the way.”

Tu-Swift began hobbling toward the armory. After a few feet, he felt a tap on his shoulder. Shadow Walker held out a bunch of dried leaves.

Tu-Swift exclaimed, “Yellow dock! But where did you get it?”

Shadow Walker, “Not around here. When I escaped the fire, I found some near a creek to help heal my sprain. I’m not that swollen or pained any more, though I still cannot really walk very well. You can use this on your friend.”

It was Tu-Swift’s turn to frown. “I would not call him my friend. He was the least cruel of the three main overseers we had. And he was almost decent to the horses too. Almost. Anyway, if we have the power to heal, it seems we should. I’m sure that’s what Many Paths would do.” 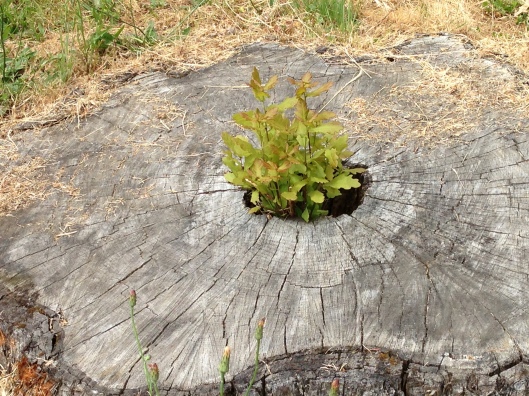 Shadow Walker sighed a long sigh. “Are you sure? I’m not. She just became leader and one disaster after another has befallen the Veritas. You were stolen. Several of our guards were murdered. Somewhere in this land, there are eight of us. But I only see you. You are the only one I can be certain is still alive. I’m not so sure Many Paths would chose mercy for any of the People Who Steal Children. Do they really deserve it?”

“You could be right, Shadow Walker. One cannot ever know for certain how someone else will react to the pressure of the moment. But she did once say to me that mercy that is deserved is not really mercy. It is fairness. It is justice. But it is not mercy.”

They had arrived at the entrance to the armory. Shadow Walker placed his arm on Tu-Swift. “You may be right, Tu-Swift, but I know one thing for certain. Many Paths would think for a long time of all the pros and cons before taking action, right?”

Tu-Swift chuckled. “I get your point. Sometimes she does go on and on and on about various possibilities. But when it’s necessary to act quickly, she acts. She doesn’t always discuss. Her natural bent is toward kindness to all things.” 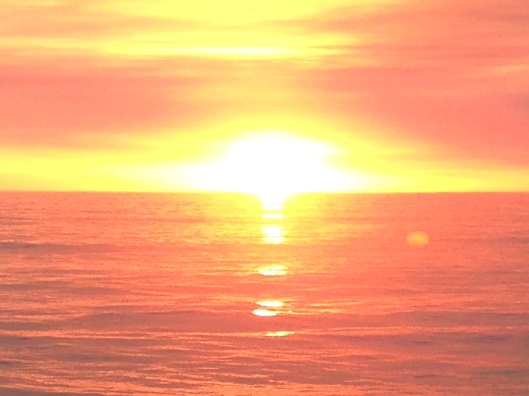 Shadow Walker nodded slowly. “Yes. You’re right. Look, this may yet be a trap. Let me stand here while you pull up the trap door. That handle…”

“Yes, it’s the same weird stuff our swords are made of. I know. Okay, here, let me ease down and I’ll pull it open. But I don’t think you will face a hail of arrows or the tip of a sword, although I am sure Many Paths would advise us to be prepared for anything!”

Tu-Swift pulled on the cold, hard ring of the trap door. Slowly, it creaked open.

The Creation Myth of the Veritas.

The Myths of the Veritas: The Orange Man.

The Myths of the Veritas: The Forgotten Field.

The Beginning of Book One.

The Beginning of Book Two.

The Pros and Cons of AI.