On Throwing Out the Baby with the Bathwater.

Babies are a pain. Let’s face it. Of course, they are. But they are also a joy. Not only that, they are the future of humanity. Yet, it’s true that they require a lot of attention. And, they have unpleasant by-products, bathwater being one of the least unpleasant. But we say, “Don’t throw out the baby with the bathwater” because we humans do have a tendency to over-emphasize whatever the negative aspects of something are and take for granted the good parts.

For example, let’s say that your furnace goes out. You are sitting there one cold, wet November evening, before winter’s knife edge of cold is softened by the splendor of a snowfall’s sparkle. No, this is an evening for complete relaxation; it’s the end of a frustrating day at work. Time to settle down with a little Jack Daniels on the minimal rocks and watch the next episode of your favorite TV show. But you find yourself thinking: “It’s cold in here!” So, up you go to see whether someone — certainly not you — has set the thermostat too low. No, you see that it’s set to 72F. But the actual temp is only 67F. No wonder it’s chilly. You put on your slippers and pad down the basement stairs to look at the furnace. It’s not running. 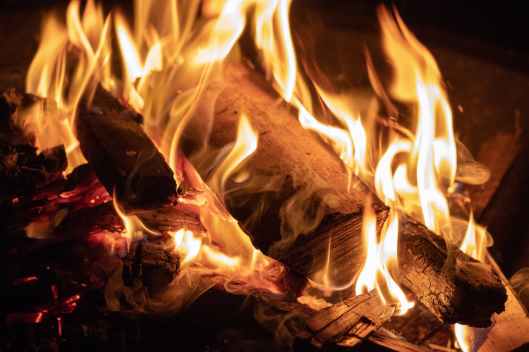 You feel that you have been cheated out of your richly deserved and eagerly awaited evening of relaxation. Instead, through no real fault of your own, you find these plans and dreams in shambles and you have to go through a series of hoops, each of which will steal some of your money, and equally important, steal some of your time away from activities you’d prefer. The path in thinking that is tempting to take is to “throw out the baby with the bathwater” and decide that the company or the manufacturer is evil. (They might be, of course; my point is simply that deciding that on the basis of the evidence at hand is not warranted). You might even decide that all heating companies or even all companies or, in extreme cases, everyone else is evil.

A similar line of thinking, again completely understandable, is something like the following. “Well, when I grew up, we just put everything in the trash. You know. We didn’t have to recycle things. If it was good enough for my parents not to recycle, it should be good enough for my kids.” It really doesn’t seem fair. After all, you were just doing what you had been taught was right and now, all of a sudden, like an infomercial embedded in a sit-com, you are supposed to do something different that does take some extra time. And why? 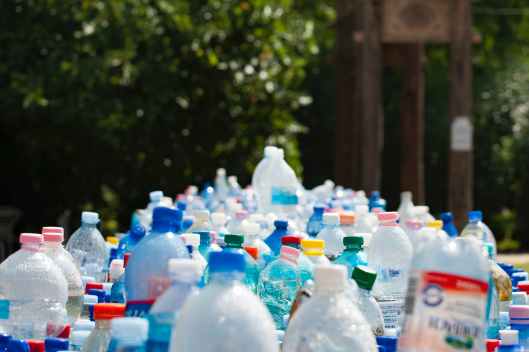 Photo by mali maeder on Pexels.com

As the population of earth grows and grows, our own behavior will inevitably be influenced by a greater and greater number of people. That would be true even without the fact that about half of earth’s 7 billion human beings now have access to the Internet. Sometimes, that interconnectedness puts constraints on your behavior or makes you feel uncomfortable. On the other hand, that same interconnectedness is what allows so many people (hopefully you included) to live in far better circumstances than did any Medieval king.

Because we humans trade skills, and natural resources, and cultural strengths, and ideas, and money throughout this whole diverse world, our standard of living is a symphony of glorious possibilities instead of a tuning fork forever singing the monotone of “Sing Johnny One Note.” But we tend to take for granted the affordable laptop, the central heating and air conditioning, the car now fitted with life-saving seat belts and air bags, the cancer treatment that saved your life, or the pollution regulation that prevented you from getting the cancer you would have gotten without those regulations. You have access, I hope, to a public library and the Internet where you can find out about the world’s great architecture, the world’s great ideas, the world’s great art. Think about that. The world’s knowledge is at your fingertips. Not just the knowledge of your family, or your town, or your state, or your country — the world’s knowledge. And, of course, it isn’t just you. More than 3.2 billion people on earth have this access. And, they can invent, and learn, and dialogue together to create a much better world.

And that much better world will necessarily be different. Being different means that people such as you and I will need to change; learn; and sometimes we will be uncomfortable. It’s understandable that it’s somewhat disconcerting. But we need to look at this in balance. The modern world gives us many good things. Yes, it has some unpleasant side-effects. If we work together though, with the knowledge of the world at hand, we should be able to find ethical and effective paths forward.

It isn’t only in terms of world-wide cooperation (or lack thereof) that we need to take a balanced look. It’s easy to get frustrated with an actual baby and temporarily forget how wonderful it is. It’s easy to get frustrated with college courses, or roommates, or spouses, or co-workers, or technology, or stop lights, or —- when what is really causing that frustration is not the totality of any one of those things. Stop lights actually speed you on your way! If you’ve ever been to a busy intersection when the traffic light stopped functioning, you’ll quickly see how much worse off things are without the traffic light.

Photo by Davis Sanchez on Pexels.com

So, please, let’s all have the best 2019 that we can. But when you encounter one of the many frustrations of modern life, let’s try to do a better job of seeing the totality of the system, not just the bothersome part. It’s not easy. When your down jacket, usually so comfortable and warm, happens to send the spiky end of a feather into your neck, it’s natural to focus for a moment on the sharp spike. Okay. We all do that. But let’s also remember that ancestors, not so long ago, would have loved to have a down jacket against the winter freeze.

Don’t throw the baby out with the bathwater!