Now that “Turing’s Nightmares” will soon be available in book form on Amazon, I will be exploring more discursively the issues raised in each chapter successively. Before turning to the specific scenarios, a word is in order on the artwork in the book. I used a variety of styles of artwork to set the mood for each scenario and chapter. One of these is a photo from a painting created by my grandfather, Roy Bryant Weimer. He was an artist and an engineer with  several patents. He was born before many of the basic technologies of today  (e.g., cars, planes, computers) were in existence. In his later years, in his artwork, he turned away from oils to watercolors and limited himself to three pigments —all oxides of metal  — so that his paintings would not change over time.

A good plan. However, as my wife and I moved from New York to California a few years ago, almost all of our possessions including most of my grandfather’s paintings were destroyed in a moving van fire. So much for anticipating the future. His painting, in the context of the book, is meant to exemplify an “old” style of painting. In the painting (shown above), an older gentleman is explaining to a youngster, probably a grandchild, about an old battle in which a castle in the background figures heavily. The young child, inspired perhaps by the tale of that battle, already has another generation of weapons (or their representations) beside him.

Turing’s Nightmares also includes a number of pictures taken by me using an iPhone. These are unprocessed. They are examples of a way of perceiving the world as it is now and using a technology that is quite popular now. 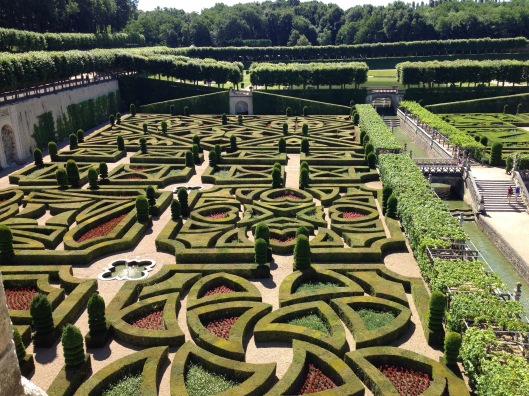 These pictures are meant to set the scene or the mood of the accompanying chapter and represent those elements of our future that may (or may not) remain relatively unchanged as AI moves forward.

Another set of pictures are those created by my son, David Thomas who has had a long career both in IT and in art/graphics. The starting points  were photographs of current day “reality”  but then processed digitally either by “dreamdeeply” software (shown below) or Tangled FX. These are meant to express the notion that there are various evolutions of what we see today into what might be in our future. Generally, the viewer of the art can see quite easily what served as the “starting point” for the image in the current reality. But there are also emergent patterns in these images that would be difficult to predict and are unlike today’s world.

Finally, there are another set of pictures created by my grandson Pierce Morgan who, like his great-great grandfather is both an engineer and an artist. These were created using traditional materials yet are apparently non-representational. In other words, they bear little resemblance to what we perceive as current reality. However, if one looks closely  at these images (like the one shown below), one can also see echoes of various objects emerging from today’s reality. Similarly, in much of my grandfather’s art, there are also a variety of hints of hidden objects thus bringing us “full circle.”