Photo by Josh Sorenson on Pexels.com

One of the fun things for me personally about beginning to work at  the IBM research Eero Saarinen building — a fascinating building for numerous reasons. For one thing, it was a 22nd century flying saucer of a Sci-Fi vibe filled with dark glass, concrete and steel. However — it walls were studded everywhere with a huge amount of beautiful and variegated natural stone. I make no claim that this has anything to do with the actual design rationale for the building, but to me, it represented the idea that the future (symbolized by the sleek design, the glass, the steel) would be achieved on a foundation that was strong; it consisted of a great number of individuals from a great diversity of background in terms of age, gender, national origin, religious backgrounds, and academic disciplines. I liked that. It made me feel good to drive to work knowing that I would be entering a building with that symbolism, a symbolism reflected in the reality of the actual working environment.

A short walk from that Eero Saarinen building lay various recreational facilities. Bernen House, for instance, had two rooms, each containing a ping pong table. Around noon, about 8-15 people would typically gather to play. If you won, you got to stay and take on the next challenger. If you won three in a row, you had to step aside any way. I’ve always been decent at table tennis. But, now I found myself playing with an entirely different class of player. These folks were excellent. As in the Research Center itself, these folks came from many different places including America, but also India, Japan, China, Middle East — all over the world, really. And, of course, playing each other was a lot of fun just because there was such a variety of playing styles.

Yes, you read that correctly. Zero players. How can that be? I can’t say for certain, but here is an analysis copied from an earlier post: (https://petersironwood.com/2018/12/20/non-linearity/)

Here’s what happened. The first day after this change happened, I went over and about fifteen people showed up. I, like everyone else, waited a long time for a game. Our “official” lunch hour was actually 42 minutes and the building was a five minute walk away. So, if you had to wait a half hour for your chance to play, it really wasn’t that much fun. In addition, there were some more subtle effects. All the players were good, but there some substantial differences in skill level. People tried to arrange it so that they played someone at about the same level. With only one table, this was trickier. In addition, when a relatively large number of people showed up, it was too crowded for everyone to see the match without interfering with play. It happened that I was too busy to go for a few days. The next time I showed up, no-one was there. Some of us talked about trying to “organize” the ping pong to insure that enough people showed up but everyone was busy and no-one wanted to take this on. Scheduling researchers is harder than you might think. It was hard for people to make a commitment to show up at noon because a meeting might run over, their manager might give them extra work, etc. The number of people showing up swung wildly for about two weeks and then stabilized.

The Death By Many Cuts

Photo by Thgusstavo Santana on Pexels.com

It was considered quite a torture actually: the death by many cuts. And, if you think about it closely enough to get mildly nauseous, you’ll understand why. But notice that everyone cuts themselves occasionally. I have cut myself shaving. I’ve cut myself using a kitchen knife. I’ve cut myself on sharp paper. I’ve cut myself with my own tennis racquet. I’ve obviously lived to tell the tale. A minor cut is not fatal. But a thousand will be.

If you were chained in a cold, damp prison cell and each day, someone came in and cut you badly enough that it took awhile for the bleeding to stop, it would be difficult to think of anything terribly pleasant, but you might as well, if you possibly could. Anyway, every living thing is like this — there is a range in which it is able to recover and recuperate and a point beyond which death is the outcome. That’s true about temperature, dehydration, infection — any insult to the system eventually becomes fatal. It’s true of dogs, cats, humans, birds, teams, corporations, nations, and coalitions. It’s hard to predict precisely which straw will break the camel’s back, but it is certain that the back will break eventually.

Photo by Cameron Casey on Pexels.com

But let’s not leave you in that dark, dank cell, chained to the wall without at least doing you the courtesy of delving into your fate. I think you would find it rather annoying to be cut each day, knowing full well that at some point, you will die, but having no idea when. Your torturer might be a novice and accidentally cut an artery the very first day. Or, you might get a bad infection that kills you in a few days, long before you were supposed to bleed to death. In any case, the outcome is certain, barring some miracle.

Now, imagine that you are in that stony cell, and the torturer tells you that they will destroy you, one piece at a time. He adds though, that before you’re cut, even once, you are shown a button on the wall, well within reach. It is explained that if you push that button, you’ll be free to go, no hard feelings and not a single scar. But if you didn’t push the button, you’d be cut. After that, if you felt like it, you could push the button and leave with just one scar.

Apparently, some people in that position would be curious. “Well, it’s only one cut. Let’s see how bad that really is. If it’s bad, I’ll just quit. One scar. No big deal.” The torturer comes in and slices them. Now, they look over at the button and they think, “Well, I’ve come this far. It’s kind of interesting trying to figure out where he’s going to cut me next.”

The next day, in this scenario, the blue button is once again appealing, and yet — that hypothetical prisoner (certainly not you, right?) chooses instead, another slice be taken. He feels comfort in the idea that he could, at any time, end this if he chooses, simply by pressing the button. Maybe he will see just how far he can go. But he’ll stop one short of killing himself.

I suspect you’re thinking that no-one would possibly do such a thing; that it’s ridiculous.

No-one would do such a thing?

How about an alcoholic or drug addict who regularly takes a dose that is very nearly lethal? How about a person who spends most of their life in a job that saps their soul because it’s never quite the right time to leave? How about the gambler who, from anyone else’s perspective, will eventually gamble away his fortune, his family, and his future — but they gamble it away regardless of every friend’s warning. They’d rather lose their friends than keep hearing the bad news about how destructive their behavior is. They’ll find new friends. Those friends will likely share the same addiction. And, rather than challenge his beliefs about how he just needs to get that one good break and he’ll be successful & famous, they’ll be agreeing with this unlikely scenario. Oh, my yes, he’ll be the one heading the parade and he’ll be made of money and all the people who laughed at him before will be singing his praises. He might say, just in so many words: “I just need that one good break!” And his new pals will say, “I know! I know!” Because they have very similar delusions.

Of course, if there is a dollar to be made, there will be people aiding and abetting in the creation and propagation of such illusions. For example, the casino advertisements will show people winning and jumping up with joy. I’ve been to Los Vegas for a conference and in my observation, the winners at the slot machines did not jump for joy. Instead, they would wordlessly take their new stack of quarters and begin feeding them back to the machine. How many jumps for joy did I see? Zero. I didn’t even see a change of expression. 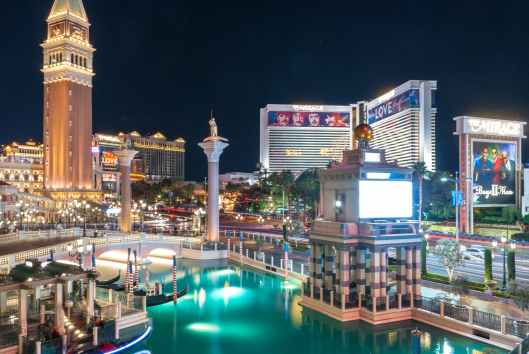 Photo by David Vives on Pexels.com

And here’s the thing. Numbers matter. Occasionally being subjected to information that is erroneous will likely not move your opinion all that much. On the other hand, if you are subjected to relentless, targeted, misinformation all targeted at keeping you addicted to whatever it is: alcohol, tobacco, firearms, gambling, fast food, opioids, etc., it makes it that much harder to stop being self-destructive.

In the “best case,” you’ll convince enough people to become addicted, that people will do much of your “advertising” for you. For instance, how many sit-com episodes have you seen in which someone is emotionally upset about something and their friend says something on the order of: “You know what we need to do? We need to get drunk!” Dealing with problems in this matter has become normalized in the culture.

What you see much less of are relentless, targeted, misinformation campaigns telling you about the benefits of chess, say, or playing a musical instrument, or dancing, or reading widely, or learning a foreign language. There’s a bit of advertising and perhaps a claim may be exaggerated here or there.

It is nothing like the campaigns to get you to do self-destructive things. Chess, music, dancing etc. all have actual benefits. When it comes to self-destructive behaviors, you need illusions to keep you hooked. You may be able to generate those all by yourself, but it certainly helps to have friends who share your illusions and your collective illusions are much more likely to gel with a large enough community of the like-minded if it is all jump-started with a large infusion of cash whether it’s from a consortium of casinos, pharmacy companies, or Russian oil oligarchs.

Are we, as Neil Postman claims “Amusing Ourselves to Death“?

You Bet Your Life

1 thought on “By the Numbers”