Eagle Eyes and Lion Slayer moved swiftly away from the walled city, at first walking rapidly and later running quickly. They had both been shaken badly by seeing the killing stick. When they were sufficiently far from the city, and into a copse of white birches, they stopped to catch their breath and talk about what they had witnessed.

Lion Slayer responded simply by slowly shaking his head from side to side.

They simply stared at each other for some time. At last, Eagle Eyes put into words what they both felt. “What was that? What did we just see?”

Lion Slayer answered, “I have no idea for what it even could be. I have never seen or heard of such a thing.”

“Nor I!” said Eagle Eyes. “But I am fairly certain it was real and not play acting or ritual. The screams of pain were too real. If that was Nut-Pi, that is very bad news indeed.” 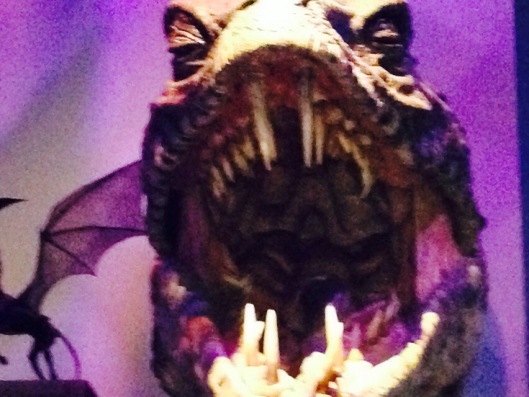 Eagle Eyes looked for a moment at Lion Slayer. “I’m glad you eventually came to fight on our side instead of working with Nut-Pi.”

“Yes,” said Lion Slayer. “So am I. In fact, all of Nomads of the South as you call us — we feel that way. Nut-Pi is cruel and treacherous. He is quite possibly the one who began this stealing of children. My brother was one of the people who first spoke to the Cupiditas. Nut-Pi was not a nice person. Not at all. But he had a way of talking…it would make you think he was on your side and doing you a favor, but — no, no, don’t shake your head. I am not making excuses. It’s just…I’m agreeing with you. Nut-Pi has a giant city. He may have horses. He is very cruel, but he’s also a very persuasive liar to some. My brother never fell for it, but some of the Elders did. Frankly, I think the Cupiditas envied the Veritas.”

Eagle Eyes, “Why? Never mind. But now there is the killing stick! We don’t know what it is or why they steal children or how many killing sticks they have or how they work. We must get back and warn the Veritas.”

“But we could stay and find out more. Perhaps we could even steal some such killing sticks!” suggested Lion Slayer.

“What?! What honor would be in such a kill? Nut-Pi showed no strength or skill. And it certainly was not a fair fight. Who would want to kill in such a way? Perhaps only Nut-Pi. Although…”

“I wonder,” began Eagle Eyes, “if using such killing sticks makes a person into someone like Nut-Pi. But, no we must get this much information back there as swiftly as possible. We might learn more and we might not, and meanwhile, we might get captured and they would torture us for information about how best to destroy both our tribes! We can speculate further as we run. Come on!”

They began to jog. Lion Slayer ran alongside through some sparse woods and then onto a burned field. “Do you know the way back to the Veritas from where we are?”

“I know the direction but am not familiar with the terrain. Though as you see, we are lucky enough to have a sunny day with many small clouds.” Eagle Eyes glanced over at Lion Slayer.

He said, “You mean because the clouds will keep it from being too hot or because it’s easier to know your direction when the sun’s out?”

She said, “No. Both of those are true. But I speak of a third thing. The clouds help reveal the terrain beneath them.”

Lion Slayer frowned. He took some even deeper breaths to ‘save up’ for more dialogue. “What mean you? Clouds reveal terrain? Clouds are clouds.”

Eagle Eyes said, “Clouds do have their own nature. But it not just water that reflects. Everything reflects everything. Of course, the clouds are not like a still lake. But have you noticed that the water appears different when the sky is dark and cloudy from how it appears when the sky is clear and blue?” 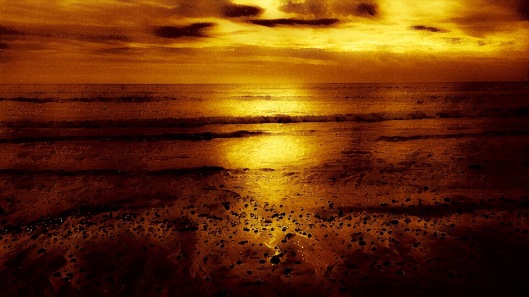 Lion Slayer answered, “Yes, but that’s because water reflects everything.”

Eagle Eyes smiled and said, “Indeed. Because everything reflects everything.”

Lion Slayer kept jogging but paused in his speech. At last, he said, “All right. Everything reflects everything, but not so you can see anything!”

Eagle Eyes continued, “First, and perhaps most importantly, do you see any flickers of red up there?”

Lion Slayer considered, “No, but I never do except at sunup and sundown.”

Eagle Eyes shook her head, “If you ever know of a fire and there are such clouds as these, look and you will see. It can be pretty obvious. The others are a little more subtle. Look north and then look south and tell me what you see in the colors.”

Lion Slayer at last said, “They are different colors and shades and shadows both places. They aren’t one color or another!”

Eagle Eyes allowed herself a small chuckle. “Of course not. I don’t mean the cloud will be colored blue like a blueberry or white like a sun-bleached skull. Subtle. Subtle.”

They came to a well worn path but had to run single file. Eagle Eyes jogged on in the lead with Lion Slayer a few strides behind. They ran on in silence for a time enjoying the motion, and enjoying the slow descent. They also enjoyed not being on constant guard against discovery by the Z-LOTZ.

At last, Lion Slayer broke the silence. “I’m not sure. But it seems like north is whiter and south is slightly more yellow. But it’s crazy. There’s no such thing or people would have told me.”

Eagle Eyes said, “I wasn’t taught either. And that seems strange. Maybe the elders want kids to figure it out for themselves. But it might be that I noticed it because…well, I notice things.”

Lion Slayer tried to pay a compliment, “You do.  Have. Good eyes!”

Eagle Eyes said, “Thank you, but it isn’t just things I see. I hear things too. For instance, I hear from your breathing that you need a short break.”

Eagle Eyes stopped. “Fine. I need a short break. We’ll make better time if we don’t wear ourselves out. Plus there is water up ahead.”

Lion Slayer said, “You see that in the clouds?”

Eagle Eyes answered, “No, I see it in the plants and the trees. You don’t have this kind of lushness in your country. For you, the signs of water are quite obvious. There is desert and there is oasis. Right?”

Lion Slayer nodded, “Yes, that’s true. Although, in the deep desert, one may sometimes see an oasis that is not really there. We call them a mirage. An oasis that lies.”

Eagle Eyes nodded. “I hate lies. But I don’t think the oasis is lying really. I think what you are seeing is a reflection. But not off clouds and not off water. So…what could such a thing be reflecting from?”

Lion Slayer could now feel his legs becoming heavy. Eagle Eyes had been right. He did need to get a drink and stretch & take a short break.

Reluctant to start a fire whose smoke might still be visible to Z-LOTZ scouts, Eagle Eyes shared the remainder of her pemmican provision. They ate silently for a time and sipped the cool fresh water that had indeed been where Eagle Eyes had predicted it to be. They agreed that they would walk for awhile and then jog again in the afternoon. As they walked, the conversation again turned toward the killing sticks.

Eagle Eyes wondered aloud, “How would you feel if you killed an enemy with such a killing stick — especially if they had no killing stick of their own? Would you feel any sense of victory? Any pride? Or, would you become something like Nut-Pi? I don’t know. I used eagles against someone with no eagles. I used a change in the river’s course against those who had no idea that such was possible. But there was always some risk on both sides. What if you could kill someone from the other side of a mountain? Never having to see their face? Killing is not the first answer ever, but how does this strike you?”

Lion Slayer sighed. “If it were up to me, we would not use weapons at all. We would wrestle — something I am quite skilled at. But I can see why someone who is not so good a wrestler might prefer to use a club or knife. For honor though, the combatants must be equally matched. If they use killing sticks, we need to get some as well.”

Beginning of the Myths of the Veritas

Beginning of Book Two of the Myths of the Veritas

2 thoughts on “Is there Honor in Killing Sticks?”